After a history-making weekend of qualifying featuring ultra-fast speeds, unpredictable weather conditions and a couple of incredible saves, the field of 33 for the 106th running of the Indianapolis 500 (Monday morning, AEST) is set.

Before we focus on who can win the race, here are some talking points arising from a weekend of speed trials no one who witnessed it will soon forget:

What more is there to say about the Brisbane-born New Zealander than has already been said? His fifth Indianapolis 500 pole – second-most, all-time – came thanks to a four-lap average of 234.046mph (376.661km) that is the fastest-ever pole qualifying run (Arie Luyendyk’s run in 1996, the fastest-ever, was not set during qualifying), besting a record held by the late, great Scott Brayton since 1996.

It’s still hard to fathom that, with his success in pole qualifying at Indianapolis and success in the IndyCar Series as a whole, Dixon only has one win in the sport’s most prestigious race. Add to that, he is in his longest losing streak since 2005!

The way things went for the Ice Man on Monday, we may not be discussing either of those two anomalies for much longer, following what was unquestionably a staggering moment of historical importance on Sunday

From one Kiwi to another, and from one end of the Indianapolis 500 experience scale to the other, the Team Penkse decision to withdraw McLaughlin’s initial qualifying speed that had him 15th fastest in order to try and sneak into the Fast Twelve. A lacklustre four-lap attempt second time around sees the Kiwi line up from 26th, 11 positions back from where he would have started following his first qualifying run.

On a row with rising American star Colton Herta (winner of the road course race at IMS to start the month of May) and four-time Indianapolis 500 winner Helio Castroneves, McLaughlin is at least in very good company. Watching his efforts to get to the front in the early laps should be very entertaining.

Given Roger Penske’s team has won 18 times at the Indianapolis 500 and is a perennial contender, it was strange to see Australian Will Power the fastest of the three cars from that stable, and the only one to qualify for the Fast Twelve on Sunday afternoon.

Josef Newgarden starts three positions back of Power, and McLaughlin 12 back of the Nashville native. That said, counting out Penske’s cars on race day would be unwise. Lots can – and almost certainly will – happen over the 200 laps that make up the 500-mile race distance. 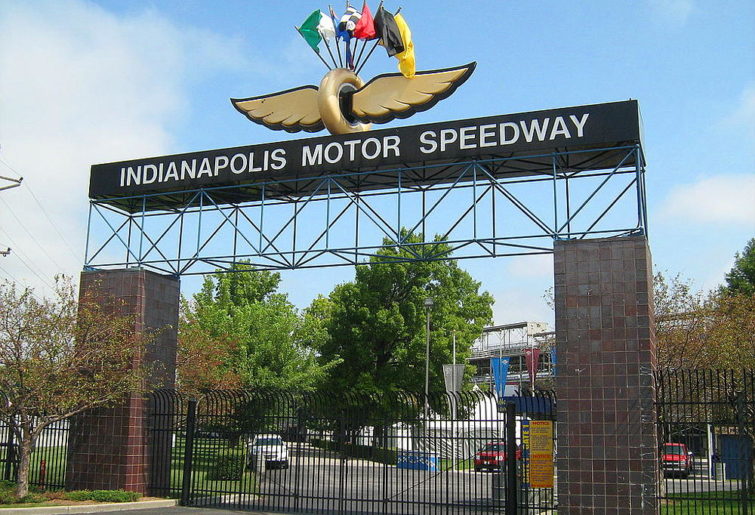 Despite the loss of key driving and engineering talent over the last few seasons, plus the fact that this Chicago-based team doesn’t have the same budget as the Penske’s and Andretti’s, Dale Coyne Racing keeps on keeping on, holding up their end of IndyCar’s David versus Goliath struggle.

The combination of two-time Indianapolis 500 winner Takuma Sato with rookie David Malukas has been strong and consistent since they unloaded for the first practice session of the month. Malukas will start 13th, the third-best rookie in qualifying (behind the ultra-credentialed Jimmie Johnson and Romain Grosjean) and Sato was – entertainingly, it must be said – on the ragged edge all through qualifying, and will start in tenth.

If you’re looking for, if not a wholly-dark horse, a dark-ish one, hard to look past Sato on Sunday.

Qualifying success for Indianapolis 500-only Drivers

Santino Ferrucci in 15th, JR Hildebrand in 17th – both qualified ahead of established drivers like Alexander Rossi, Graham Rahal and Conor Daly. Impressive from guys who aren’t in these cars week-in, week-out.

It’s one of the great whole-of-team qualifying efforts I can ever remember at Indianapolis and, all things being equal, it’s hard to look past one of Chip’s rapid fivesome going to victory lane next week.

Whilst not quite as prolific as the Ganassi squad, the team owned by the sole owner-driver in the series had a great Sunday. It’s a well-established fact that ECR are good when it comes to qualifying at Indianapolis, and 2022 was no exception to that rule.

Flying Dutchman Rinus VeeKay will start on the outside of the front row, and the hometown hero, Ed Carpenter, is right behind in fourth. The problem for Carpenter as a driver and team owner has been converting qualifying pace into race pace. Yet again, he’s in striking position.

Via the IndyCar app and IndyCar.com, Mark Jaynes anchors the legendary IMS Radio Network coverage of all practice, qualifying and race action. The driver analyst is Davey Hamilton, with Nick Yeoman, Michael Young, Jake Query and Chris Denari calling the action from the turns.