The Warriors will stand by coach Nathan Brown for the rest of the season but owner Mark Robinson has revealed his position will be reviewed at the end of the year.

Robinson told stuff.co.nz that the club would not be making any mid-season changes despite the team struggling to a disappointing 4-8 record to sit in 12th spot at the mid-point of their campaign.

“We’re not looking any coaching changes until the end of season and after the reviews,” Robinson said.

“We’re happy with our coach and no decision is going to be made until the end of the year, when the season is over and we have a debrief.”

Robinson punted Stephen Kearney midway through the 2020 season despite the former Kiwi international having two further years left on his contract.Brown’s deal runs until the end of next year and after an 8-16 record to finish 12th last season, pressure is growing on the former Newcastle mentor to turn the Warriors’ fortunes around.

The club has had to deal with being based away from home in Australia since the start of the COVID-19 pandemic more than two years ago but will return to Auckland full-time next season after playing its final four matches at Mt Smart Stadium, flying in and out from their 2022 base at Redcliffe.

Michael Maguire’s tenure as Wests Tigers coach is again under intense scrutiny with the club announcing a mid-season review into operations in the wake of another mediocre campaign.

The Tigers are 3-9, ahead of only Canterbury on the ladder, at the halfway mark of the season after their 44-18 thrashing at the hands of South Sydney on Saturday night.

Head of football Tim Sheens is conducting the review which will investigate what is going wrong in several departments at the club.

After narrowly surviving with his job after a similar review at the end of last season, Maguire may not remain at the helm this time around.

The Tigers have the bye this week and do not play again until next Sunday when they host Manly at Campbelltown so if the club is looking to make a change to the head coach’s position, it could be an opportune time to act. 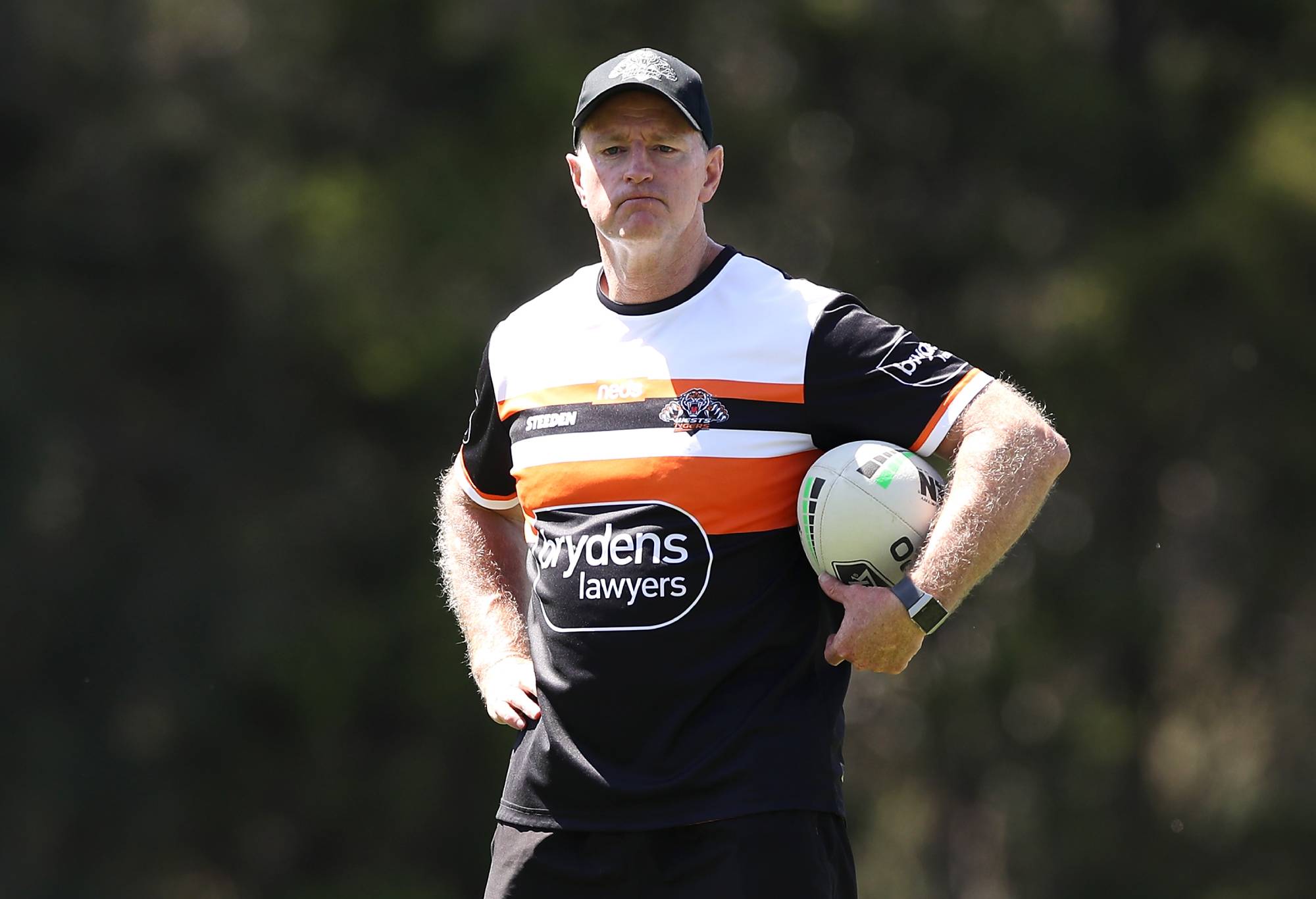 Sheens is set to make his recommendations to the board within the next week.

Maguire is contracted until the end of next year.

In his first three seasons at the club, the team has gone from yet another ninth-placed finish to 11th in 2020 and 13th last year.

They have been hit hard by injuries and suspension this year with Adam Doueihi, Daine Laurie, Tommy Talau, Stefano Utoikamanu and Jackson Hastings among those who have spent time on the sidelines.

Maguire, who won a premiership with South Sydney in 2014, has been criticised for being too hard on his players and being unable to attract high-profile recruits.

The Tigers have gone close to signing stars like Latrell Mitchell, Josh Addo-Carr and Tevita Pangai jnr in recent years but they opted to head elsewhere. 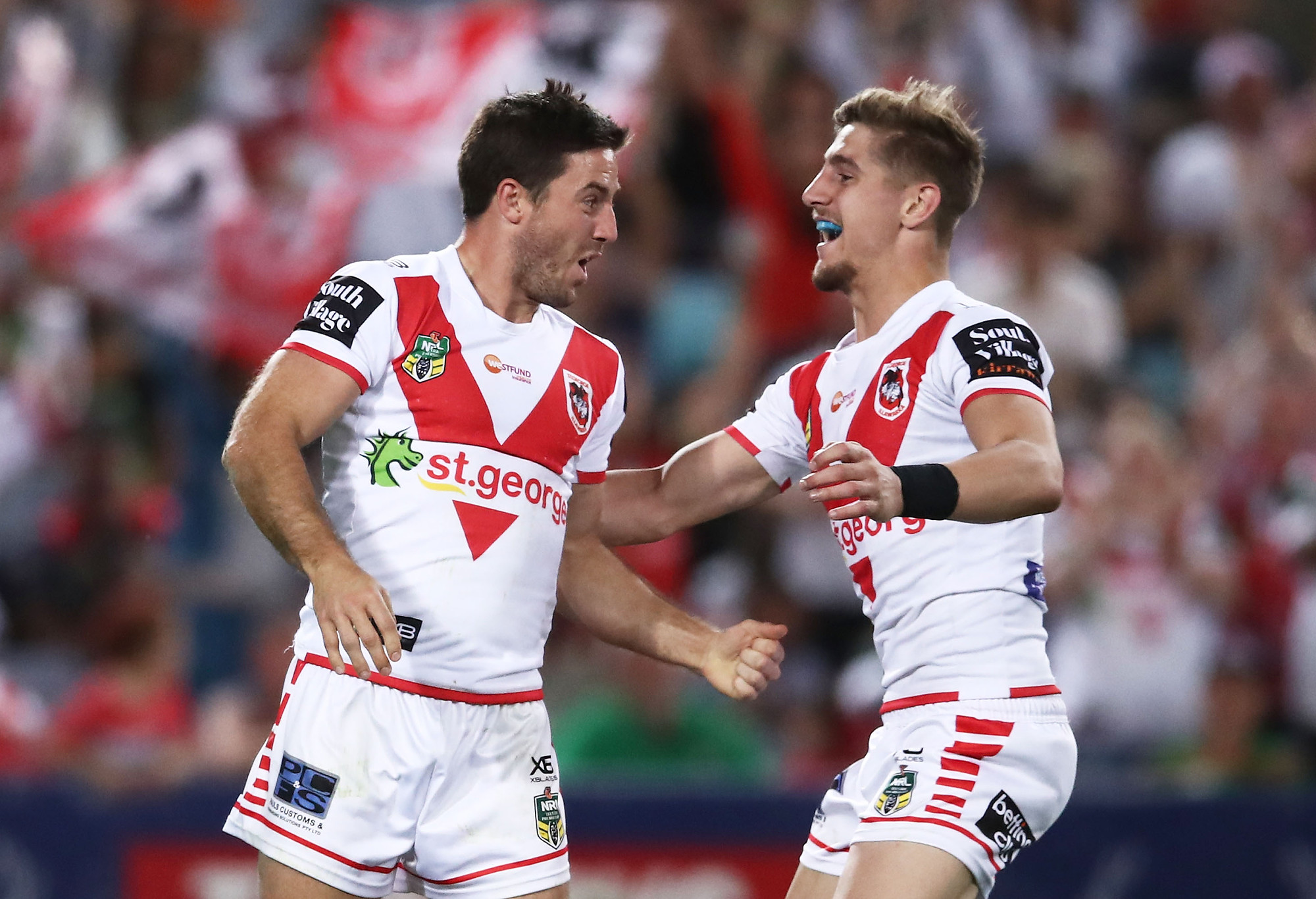 Dragons halfback Ben Hunt has leapfrogged Panthers lock Isaah Yeo in the race to win the Dally M Medal after another fine captain’s knock in Round 12.

Hunt led St George Illawarra to victory after a few anxious moments in their rumble with the Bulldogs at Belmore on Sunday to overtake Yeo at the top of the leaderboard.

Panthers fullback Dylan Edwards has moved into medal contention after picking up all three votes from judge Steve Roach in the 22-0 shut-out of the Cowboys at Penrith last Friday night.

Edwards is equal-sixth and six votes behind Hunt but is in career-best form for the premiers.

Former Parramatta utility back Bevan French has fulfilled a wish from his dying mother by helping Wigan bring home the Challenge Cup for a record-extending 20th time.

The 26-year-old Australian returned home last year to care for his mother during her illness and he missed the start of the 2022 season after being given further compassionate leave following her death.

French says his mother encouraged him to return to Wigan and help them win silverware to repay them for their support during his difficult time.

“It is emotional,” French said after the Warriors’ thrilling 16-14 win over Huddersfield on Saturday.

“Everyone in the squad spoke on a personal level about what a win would mean to them. They spoke about helping the club and the friendships and everything.

“A lot of them got deep and that (his mum) was it for me. The last 12 months have been a bit tough and I felt like today it all came down to this moment.

“I don’t know, it still doesn’t seem real. It’s crazy because my mum and I spoke about this sort of thing when she was still here.

“She wanted me to come back here and, I guess as a tribute in some kind of way, to bring some silverware to Wigan because of the way they supported me during that period.

“I spoke about it with my mum in the past 12 months and to finally come here and do it, in the way that we did it, I’m still soaking it all in.”

Wigan were outplayed for long periods of the match and needed a try four minutes from the end by winger Liam Marshall to see them home.

French, whose uncle Nathan Blacklock won the cup with Hull in 2005, says the action from the Tottenham Hotspur Stadium was watched by his friends and family back home in Tingha, New South Wales.

“I’m glad to get the win for them and obviously for everyone at the club too,” he said. “Like I said, it was a really personal thing for everyone.”