News
30th May, 2022
0
Join the conversation
Advertisement
Write for The Roar

The French government has blamed massive ticket fraud and Liverpool’s handling of its fans for the crowd trouble, which marred the club’s Champions League football final against Real Madrid in Paris over the weekend.

But as a blame game over the fiasco continued into Monday, British Prime Minister Boris Johnson described the scenes outside the national stadium, which saw some fans including children tear-gassed by French police, as deeply upsetting.

Interior Minister Gerald Darmanin said Liverpool had provided its supporters with paper tickets, and not electronic, which allowed for the possibility of what he described as a “massive fraud on an industrial scale”.

More than two thirds of the tickets presented by some 62,000 Liverpool supporters had been fakes, the minister added.

“I want to say once again that the decisions taken prevented deaths or serious injury,” Darmanin told reporters after holding an emergency meeting on Monday.

The match was delayed by more than 35 minutes after police tried to hold back people attempting to force their way into the national stadium without tickets. Some ticket holders complained that they were not let in.

Television footage showed images of young men who did not appear to be wearing red Liverpool jerseys jumping the gates of the stadium and running away from security to get into the match. 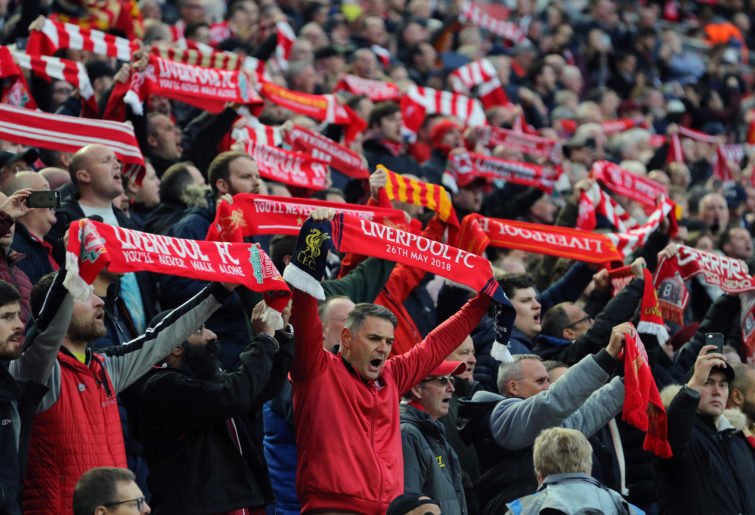 Others outside, including women and youngsters, were tear-gassed by riot police, said a Reuters witness.

The crowd trouble has become a political issue ahead of next month’s parliamentary elections and embarrassed France, which hosts the Rugby World Cup in 2023 and the Olympic Games in 2024.

Britain’s Johnson was hugely disappointed by how Liverpool football fans were treated at the Champions League final in Paris, his spokesman said.

“The footage from the Stade de France this weekend was deeply upsetting and concerning. We know many Liverpool fans travelled to Paris in good time … and we’re hugely disappointed by how they were treated,” the spokesman said.

“We are urging UEFA to work closely with the French authorities on a full investigation and to publish those findings.”

Darmanin said there were no problems with Real Madrid supporters at Saturday’s match, most of whom he said had received electronic tickets, and that the Spanish side had managed to control their travelling fans better than Liverpool.