Over 80,000 people attended the Collingwood versus Carlton clash at the MCG last Sunday, as two historical rivals re-ignited a competitive fire that has existed for 130 years.

Whether Australian rules football is your thing or not, there is something rather commendable about two suburban clubs drawing such a monstrous crowd and providing a contest and atmosphere that remains unrivalled by any other domestic competition in the land.

If you dislike the code, you will care little for that assessment of the occasion, yet for those who consume more than just a football diet, the match was another example of just how well the AFL has done over the last 30 years in terms of crafting and managing its brand and maintaining an event feel in its big matches.

In contrast, two A-League Men teams with a combined life span of less than 20 years met a day earlier in a grand final that was played in front of 22,495 people at AAMI Park.

It was a brilliant end to the A-League Men season where a fairy tale was written and the even competitiveness of the league was fully on show.

Aside from the two teams involved in the match, Melbourne Victory and Adelaide United devotees would have watched with a sense of frustration, knowing full well they were mighty close to participating in the decider and were capable of lifting the silverware that now resides in the Western United trophy cabinet.

In fact, fans of the Mariners and Phoenix might also remain convinced that their boys were a little unlucky not to have advanced deeper into the finals and on reflection, it does seem clear that each of the six semi-finalists had a right to believe they were capable of clasping history on the final day. 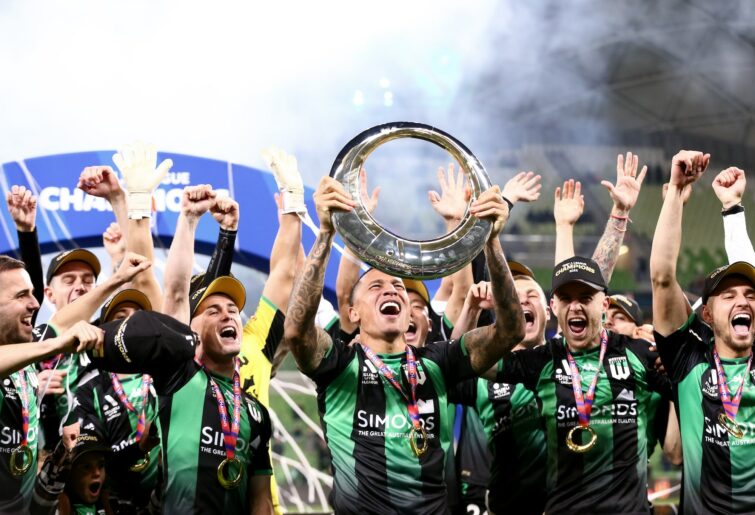 While I did spot a few Eddie McGuire-type comments on social media, mocking what some perceived as an embarrassing two-thirds-full venue hosting Australian football’s showpiece event, there was nothing about the evening to regret, bemoan or lament, except for Melbourne City fans of course.

The contextual reality is that a modern stadium accommodated every person in Melbourne motivated enough to attend, a few hundred thousand others were watching at home or on mobile devices, and two excellent football teams played out a compelling and entertaining game of ‘soccer’.

And we can expect nothing more.

Aside from the potential participation of clubs capable of putting a few more bums on seats, the A-League Men grand final summed up the size, scope and influence of football in Australia perfectly and we should celebrate that.

It gets a little tiresome hearing people perpetuate the silver-bullet myth that promotion/relegation will magically transform the game in Australia, or that a national second division will somehow be established without the inevitable stress, financial strain and uncertainty.

I’m a little sick of hearing about the newly acquired funds now available to the APL and the wild and unsubstantiated rumours of new marquee signings that will suddenly change the domestic game forever.

Even if true, they would not. Australian football, as all institutions do, lives within a finite space.

There is a finite number of interested eyeballs, players, club members and most importantly dollars to which the game has access.

Not all media outlets are keen to promote football as aggressively and/or keenly as other sports, as the return simply does not merit such an approach.

Those involved in the game at grassroots, local club and A-League Men level have always been so as a result of their passion and not for any tangible or intangible profit.

This has been the case in broadcasting, with the current rights holders constantly citing a vision for and commitment to football as the key motivations behind their long game approach. 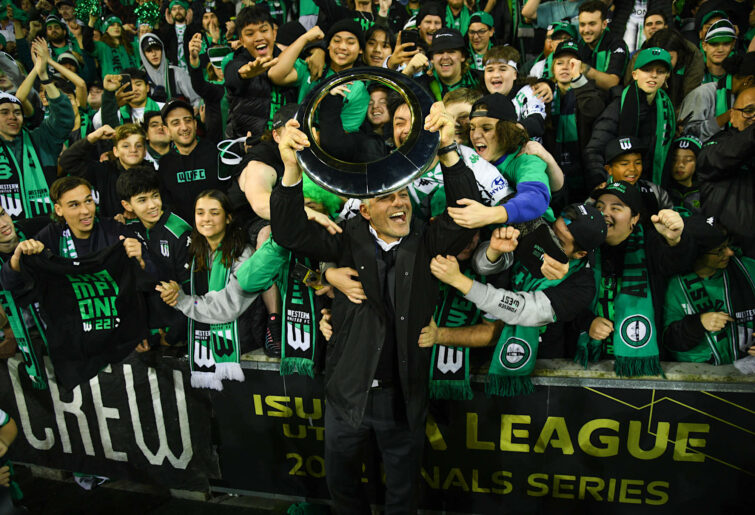 The A-League Men salary cap is dwarfed by its AFL and NRL equivalents, enunciating the simple and cold mathematical realities that those governing the game face.

Bluntly, the A-League Men is about as big as it can be right now and perhaps less doom saying and more celebration of its assets should be mentioned more frequently in its surrounding narrative.

There is nothing wrong with two clubs playing a decider in front of 22,000 people, nor any problem in accepting the fact that an average attendance of 10,000 for all clubs across an entire season is decent.

Yes, any young boys with immense potential will head abroad to potentially earn coin they could not even dream of in Australia and there is zero chance of A-League Men football being broadcast on free-to-air television stations at the expense of either of the two biggest codes in most of our lifetimes.

Yet those realities don’t stop many people expressing frustration and fury towards those governing Australian football at the top level, seemingly of the belief that if they made a few better decisions the national competitions would magically transform in terms of their international status and standard.

The A-Leagues will transform, over time and in their own time. They are what they are and even so, I find them enjoyable to watch.

Perhaps it is best that fans resist dreaming too big and reaching for the stars, instead welcoming incremental change and understanding that our grandchildren may be the first generation to see just how big the A-Leagues can become.