Three years after the Warriors were raging hot favourites as they entered the NBA Finals, they are back.

They lost that series to Toronto in possibly the greatest upset in NBA history.

The Warriors’ dynasty is alive again after two years ruined by injuries but despite being an odds-on proposition as a higher seed holding home-court advantage with the bookmakers to account for Boston, they only have to cast their minds back to 2019 to realise how quickly fortunes can change.

That was of course a series of unfortunate events in the worst possible way for Steve Kerr’s team with Kevin Durant’s torn Achilles and Klay Thompson’s ACL rupture cruelling their hopes of a fourth title in the space of five years.

Even though Durant is now long gone, Thompson is back after nearly two years out to pair up with Steph Curry and Draymond Green in search of more rings.

For a veteran core to make it back to the Finals they need new pieces around the edge and they’ve done so by being savvy. When they knew Durant was leaving they turned his exit into a sign and trade so they got an asset in return from Brooklyn.

That became young guard D’Angelo Russell, who was eventually dealt to Minnesota for an under-performing No.1 pick in Andrew Wiggins and a first-rounder, which became Jonathan Kuminga. Wiggins has his detractors but he was integral in limiting Luka Doncic during the Western Conference finals.

And the other key support player they’ve unearthed to not only back up their Big Three but occasionally outshine their star quartet is Jordan Poole.

The Splash Brothers go with Poole like a good pun should.

Golden State were criticised when they took the plunge with Poole with a late first-round pick on a point guard who was projected to not even get drafted in the second round. 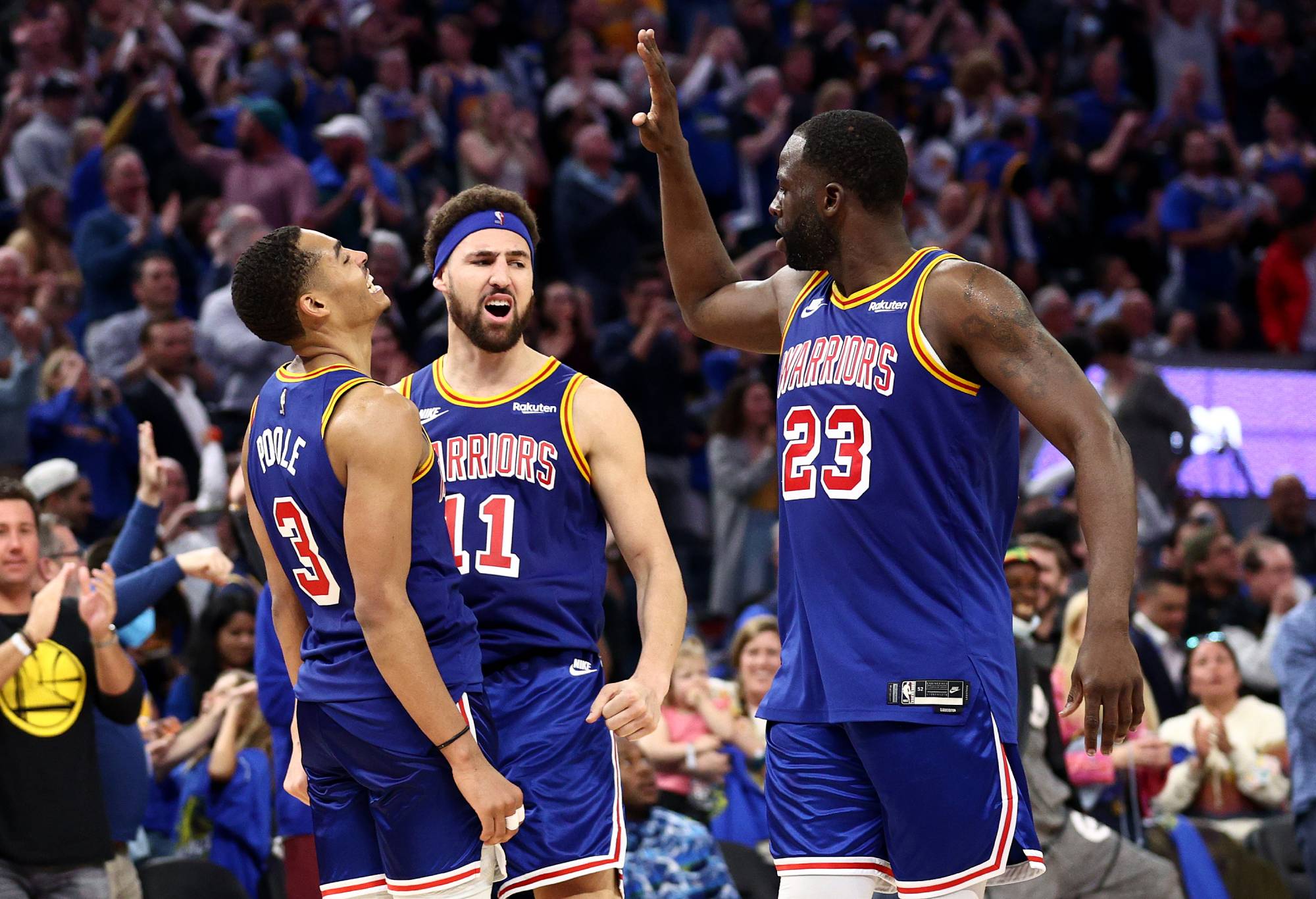 When he was sent back to the G-League last season in his sophomore year, it looked like the naysayers’ got this one right.

But he has improved out of sight this season to go from an average 12 points and a couple of rebounds and assists to splits of 18.5, 3.4 and 4. If not for Ja Morant exponentially soaring into the Memphis stratosphere, Poole would have won the NBA’s Most Improved Player trophy.

Aside from a repeat similar to the Durant/Thompson injury catastrophe, the Warriors should overcome the Celtics in the Finals when they tip off on Friday. 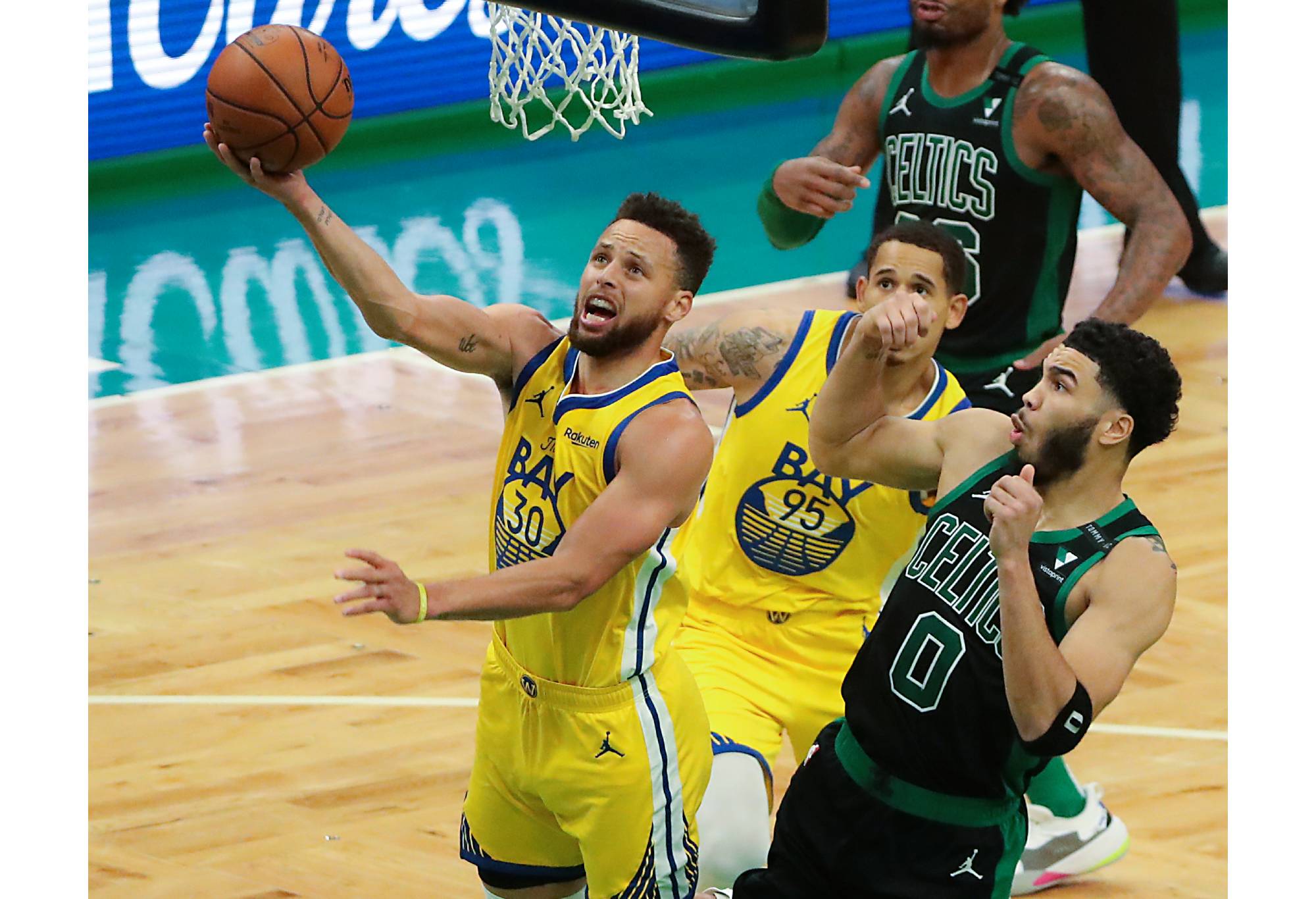 Boston have taken a much tougher path to the finale, overcoming Miami in a physical seven-game slugfest after also going the distance in ending Milwaukee’s title defence.

Their first-round opponents, Brooklyn, also gave them tough contests but Boston won all four of them to at least give themselves some extra rest early in the playoffs.

Boston’s main man has only just turned 24 but this is his fifth playoff run in as many seasons. The No.3 pick from the 2017 draft – acquired when the Celtics traded down from one to fleece Philadelphia, who busted out with Markelle Fultz – has not had the luxury of learning his craft out of the spotlight with a struggling team like most high draft picks.

The final gift from the Nets trade bonanza four years earlier when Paul Pierce and Kevin Garnett were sent to Brooklyn, he may be the Celtics’ longest lasting one too.

Tatum, now a three-time All Star who made the All NBA First Team for the first time last month, is the hardest type of player for the Warriors to guard.

The lanky forward is too tall for their best perimeter defender in Thompson, who also does not have the speed he once has had to keep up with Tatum.

He’s too quick for their biggest defender in Green although the Warriors veteran will switch onto Tatum whenever necessary.

That means Wiggins will again be the unlikely key to Golden State’s fortunes. The much-maligned first-time All Star doesn’t have to score many points, if any, to do his job in the Finals.

If he can get in the grill of Tatum – who averaged a career-high 26.9 this season and has maintained that output in the playoffs – then Golden State has too much firepower for Boston’s secondary scorers in Jaylen Brown, Marcus Smart and co.

The Celtics have exactly zero players on their roster with Finals experience but they have the edge overall in defence but there’s only so much they can do to limit Curry, Thompson and Poole, and those defensive efforts are only meaningful if they can put the ball in the basket at the other end.

Boston have had a happy knack of giving the Warriors grief ever since their post-season success started eight years ago. ESPN flashed up an amazing stat on the broadcast after the Celts accounted for Miami which showed they are the only team which has a winning percentage above 50% against the Warriors since 2014 with a 9-7 record, well ahead of Toronto (9-12) and San Antonio (14-21).

This will not be the Golden State cakewalk that many are predicting but after becoming just the third franchise to make the Finals six times in an eight-year stretch, the Warriors should be able to outshoot their opponents, particularly in crunch time.