Formula One’s oldest and most successful team arrived into the new era of technical regulations in 2022 with such hype and prospect, that it could have been safe to predict they’d at last break their drought of championships.

That would also be suggesting that Ferrari have finally learnt from past mistakes, which has seen them starved of title success since the retired Kimi Räikkönen won for them in 2007. So wrong would that suggestion have been.

Seven rounds into a bumper 22-race season and already shades of the Scuderia’s mediocre past are beginning to come forth. Having led both championships comfortably following Charles Leclerc’s crushing Australian Grand Prix victory, few could’ve foretold after three events they’d be in arrears.

The 24-year old Leclerc spearheaded Ferrari’s strong opening phase of the season, having seen off reigning world champion Max Verstappen in a wheel-to-wheel battle in Bahrain. That was before the Dutchman returned serve in Saudi Arabia.

Reliability reared its head again for Red Bull in Melbourne, resulting in a second retirement in three races for Verstappen – with Leclerc’s dominance only rubbing salt in the wound.

Yet the usual litany of driver and team-enforced errors, which famously saw Ferrari’s most recent championship bids destabilised in 2017 and 2018, have crept into their 2022 campaign. 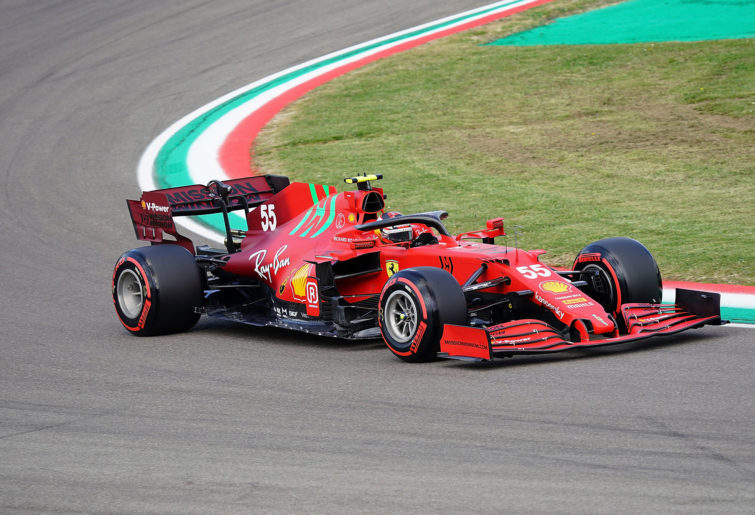 Their first home race at Imola saw a resurgent Red Bull and even when it was obvious that finishing third to Verstappen’s victory would’ve limited the damage – Leclerc went and almost binned it with ten laps to go.

Sixth in comparison to Verstappen’s maximum points scoring weekend, including victory in the Sprint on Saturday and then achieving the fastest lap of the grand prix too, was also flattered by Ferrari teammate Carlos Sainz’s failure to make it past the end of the first lap for the past two races.

Ferrari had no answer to Red Bull’s race pace in Miami and it was perplexing that they continued to hold off on upgrades, while their rivals were edging ahead. And then when there were updates to the F1-75 in Barcelona, Leclerc suffered his first mechanical failure of the season.

What was then seen as an impossible 46-point gap after Australia was reversed by a hat trick of wins from Verstappen, as well as Red Bull usurping Ferrari for the lead of the constructor’s championship.

Leclerc’s home race in Monaco should’ve been the stage for the title prospect to convert his fifth pole position of the season to a fairy-tale win, but it was the Ferrari pit-wall who let the Monegasque driver down.

Ferrari failed to respond to Sergio Perez’s first stop to change from full wets to intermediate tyres, instead coming in two laps later and ending up undercut by Red Bull.

Not only that, but having been released into the path of back markers fuelled Leclerc’s fury, it then boiled over when Ferrari double-stacked him and Sainz for the switch to slick tyres when the track was dry enough.

The Monegasque was already behind his teammate at this point, but the further time lost meant that Verstappen also had jumped him.

Perez’s emphatic Monaco win now puts the 32-year-old within six points of Leclerc in the standings, while Verstappen leads by nine.

Red Bull, too, lead Ferrari by 36 points despite Sainz being runner up in the Principality. Enough has been seen in these seven rounds to suggest that the Prancing Horse is still far from realising its goal of winning another championship.

Even with the development focus in 2021 on the new generation car, the added wind tunnel and CFD runs awarded due to their dismal 2020 position in the constructor’s championship, a cool and level-headed team principal in Mattia Binotto and arguably one of the best driver pairings on the grid, Ferrari will need to be more convincing if they can outlast Red Bull across the season.

But until Ferrari can develop that operational sharpness that has seen the likes of Mercedes and Red Bull continue winning for more than a decade, all that hype and prospect may as well continue to being a figment of Tifosi imagination.