Panthers Deluxe: Inside NSW’s tactical plan to take down Queensland

Origin is a strange beast. You get all the best players, chuck them together, and try to use the ten days or so that you have in camp to come up with a game plan that will win three games that everyone involved, from soup to nuts, tells you are not like regular old rugby league.

Of course, Origin is like regular old rugby league: it’s still 13-a-side, four subs, green grass and a bloke with a whistle.

For all the talk of the ‘origin arena’, there’s still a game with tactics and strategy that ultimately supersedes the ‘desire’, ‘effort areas’ and ‘intensity’ that we like to fixate on with these fixtures.

If you’re New South Wales, those tactics might look awfully similar this year. With seven players drawn from the Penrith Panthers, plus a head coach who is a Panthers legend and his assistant, also a Penrith legend, it probably isn’t too surprising that the Blues might look a bit Blue Mountains come Wednesday night.

Watching them train over the last two days, it’s been pretty clear that the Ivan Cleary blueprint is being followed despite his absence. Isaah Yeo has been lining up at first receiver, enabling the middle service role that has helped Penrith to the top of the NRL ladder to be enacted at an even higher level.

It’s not really a secret anymore, but with an extra year of development in Penrith and an extra few bodies in the camp for New South Wales, it seems like Brad Fittler is throwing his weight behind the idea to lead his team to glory on Wednesday night.

For Freddy, it’s a no-brainer when so many key position players come from the same system that he should form the basis of the Blues’ attack around it.

“(Queensland) have had that in the past and it’s worked for them,” he said, referring to the Storm connection that lead the Maroons to a decade of dominance.

“It’s not necessarily that we’re copying the Panthers, but it just worked out that the team coming first has got the most positions in our team and we utilise that.

“It’s our system. The Panthers come into our system, which involves a lot of what they do.

“What they do shows how to win games – they’ve only lost a couple in three years, so to not look at what they’re doing would be to our detriment.”

In essence, what we might see is the Panthers deluxe: the foundational elements of the Penrith methodology, based around Yeo the decision-making lock, Nathan Cleary the steering wheel and Jarome Luai the wide weapon, but with the additional elements that come from a higher level of talent across the board.

“It’s similar,” said Yeo. “You want the team to play to its strengths and that’s something I do OK. With the connection there with Romey and Nathan, that helps.

“It’s nice have the Penrith connection because it means we’re doing something right at clubland.

“It’s pretty similar, we still play that middle role. But at the same time, it’s State of Origin and there’s not as much shape going on.

“We played a bit like this last year, not the exact same but similar. We’ve got really fit middles and powerful middles, so you want to use them up where they do that well.”

“You’re using the strengths of the other players too: not many players have the ball skills that Junior (Paulo) has at that size and with that footwork, and Payne (Haas) has such an incredible motor. Then Ryan Matterson off the bench, he’s got such an incredible offload.” 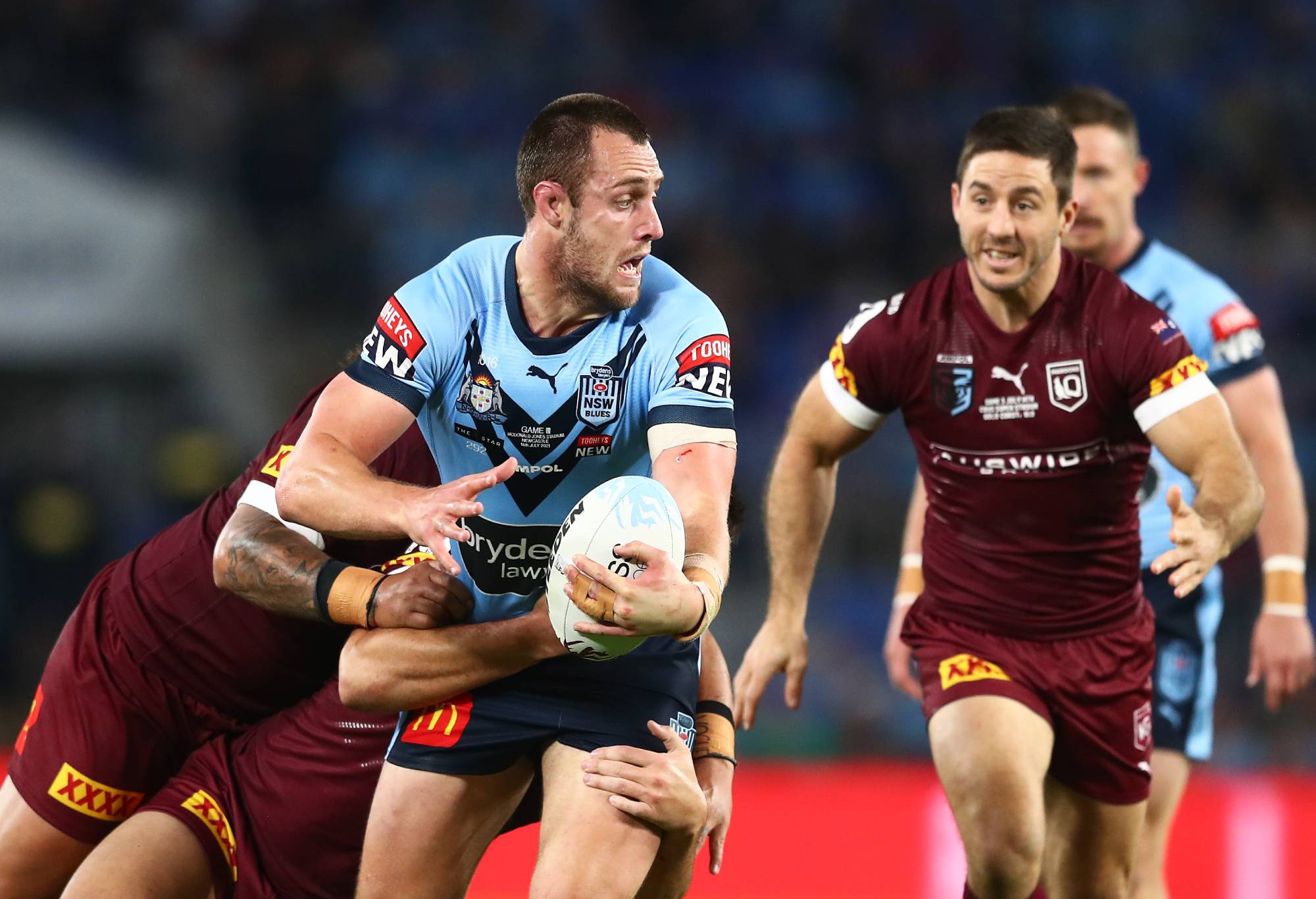 The deluxe element comes from having Damien Cook, a different style of hooker to Api Koroisau at Penrith, and James Tedesco, arguably the best fullback in the NRL at the moment and a level above Dylan Edwards at the Panthers.

“It’s easier with the combinations we have,” said Nathan Cleary.

“Me, Yeoy and Romey know each other’s games quite well. In among that, in the ten Origin games I’ve played I’ve played with Cooky and Teddy as the spine.

“It’s trying to use what we do at Panthers and add that extra bit of brilliance that each individual brings.

“You have to combine well, especially in attack. You’ve got to be in sync because if your opportunity comes up, you have to be able to take it.

“We play our own game. Me and Romey have been lucky that we do a fair bit with Brandy (NSW assistant Greg Alexander), he’s got his hands all over Penrith and we see him a fair bit, Freddy as well over the last couple of years.

“They just want us to play our game and combine well.”

The addition of two extra members to the spine is crucial, but the next biggest grouping could be deluxe-deluxe.

Parramatta operate an entirely different attacking methodology, based around service through the middles rather than the lock, and New South Wales have the opportunity to graft that onto their game.

The Eels will provide three key bodies to the middle rotation, with Junior Paulo – the game’s premier passing forward – as well as Matterson and Reagan Campbell-Gillard in the rotation.

Parra top the league for offloads and are second for one-player hit-ups, with Matterson topping the individual charts for the first and Reagan Campbell-Gillard for the second – beaten only by his Blues prop partner, Payne Haas.

“There’s that connection with the Penrith boys,” said Junior Paulo. “Freddy has this thing about bringing systems from other teams and then finding out what works best for myself personally, and how I can incorporate that into a team like this.

“It’s about finding what works for each individual and then coming together collectively as a group.

“We’ve got our primary shape there with the Penrith boys, with that connection there between Yeoy, Romey and Nathan. It’s more about that guide, but once you’re out there on the field, the game plan can go out of the window and you need to adjust.

“That’s what it is: we have a game plan, a guide for us, but when you cross the line, the game is so fast and loud, I think it’s playing ad-lib footy.

“Guys like Damien Cook who can jump out of dummy half and go at any time, it’s about reacting and finding what works well.

“Matto off the bench at Parramatta has shown some of the best form of his career and will certainly do his job when he comes off the bench for us.

“Me and Reggie (Campbell-Gillard) have that one-two punch at Parramatta and Origin is built of those guys. Reggie’s play-one carry is one of the hardest, if not the hardest, in the NRL, so he’ll be able to set a platform early.

“The way that we complement each other at Parramatta is something that we want to bring here.”