Two lessons for Aussie rugby from the SRP quarter-finals

This was the educated punter’s Super Rugby Pacific semi-final lineup.

The Blues will play the Brumbies, while the Crusaders face off against the Chiefs. While the Reds and Waratahs were valiant in defeat most expected them not to turn over their Kiwi opponents.

However, it would be negligent for Australian rugby to dismiss these games as inevitable. They contain two important lessons for rugby as a whole in Australia, from under-10s on chilly Saturday mornings to World Cup and Bledisloe Cup contests.

Find your weapon and use it

The Waratahs and Reds scored excellent tries in their quarter-finals. At various points they made those games close and had the Chiefs and Crusaders back-pedalling. Unfortunately, neither side consistently looked like they knew or believed what their best asset in attack was. This may have contributed to unduly complex phase play which led to errors, turnovers and penalties.

Contrast that with the Brumbies. Throughout the game against the Hurricanes, they knew what they wanted to do: kick for territory, put strong defensive pressure on, and dominate at set piece time. The contest was an arm wrestle shaded by the Hurricanes in the first half, but the Brumbies eventually won it by the clarity of their approach.

Put simply, they had a plan and they stuck to it. And eventually, the Hurricanes couldn’t live with the pound-down-the-door method, as the Toms, Banks and Wright, scored the tries that sealed their semi-final spot. 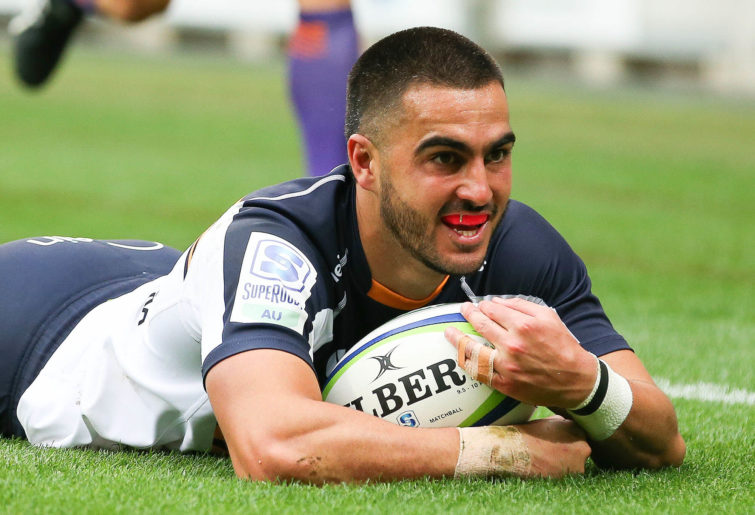 Tom Hooper was a brilliant spoiler, Nic White and Noah Lolesio did not overplay, and the territorial game worked wonders at putting the Hurricanes’ defence under pressure.

How might the Reds and Waratahs games have gone with a similar clarity of approach? We’re not sure. We have to say the Reds were depleted, missing Taniela Tupou, Hunter Paisami (bench), Josh Flook and James O’Connor. But maybe that was a reason to play percentage rugby against the Crusaders – find touch with the kicks, disrupt the lineout, be tight on defence, score your points when offered.

Pick a plan, believe it will work, and stick to it. Likewise, the Tahs had so much phase play without any direction. A few more direct kicks from Edmed or Donaldson, a drop goal attempt, quicker ball from Gordon – all these would have signalled quickness of mind and might have troubled the Chiefs.

But the lessons are clear: know your plan, believe wholeheartedly in it, and execute it to the letter.

Australian rugby also has to ruthlessly target skill errors if it’s ever to improve. Harsh as it is to say, New Zealand teams look great against their Australian equivalents because of the opportunities they have to play on the counterattack.

The Tahs and Reds games were classic examples of this: turnovers, knock ons in promising positions, handling errors, and on and on it went.

Contrast this with recent All Black battles against Ireland, France, and South Africa. Unlike Australia, those sides minimise handling errors, non-straight throws, slow cleanouts, and the like. When they do that they can play their game and the opposition is on the back foot, starved of turnover ball.

To put it mildly, they do not tolerate errors like Australian rugby sides do.

Remedying this starts at the earliest levels. If we do not ruthlessly weed out errors at the earliest levels, we lose a generation. We ingrain in them the mentality that it’s okay to make mistakes. Fine for social sport, fine even for domestic rugby: not fine if we are serious about creating pathways for elite rugby players.

The mantra for players should be: I do not knock the ball on under any circumstance. My lineout throws will always be straight. My kicks will find touch. I will not miss more than one of ten shots, no matter the angle.

This sounds harsh but they are the standards we must expect of our youngsters if we are to be competitive. Coaches at all levels must become ruthless while still inspiring youngsters. Let it be known throughout Australian rugby: mistakes are never acceptable.

Overall, the Super Rugby Pacific season was positive for Australian sides. All but the Reds won against Kiwi sides. The Tahs beat the Highlanders in Dunedin. They even pipped the Crusaders in a match notable for Edmed’s tears.

But we must hope that Dave Rennie, the Super Rugby coaches, those in charge of the recently revived Australia A program, and the local coaches of Saturday under-10s footy take note of the lessons above.

Otherwise, Australian rugby is destined to continue in the cycles of heroic mediocrity it has followed for the last two decades. 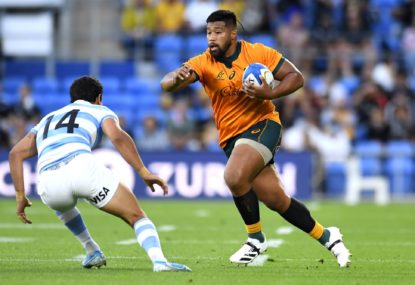 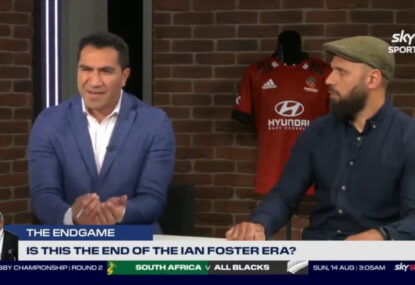