Heung Min Son is the most underrated footballer in history

By now, most football fans would have heard and be dismayed at the non-nomination of Heung Min Son for the PFA Player of the Year after an incredible season where he shared the Golden Boot with Liverpool’s Salah.

Many have argued Son’s 23 goals is more impressive, with no penalties and taken at his usual elite efficiency with 53 less shot attempts than Salah.

Despite winning every Spurs club award for the season, English captain Harry Kane who disappeared for the first half of the season until January after his brother Charlie stuffed up his attempt to move to Manchester City managed to find himself nominated by his English mates…. sorry I meant peers who are members of the PFA.

It is not the first time Son has been snubbed when it comes to these awards which are unfortunately becoming more of a popularity contest.

Son was also not nominated for the Ballon d’Or in recent years – and where he did get nominated he also lost, for example EPL Player of the Month in December 2021 and April 2022.

The only award Son had won was the Puskas prize, where he did what everyone of us who loved football dream of, to take the ball from one end of the field, dribble past more than half the team and score a spectacular goal.

It’s no secret Son has been underrated for many seasons. He has been around in the EPL for half a decade, and consistently excellent and one of their superstars, except he has never been treated by the media as such.

Who can forget Jose Mourinho’s response to an English journalist who asked what Son needs to do to go from being a “very good” footballer to “world class”?

Mourinho’s response was Son did not have do anything more and suggested in the usual Mourinho way that it is the journalist who needs to reconsider his perspective.

Who can forget Spurs’ own journalist Dan Kilpatrick of the Evening Standard who covers Spurs and England asking Antonio Conte if Son should be dropped after a couple of quiet games, and Conte’s reaction along of the lines of “Do you think I am crazy and stupid?”

Strangely, Mr Kilpatrick had no such suggestions when Harry Kane was MIA for about 20 EPL games until January after an exhausting mind-game with Daniel Levy to force a transfer that never came. 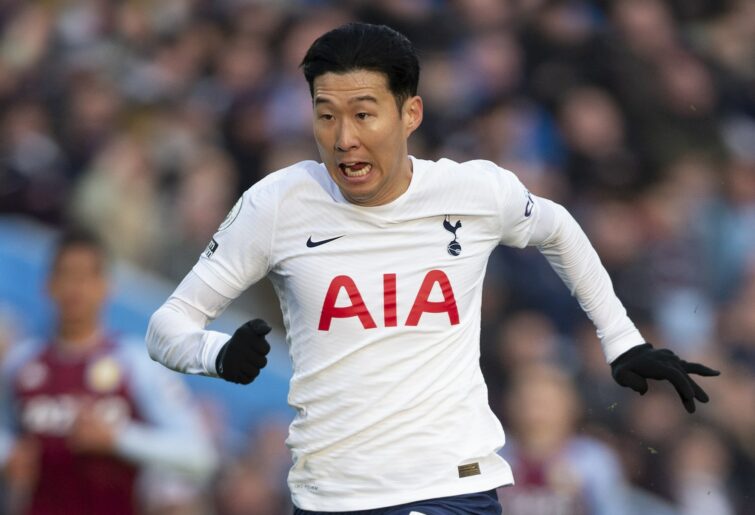 Statistically, there has been no better finisher in elite football than Son for the five seasons.

With a goal conversion rate of between 27 percent and 44 percent, Son has been outrunning his expected goals or xG for well over a decade now, meaning this is not a fluke.

His shooting efficiency is also elite, and higher than his higher-rated partner in crime Harry Kane. And he is no mug when it comes to assists either, having the third most assists in EPL history for a Spurs player and leading the team in key passes (which would have become assists if his team-mates were anywhere as clinical as him).

He is in my opinion easily one of the most technically gifted players in Europe – dribbling at pace and ambidextrous with a five-star “weak foot”, scoring 45 percent of his goals with his horribly weak left and 55 percent with his natural right.

Son is worshipped in Asia, having won the Asian Footballer of the Year for most of the last ten years and yet in the rest of the world, he does not get the same recognition or accolades.

He is not just the best Asian footballer, he is one of the world’s best footballer and this season in my opinion amongst the top five in the world.

In a world where taking the knee before every game is common-place perhaps the footballers, the European media need to take a good look at themselves.

Now I am not saying in any way there is intended racism (although there might be and it has been well documented Son has been targeted in this way in the past), but subconsciously the common perception Asians are not good (or not as good) in sports may play a role.

I certainly cannot think of any other reason of how season after season a player like Son is constantly overlooked.

One of the reasons why I love football is it’s a sport where you don’t have to be 6 foot 7 to dominate, but if you have skill or speed can play competitively at elite levels.

The common perceptions in football is the Europeans are skilled, the South Americans are tricky and the Asians are “hard working” (basically attributing the success of Asian footballers to a work ethic rather than inherent god-given talent).

Son does not fit that mould – he is a forward, a prolific, clinical and efficient goalscorer, fast and scoring bangers after bangers (just watch Youtube if you don’t believe me). He is hard working but he is also extremely skilled.

But he is also the first Asian who has reached this level. Ji-Sung Park the South Korean before Son of course was part of the conquering Man United team that won everything, but even then he was the stereotypical “hard working” Asian footballer who fulfilled his destiny of being a supporting act.

Frankly, it’s shameful and I am sick of it. Give this boy the respect and the recognition he so deserves.