Maguire's sacking was coming, but the Tigers' great survivor evades the knives again

We have seen it before at Wests Tigers, and it happened again on Tuesday afternoon.

Just hours after the New Zealand Warriors announced Nathan Brown had been replaced by Stacey Jones, Wests Tigers issued a statement on their website that Maguire’s contract had been terminated.

Maguire becomes the sixth coach punted by the organisation since 2012.

“Wests Tigers head coach Michael Maguire has today been terminated from his role, effective immediately,” the press release began on the team’s website.

“Wests Tigers sincerely thanks Michael for all his hard work and effort over the past three and a half years. As this is no doubt a challenging time for all parties, the club would like to respect Michael’s privacy, wish him all the very best and will make no further comment.

“For the rest of the season Brett Kimmorley will take over as interim coach.”

A meagre 88 words slipped in late on Tuesday afternoon just before the squad was to be announced for their home match on Sunday against Manly-Warringah. Just hours earlier Maguire was on the field at Concord taking the side through its paces.

The blowback will be mostly lost in the State of Origin hype ahead of New South Wales and Queensland, with Game 1 kicking off Wednesday evening. 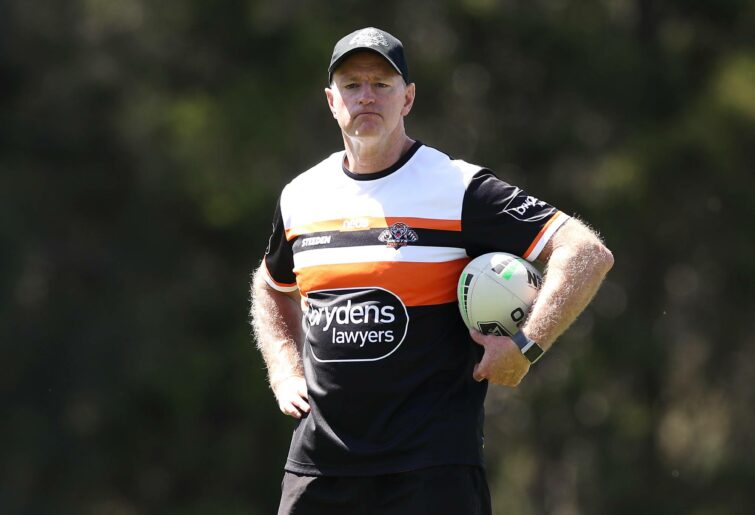 Many fans would agree Maguire’s time was probably up.

But he also never had the manpower to compete with the heavyweights of the premiership.

It also shows a desperate lack of leadership and support from the front office at the club. Maguire had a target on his head for a long time.

At no time did Maguire have a roster to compete for a title or even be a competitive force in September.

It’s back to the starting line for Wests Tigers with the decision made by director of football Tim Sheens.

On Tuesday night Sheens fronted the media and admitted the club was set for several more dark years as they continue along as a “development club”. It’s an interesting choice of words from Sheens considering how little they have developed in the last decade.

Just four local juniors have been named in Wests Tigers 17 to play the Sea Eagles at Campbelltown. 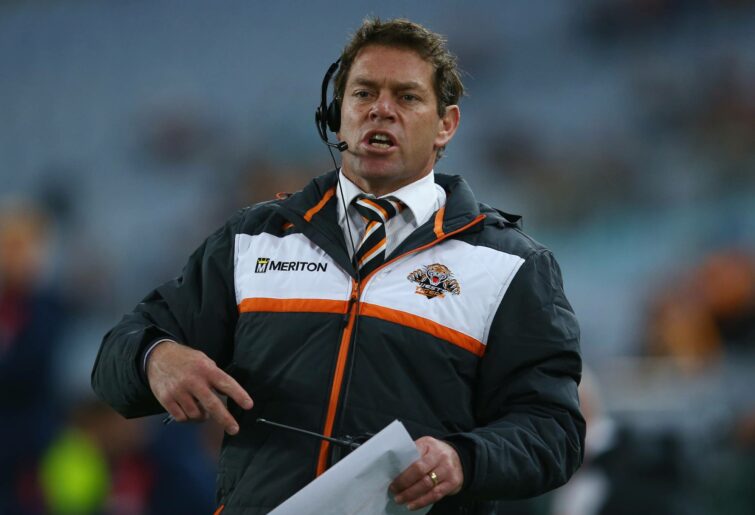 A small crowd will turn out with little hope of victory and zero faith in the club.

The club’s best chance of sustained success in the future is to invest heavily in keeping and developing their all-conquering Harold Matthews Cup team that won the 2022 title undefeated.

He has been working with junior clubs and travelling from his home in the Shire and helping kids from Balmain down to the Macarthur and Southern Highlands region. He understands the nuances of the joint venture.

The way the club is going, Kimmorley may end up grabbing the full-time gig under Sheens for the next few seasons, such is the stench coming off the franchise right now.

Recruits Api Koroisau and Isaiah Papali’i will help carry the burden next year, but it won’t make much difference. They are also losing young star Kelma Tuilagi (Sea Eagles), the enigmatic Luciano Leilua (Cowboys) and workhorse Luke Garner to the Penrith Panthers.

Maguire’s time at Wests Tigers will be forgotten quickly as the media cycle goes on, but he must be given some credit for sticking it out and making the club make the decision. Nobody could have done a better job with the roster he had to play with.

The club can release all the documentaries they want and build a centre of excellence on the far side of the moon if it makes them happy, but it makes little difference to what we have seen unravel in front of us for over a decade.

Simply put, they have achieved nothing and gone backwards.

It’s easy to put the boot into the club right now, but nobody deserves it more.

Their poor fans are used to feeling empty, bemused and frustrated, so you can’t blame them for not having much confidence in what’s coming next for Wests Tigers.