The Roar
8th June, 2022
32
Join the conversation
1261 Reads
Advertisement
Write for The Roar

Ivan Cleary has taken a subtle swipe at the Dolphins, accusing the NRL’s newest franchise of treating his Penrith club as their own recruiting backyard.

The Panthers fought off interest to re-sign teenage outside back Sunia Turuva and fellow local junior Lindsay Smith this week.

Turuva in particular is believed to have caught the attention of the Dolphins, as well as powerhouse rookie winger Taylan May who re-signed last week.

Wayne Bennett’s club have already irked the Panthers by signing young half Isaiya Katoa, while Robert Jennings is also set to head north next year. 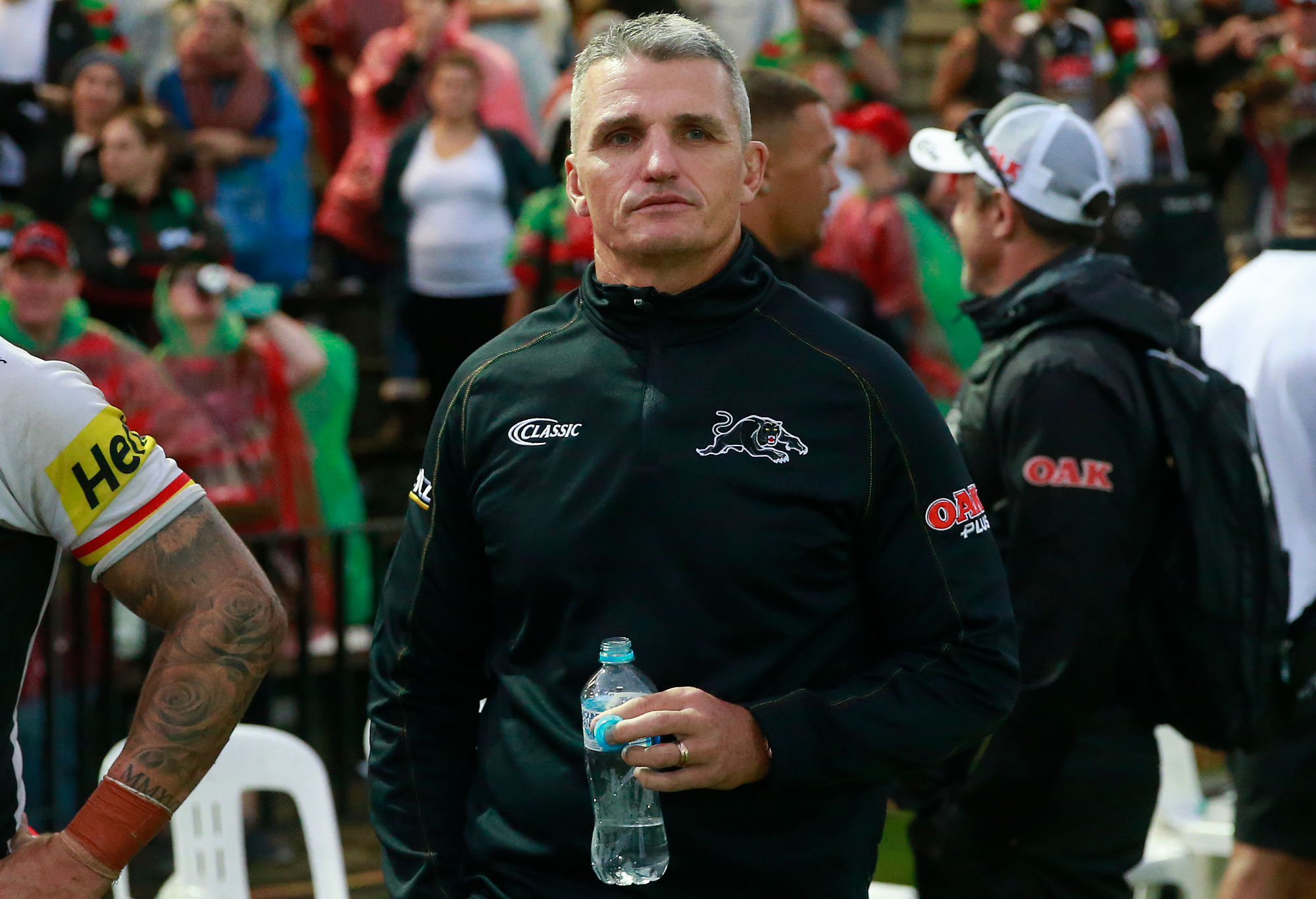 The 17th franchise have also been linked to both Stephen Cricthon and Brian To’o for 2024, with the NSW State of Origin pair signed with Penrith until the end of next year.

“One thing is for sure we are going to keep bringing guys through our system, that’s our mandate,” Cleary said.

“It has been well documented we have our challenges in terms of trying to keep this team together.

“To be able to have those (young) guys stay on when they definitely had options to go elsewhere … is so good.

“Everyone is looking at our club now, particularly with the Dolphins coming in. They’re treating our club like their backyard. So it’s going to be even harder.”

Cleary’s comment was said with a tongue-in-cheek expression, but comes after then-Penrith CEO Brian Fletcher claimed it was a “waste of time” developing players and wanted compensation when the Dolphins signed Katoa in February.

Meanwhile Cleary said he was hopeful his six NSW Origin stars would back up to face Newcastle on Sunday, while preparing as if they wouldn’t.

The Panthers’ 30-18 win over Canterbury last Friday came after the Panthers dropped two games through last year’s Origin period, in easily their patchiest part of their premiership season.

“It was a bit of a milestone for our club last week,” Cleary said.

“The same period last year was a bit of a failure, I must say. It was really pleasing to see how they prepared and performed last week.

“It definitely gives us a bit more confidence. I think it just shows a bit more growth in our team this year.”

There is speculation floating around that Brad Fittler will make a late change by bringing Stephen Crichton into the starting line-up and relegating Jack Wighton to the bench.

Brad Fittler on Tuesday was coy about the prospect of a late switch.

Maroons hooker Harry Grant is over his bout of the flu and has trained well for Queensland, who are expected to be as per program.

For Origin line-ups and the latest team news, click here

The Blues trimmed their squad to 19 on Origin eve by cutting out Jacob Saifiti, Joseph Suaalii and Api Koroisau with Tyson Frizell still on the reserves.

The teams will be trimmed back to 18-man line-ups at 7.10pm, one hour before kick-off with Nicho Hynes and Tom Dearden likely to be 18th man for each team.