Wallabies coach Dave Rennie has confirmed the three overseas players who will feature in his squad against England, given an update on influential prop Taniela Tupou’s fitness, revealed how he will handle Australia A commitments – and taken a sly dig at rugby league.

Rennie, speaking at the announcement that the new Sydney stadium will host the Springboks later this year, said the squad for the three-Test England series next month was “pretty much picked”.

He confirmed the three Japanese based Wallabies, Quade Cooper, Samu Kerevi and Marika Koroibete will be featuring, while ruling out Will Skelton despite his impressive performance for La Rochelle in the Champions Cup final.

“It was probably not that secret anyway, but we’ve got Quade, Samu and Marika all coming back,” said Rennie.

“Quade and Samu are here in Sydney today just getting medical checks. Marika went straight to Fiji to spend a bit of time with his family and he’ll be back on the weekend. It’s exciting.

“If you saw the [Japanese] final with Panasonic, Marika was phenomenal. He certainly hasn’t lost any of his physicality or his work ethic and so we’re excited to see him back.”

Rennie brought Cooper home last season, somewhat surprisingly at the time. A coffee date led to Cooper coming in to assist the development of Noah Lolesio, but Cooper eventually took the playmaker reins from the young Brumby and excelled against South Africa.

There was speculation that Cooper’s days as a Wallaby were numbered when he was caught up in a messy club vs. country tangle ahead of the European Tests, but Rennie was clear about his standing on Thursday. 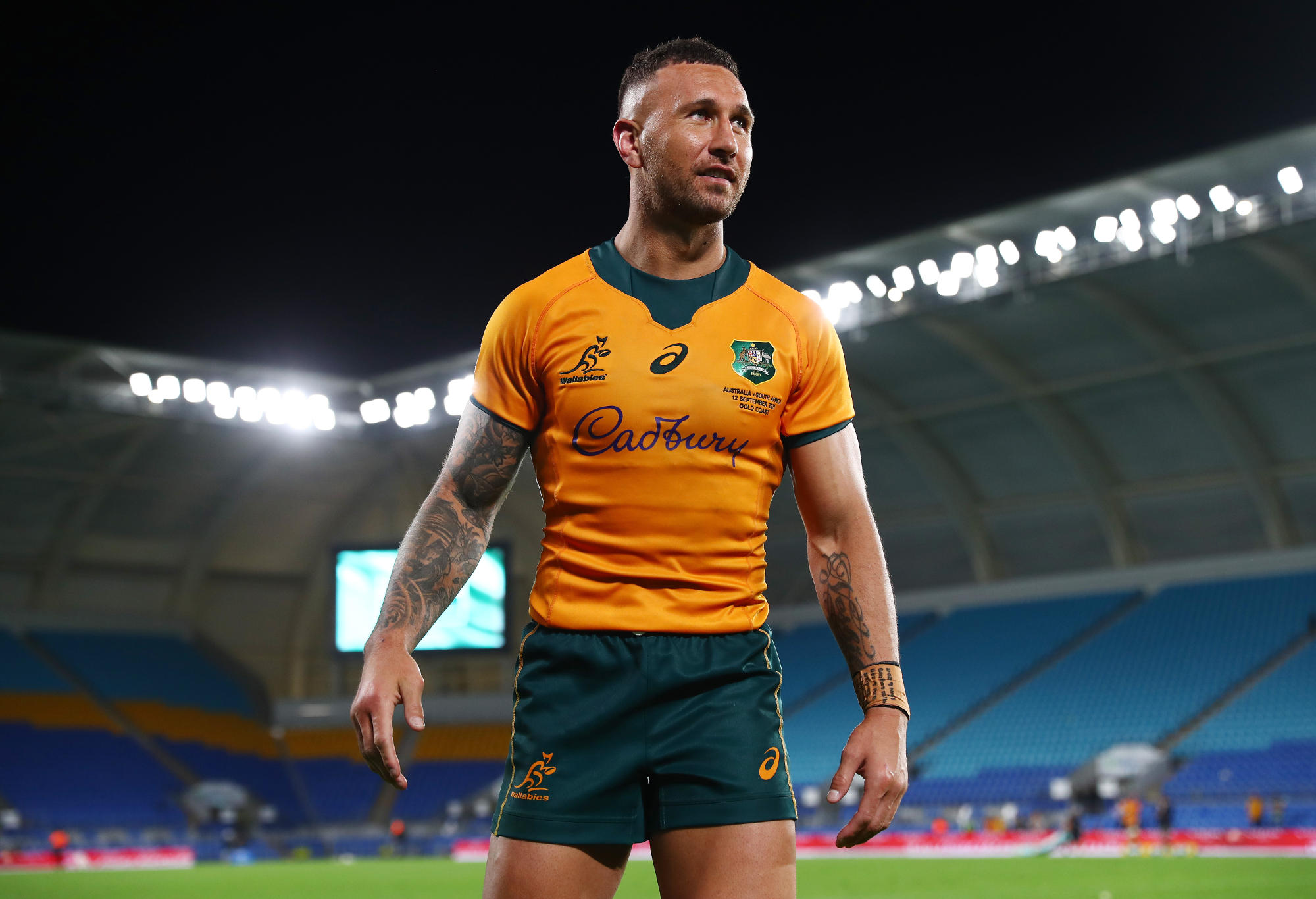 “You look at Quade and he had a massive impact, just a really calming influence and he was so impressive in the group,” Rennie said.

“He was great with Noah and even when Noah was playing and Quade wasn’t, his contribution in meetings was great.

“He’d sit down on the computer next to Noah and talk through a lot of things. So his contribution was excellent.”

Cooper was only playing in the second tier of Japanese rugby this year, but Rennie discounted that as an issue.

“He’s very disciplined and he keeps himself in great nick,” said Rennie. “We’re really comfortable. We watched footage. He missed a little bit of footy with a crook thumb but he came back and played the last couple of big games for them and went really well.”

He was excited to have Kerevi and Koroibete in the backline mix.

“Samu only played a handful of Tests and was nominated for player of the year which highlights the impact that he had and Marika is one of the best wingers in the world.

“I’m not sure if there is another winger with his repeatability and his work ethic. He’s just top gear all day and we’re looking forward to getting that back.”

Rennie indicated Skelton could come into the frame later in the year, likely when the Wallabies head on the Spring Tour.

“He’s missed a bit of footy this year,” Rennie said. “That’s the challenge around guys coming out of France. They go deep into a season. It’s been a helluva long year.

“We brought him in last year, and he fitted in well. I’m not looking to bring him back for the England series but maybe beyond that.”

The Wallabies biggest injury concern appears to be surrounding Tupou, who missed the last month of Super Rugby with a calf injury, and is still in some doubt for the first Test on July 2.

“The calf injury is significant, but it has given us an opportunity,” said Rennie. 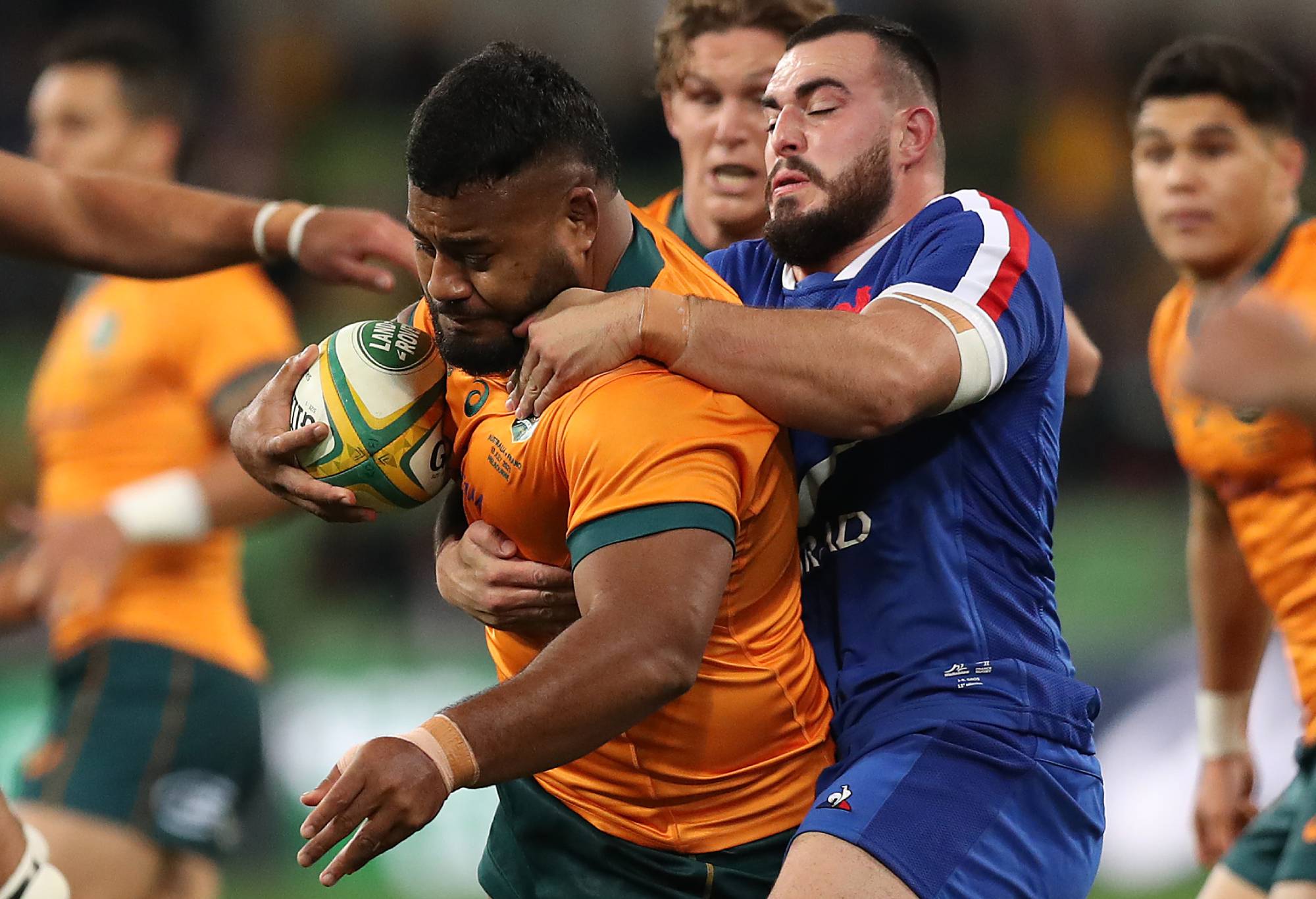 “The Reds understood that he wouldn’t be back so our medical team has had control of him. We’ve had strength and conditioning up in Sanctuary Cove working with him and then we’ve flown them down here.

“He’s dropped some size, working really hard, he’s in a really good place mentally, really fresh. We were a bit anxious three weeks ago but we’re pretty confident we’ll get him there for the first Test.”

The make up of Rennie’s backrow seems to be causing most public debate and Rennie talked up the versatility of Jed Holloway, the Tahs player who will be eager for a Test debut, saying he was in the mix as a No.6.

Rennie could go with Rob Valetini in the 6 with Harry Wilson at 8, or opt for Rob Leota at blindside and Valetini at 8.

He threw Holloway into the mix as well.

“Rob Leota finished the season with us and he’s been excellent,” said Rennie.

“We’ve got Jed Holloway, who predominantly has played lock and he could play lock for us but he’s a genuine 6 option and he’ll push close.

“We’ve got some genuine competition for places. Jed’s played a lot of lock with the Waratahs – basically all season – but he’s definitely got the skill set to play 6 and 8 so, from my perspective, it gives us flexibility.”

Rennie said he would name a squad of 35 on Sunday with an additional 30 to be picked for Australia A. That gives him options to consider around who to pick where to maximise development of his players a year and change out from a World Cup.

“There might be the odd guy we think is going to be better served playing three games at another level, higher than Super Rugby, rather than maybe sitting in the background and not getting an opportunity against England,” Rennie explained.

“Then the option – where we feel some guys need some footy who are in our squad – to send them to Fiji  potentially for the third Test to get some rugby.”

Rennie, meanwhile, was asked if he watched the Queensland Maroons beat the Blues in State of Origin 1 on Wednesday night, and if he coveted any of the players. His response had an edge of mischief.

“Every game you watch, you see some incredible players,” said Rennie. “There’s amazing depth in that sport in this country. And really it’s probably the only country that plays the game, almost.

“You go to a World Cup and Australian guys play for Lebanon or the island teams and that sort of thing. So you’ve really got the best players in the world all playing in this competition.