St Kilda are counting the cost of their loss to Brisbane, facing several injury-enforced changes ahead of a tight turnaround for their clash with Essendon.

Mitch Owens and Daniel McKenzie were concussed either side of halftime in Saturday night’s 21-point loss at the Gabba while Zak Jones didn’t finish the game after suffering a third-quarter hamstring injury. 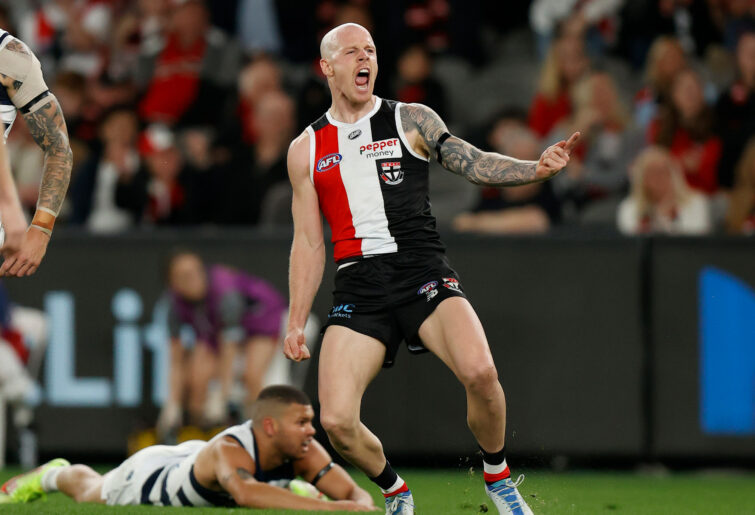 “It tested us a fair bit but that’s part of the game.

“Lose three players that you’d probably say don’t play: Owens a head clash and then McKenzie’s one. I don’t know how that one will stack up. Anyway, I’ll let others work that one out.

There are some potential strong replacements ready to go for the sixth-placed Saints.

Young gun Nasiah Wanganeen-Milera was managed and didn’t play on Saturday while both Jack Billings and Hunter Clark were overlooked.

All three look set to come into contention to face the hapless Bombers.

In Sandringham’s 44-point VFL loss to Southport on Saturday, Billings had 32 disposals, nine marks and a goal, Clark had 24 touches and five tackles and Ryan Byrnes had 26 disposals.

“Ryan Byrnes has been playing really well. Wasn’t as good today but he’s been playing pretty well and Nasiah will be up for selection as well.”