A wounded Charles Leclerc has demanded Ferrari eliminate their reliability woes to prevent this season’s Formula One battle from becoming a one-horse race.

Max Verstappen extended his championship lead by driving unopposed to victory at the Azerbaijan Grand Prix after Leclerc and teammate Carlos Sainz failed to finish on a desperate Sunday afternoon for Ferrari in Baku.

Leclerc was bidding to avenge Ferrari’s flat-footed strategy in Monaco a fortnight ago, which cost him victory at his home event.

But on lap 20 of 51, Leclerc’s engine expired and he retired from the lead. A power unit failure at Barcelona’s Circuit de Catalunya last month means the Monegasque has now failed to finish in two of his last three appearances.

Leclerc led Verstappen by as many as 46 points after the third round in Australia – the scene of his last triumph – on April 10. 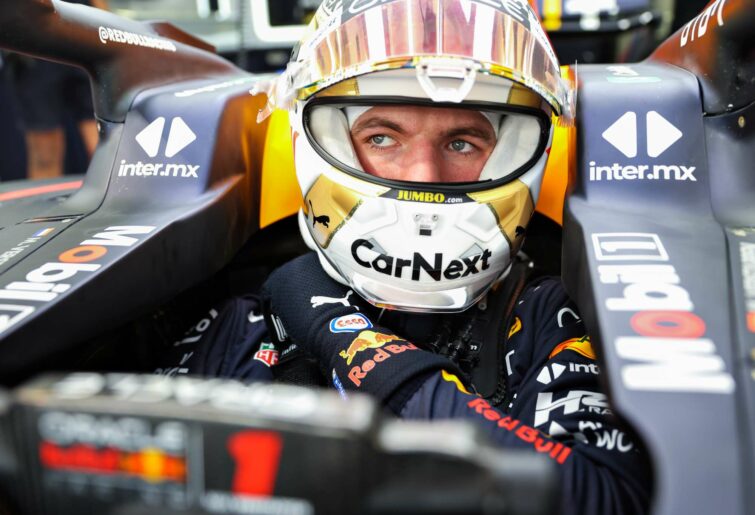 But ahead of next weekend’s Canadian Grand Prix at Montreal’s Circuit Gilles Villeneuve – the ninth race of 22 this season – Leclerc now trails the Dutchman by 34 points in the championship standings.

Sergio Perez finished second to complete a Red Bull one-two and is now the closest challenger to Verstappen after he leapfrogged Leclerc in the standings.

The Mexican, who took a bonus point for the speediest lap, is 21 points adrift of his Red Bull teammate.

George Russell claimed his third podium finish for Mercedes in third, while teammate Lewis Hamilton, who complained of severe back pain in his jumpy Silver Arrows, took fourth.

Australian Daniel Ricciardo ended up eighth in his McLaren.

“It hurts,” said Leclerc, 24. “We really need to look into that for it not to happen again.

“I can’t really find the right words to describe what has happened. It is just very, very disappointing.

“We were fast and didn’t have big problems in the first part of the season. But now it seems we have more problems even if we haven’t made massive changes to the car. It is difficult to understand.”

Leclerc held a 12-second lead over Verstappen after the world champion stopped for new boots on lap 20, but moments later the Monegasque’s race was over.

The Ferrari pit wall soon became a ghost town as Verstappen cruised to the flag, claiming the fifth win of his championship defence.

“I would always say s*** happens,” said Verstappen in an unsympathetic response to Leclerc’s car failure.

“If I would be in the same situation I would also be disappointed. That’s very normal, but it’s about how you come out of it.

“You learn from it, you don’t like it and you are angry, but you turn it around. You have to prevent these issues from happening.”