'I'm laughing about the negativity': Luai tells Cleary critics to back off

Penrith five-eighth Jarome Luai hopes the performance of Nathan Cleary in the Panthers’ win over Newcastle on Sunday acts as a reminder to the halfback’s critics.

Cleary and Luai were part of the NSW side that lost the State of Origin series opener last week, with both backing up for the Panthers’ 42-6 win over the Knights.

Cleary was under severe pressure from the Queensland defence anytime he sought to kick and, by his high standards, the 24-year-old had a quiet game.

There was nothing meek about his performance against the Knights, however, with Cleary kicking seven goals and bagging a try in an 80-minute showing.

“I think it (the Panthers’ win) is a reminder to everyone who’s criticising Nath,” Luai said. 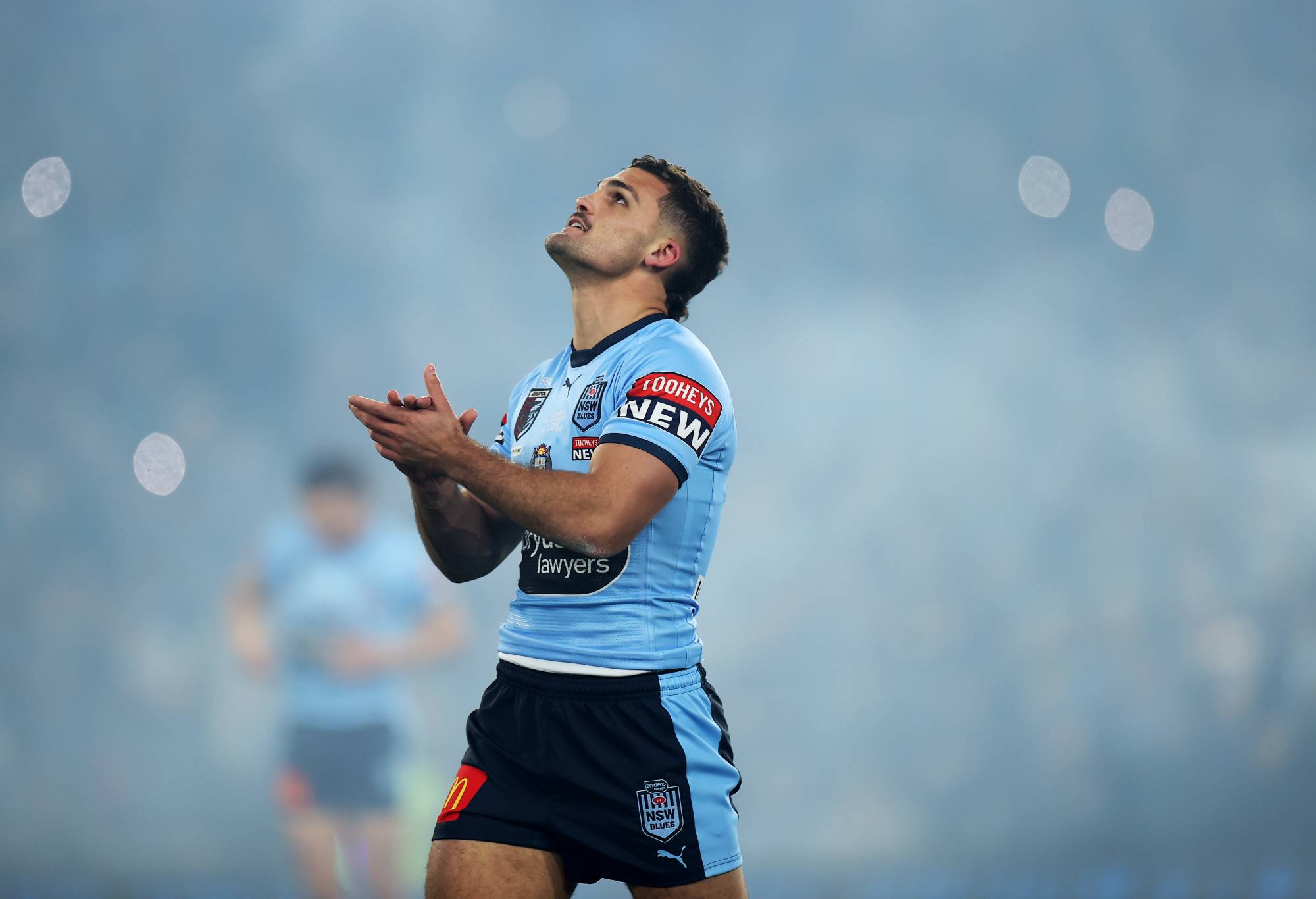 “I’m laughing about the negativity and I guess people are saying to change the whole squad around.

“In our four walls we are confident we can get the job done and there’s two more games, so there’s not too much to be down about.”

All but one of the Panthers’ Blues contingent played, with skipper Isaah Yeo given a week off after a blow to the head in the series opener.

The win re-established Penrith’s four-point lead at the top of the NRL ladder ahead of a game against the Warriors next week in Redcliffe.

Luai said there was no doubt he would turn out against the Knights despite playing the full 80 minutes in Origin I.

“It probably helped that we were playing on the Sunday – it gave me no reason not to play,” he said.

“Win or lose no job is done and I had a job to do with the Panthers, so I’m glad we got the win.

“We fought to the death (in Origin I) and I was disappointed we didn’t get the win in front of the home crowd.

“I’m pretty positive in my thinking, there’s still two games in Origin and the sun comes up the next morning.

“To chuck the boots back on with the Panthers boys, I don’t have much to complain about.”