Over the past few years I’ve seen an endless stream of vitriol towards Bulldogs players on social media, and people write off the squad as rubbish.

Yet I’ve always been a staunch believer that the coach has a much bigger influence than people often think.

“Sorry, we let the coach down,” is heard way more often than a coach saying “Well I was pretty soft on their fitness in the off season and I haven’t really spent much time on defence this year so it’s all on me.”

Given the performances of the Bulldogs since the later Des Hasler years, and someone who depressingly watches every Bulldogs game and likes to analyse strategy a lot, I think it would be interesting to analyse how the coach influences the performance of a team, and some individual players.

Hasler got a lot out of the Dogs through meticulous micro management and a specific game plan, which was more successful because the defensive structure that underpinned it.

After a while though he ran out of ideas and this method stifled the team. We didn’t do too badly but clearly something was wrong.

Players weren’t trying anything new because Hasler didn’t want them too. Michael Lichaa came to Dogs a great ball running hooker and was made redundant because Hasler never let him run.

Jeremy Marshall-King was the same under Dean Pay, yet as soon as Steve Georgallis took over JMK was running the ball more and looking a lot more dangerous.

He’s done that under Barrett too and is one of the few players Trent has gotten playing better than his past performances.

The other thing Hasler introduced was the forward involvement in passing, which was highly successful at first, but was soon copied by other teams that did it better and faster than the Dogs at the end of Hasler’s tenure.

Josh Jackson and Aiden Tolman in particular were getting too involved in the first reception and killing off any creativity.

Pay didn’t change this very much but again and you wouldn’t believe the number of comments attacking Bulldogs forwards on line.

What people don’t seem to realise, if a player does this once or twice, it’s their choice, but when it is week in week out, play after play, it’s because the coach has told them to.

As soon as Georgallis took over those lads were running straighter lines and passing less often, it has a good effect and as you can tell, I was a little disappointed we didn’t give Steve a chance, he looked good in a handful of games.

Going back to Pay’s tenure, although he had the excuse of a poor squad, there were certainly enough players to get the team competitive in the middle of the table, but he was also too formulaic in the team strategy.

Take no risks, every player do as they’re told, run forwards at the line then kick…or continue Hasler’s trend of being tackled on the 5th which is still pervasive throughout the game today. It’s a horrendous strategy for the quality of a game and the confidence of a team. 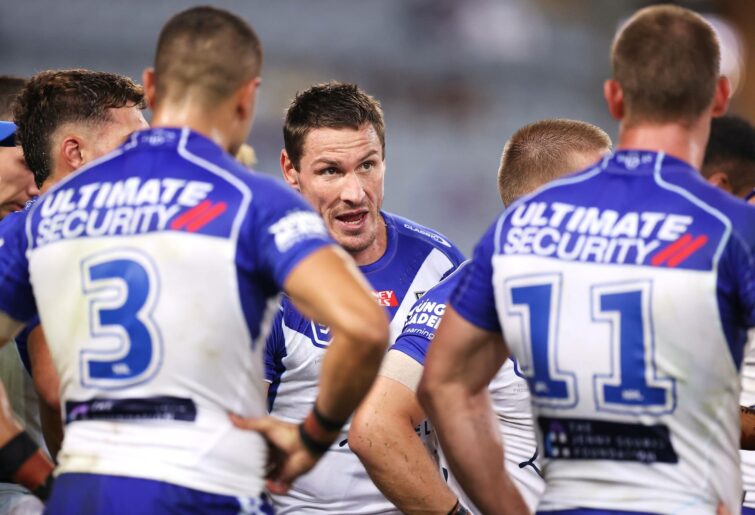 Under Pay, the Bulldogs still defended reasonably but the halves weren’t managing the game or taking good 5th tackle options. Many people will blame the players, but this is exactly where coaches influence things.

A coach needs to either practice and perfect set plays like the Storm and Penrith do so well at high speeds, or let the natural players take over like Souths and (sometimes) the Eels do.

Pay didn’t allow a natural creative game nor were the players intensively drilled in their final play options. Look at the top teams, set up for the fifth, a deep back line, every player running a distinct line, all while the halves call the play in advance.

The Dogs under late Hasler, Pay and Barrett look lost, stand too flat and don’t have clear roles.

Moving onto the Barrett era, some better players in 2021, a lot better in 2022. Yet we still don’t look in control on the last.

Part of that is a quality halfback, but plenty of Dogs teams have done well with ordinary halves. Heck, Hasler got us a win with Tony Williams and Sam Kasiano playing halves one time during the Origin period.

I’m not expecting Barrett to win a comp last with the halves he’s had, but to get them organising the team more and running more set plays should be one of the main jobs of a coach brought in because of his attacking success at Penrith.

Worst of all, Barrett came in with an “attacking” history, but attack means nothing without fitness, discipline and quality defence. That’s been lacking throughout his time at the Bulldogs and has been the cause of a few close losses in the Dogs early season. 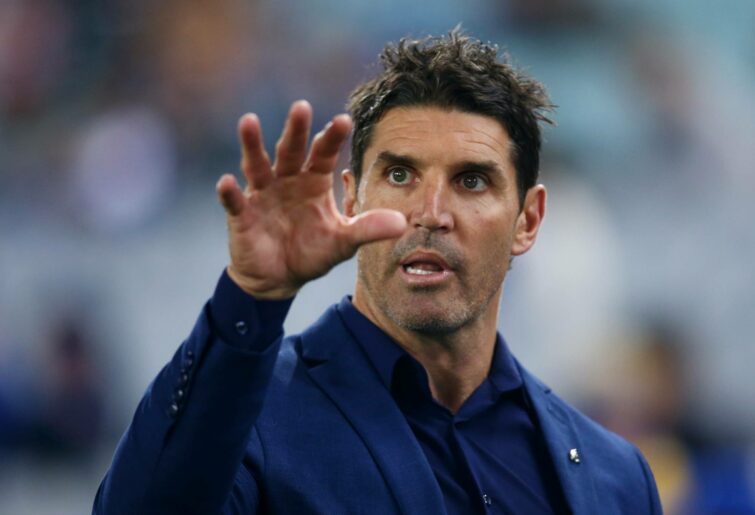 We’ve looked so much lazier and slower than we should coming off an off season after getting the wooden spoon. A few players mentioned this slyly to the media before the opening round, coming from other clubs who had much tougher off seasons.

If I were taking a team from bottom into a new season, my first thought would be to make them the fittest team in the comp and to run defensive drills like crazy.

Then the team can attack later on in the game after that foundation has been laid, as we saw against Parramatta this weekend. Parramatta were ordinary and we did get a bit of luck, but that win was on the back of better defence and energy.

This lack of fitness for the Dogs has been clearly shown in their sliding defence. We’re one of the slowest teams across the park from left to right (though a few other teams have their share of woe here).

This has meant tries are being scored around us because there’s not enough players across there, or back through the middle where the cover isn’t coming across.

The top teams in contrast have so many players across at the wing when the Dogs have been attacking we have nowhere to go and end up with a poor finish the set. This has been the number one cause of the Bulldogs performance this year and I’ve been sick of talking about it on the Roar chat every week.

Tactically there are few other things I see in the top teams that have been lacking so poorly at the Dogs. Passing closer to the line for one, our players pass way too early and make it easy for the defenders to pick their target.

Watch the top four teams and they pass as close to the line as possible, leading to more overlaps and line breaks. We improved a little with this today and it made a big difference.

Line speed in defence, the depth of the attacking line, the organisation of the decoy runners…there are several more little things that Barrett hasn’t introduced at the Dogs that the top coaches work so hard on.

The players are of course responsible for their own efforts, but all of these things come from the man with the clipboard and they’ve got plenty of time to work on them during the week.

It’s way too early to pass judgement on Potter, but if he can fix up these issues the Dogs will win more games than they lose and the Eels result won’t be an anomaly.

What I ask from the readers before passing judgement is to pay more attention to these things next weekend and notice the difference better the top and bottom teams…they’re light years apart and many of those players at top teams were nobodies before they were well coached.