Enough with the Socceroos niceties. Cop that, Peru!

The postscript to the Socceroos win against Peru that sends the Australians to Qatar for another crack at the World Cup, says a lot about our country and its people.

From all walks of life Aussies came together for the common cause, cheering on at home, at live sites or via the internet, knowing full well that the bookies and many football pundits had the South Americans as clear favourites entering the contest.

Yet even when the green and gold somehow conjured another backs-against-the-wall win and the subsequent qualification that will go down in Socceroo folklore, there was very little animosity or nose-thumbing towards the opposition.

Australians took to social media in rapturous celebration, frantic in their support for Andrew Redmayne and his fellow Socceroos, who had achieved what did seem unlikely just a few short months back yet also saying little about the opponents left in tatters and tears in the centre of the Ahmad Bin Ali Stadium in Doha.

It would have been too easy to let rip on the poor Peruvians, a team that seemed to have no chance of qualification early in their campaign but rallied and came within a penalty shootout of their sixth World Cup appearance.

To me, that says a great deal about the broad sense of fair play and an appreciation of honourable competition that Australian sports fans hold and value dearly.

Sure, there are a few buffoons that are best weeded out of our stadiums and online forums, yet in broad terms Australians afford opposition a more than decent space at their table, rarely transporting sporting competition into spaces where insult and disrespect precede and/or follow what should simply be an honourable contest between two proud nations.

Sadly, the Socceroos’ South American opponents in World Cup qualification play over the last 20 years have not displayed the same respect in return, with Peru the latest to take the high football ground in the lead-up to a clash with the Australians. 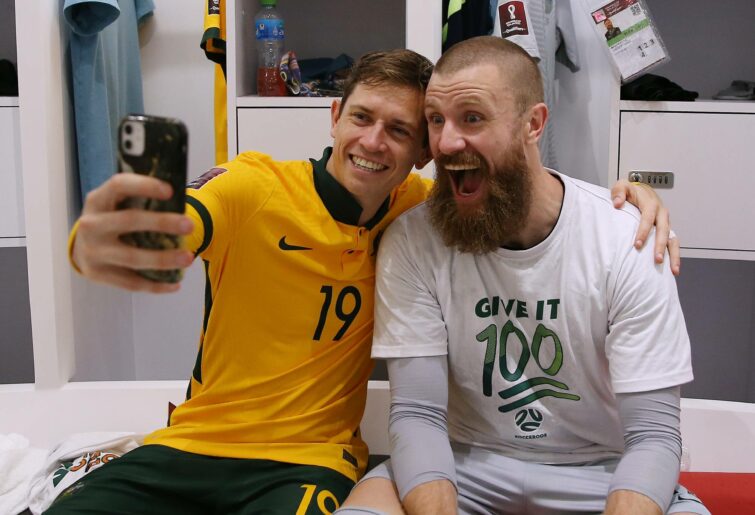 Former Peru international Ramon Mifflin echoed the views of many Peruvian fans when he stated categorically that “There is no creativity [in Australia],” he said. “Just the left-footer who plays in Frankfurt.

“[Australia] is very poor and without ideas. They’re timid and do not look for the opposition’s goal.”

Thanks for your input, Ramon. Much appreciated. How did that work out for you?

It was nice that Mifflin actually acknowledged the work of Ajdin Hrustic in Germany, yet one can only imagine what he thought when substitute goalkeeper Andrew Redmayne took to the pitch and began a performance that may well have had him scratching his head.

Of course Mifflin is not the first South American to question Australian football’s credentials. For many, his comments had a similar stench to those made by Alvaro Recoba upon his arrival in Australia for the 2005 sudden-death playoff match between the Socceroos and Uruguay in Sydney.

“We’re a big country with a big past and we’ve got a right to play”, Recoba confidently told an expectant media, “Uruguay has a divine right to play.”

Whether Mifflin and Recoba are actually that silly to think that past glories count for anything in such crucial moments, their greatest mistake was not understanding the Australian psyche and its ability to rarely be intimidated.

Speaking arrogantly, both South Americans failed to realise that their comments would lead to nothing more than the taping of them to dressing room doors in the lead-up to the knockout matches. They also underestimated the character, resilience, determination and fortitude of Socceroo squads to which they almost certainly felt superior.

The silliest thing you can do to an Australian is to hover above them with a sense of superiority. Doing so stirs a natural reaction in all those closely connected to the folklore of the boxing kangaroo, an animal willing to fight harder than it has ever fought before.

Perhaps someone should have told the Peruvian fans, media and pundits about this Australian character trait before they collectively appeared to have their boys locked into the 2022 World Cup finals in Qatar.

Maybe they now understand a simple reality in world football, just as Recoba learnt all those years ago when our Socceroos broke his heart in Sydney after John Aloisi scored ‘that’ penalty. Never, ever underestimate an Australian football team no matter how far above them in the rankings you may be or how convincingly you beat them the last time you met.

The Socceroos are always full of surprises, and Peru can toddle off home as their latest victim for all I care.