Martial arts, lost kgs and chats with Dave - How Harry Wilson has prepared for Wallabies return

Wallabies and Reds No.8 Harry Wilson joined The Roar Rugby podcast this week to talk abut improving his game under the direction of Dave Rennie, how he’s been studying potential rivals and the unusual way he found out about his latest selection.

Wilson was named on the weekend in Rennie’s 35-man squad to prepare for the three-Test series against England next month, and said he found out thanks to social media.

“In the past we’ve always been called so we found out early  but this year I found out via the Instagam when the Reds tagged me,” Wilson said.

“It was a bit of relief. It got to about 9.30 and I hadn’t had a call. I thought if I did get a call it was probably going to be bad news. I thought I’ll keep my phone close to me.

“I was stoked when I found out – that’s what you play for to be in a Wallaby squad and then hopefully the team so I was very happy with it.”

Stream the podcast here or on your favourite app.

Asked if he took the social media post as gospel, Wilson admitted: “I quickly searched up the Wallabies Instagram. I thought it was going to be a 10am announcement on Nine’s sports show but then it took about 15 minutes to announce it on that.”

He revealed that players only generally got a call from Rennie when they were being left out and that Jed Holloway received a call on Sunday morning, and didn’t want to answer it.

Instead of rejection, it was Rennie asking him if he would appear with him on the Nine coverage.

Wilson told The Roar podcast hosts Brett McKay and Harry Jones about what happened after he was left out of the Spring Tour last year to focus on getting in a proper pre-season ahead of this campaign.

He didn’t speak to Rennie between that tour and the April camp.

“I had a few good conversations with him there and he’s reinforced a few areas of my game which includes my ball carry,” said Wilson.

“He thought he saw some good growth there and talked about he wants me to keep improving it.”

Wilson caught up again with Rennie this week at a camp at Ballymore.

“My footwork that he wants me to work on is not just an overnight fix,” Wilson said. “I’ve made improvement, which he’s noted, but he’s also wants to see more growth.

“It’s been good this week, I’ve done some one on one stuff with him and he’s trying to help with a few more finer details.

“We haven’t really spoken about the year for me – now it’s about trying to train hard and do any little thing I can to get a jersey.”

Wilson said the loss of Taniela Tupou and absence of Luhkan Salakaia-Loto at the Reds this season had meant he needed to carry the ball in tight more often.

“You don’t get as much glory but as long as you get enough front foot ball for the other boys to run off, that’s my job and something I enjoy too.”

His preseason was different to previous campaigns. 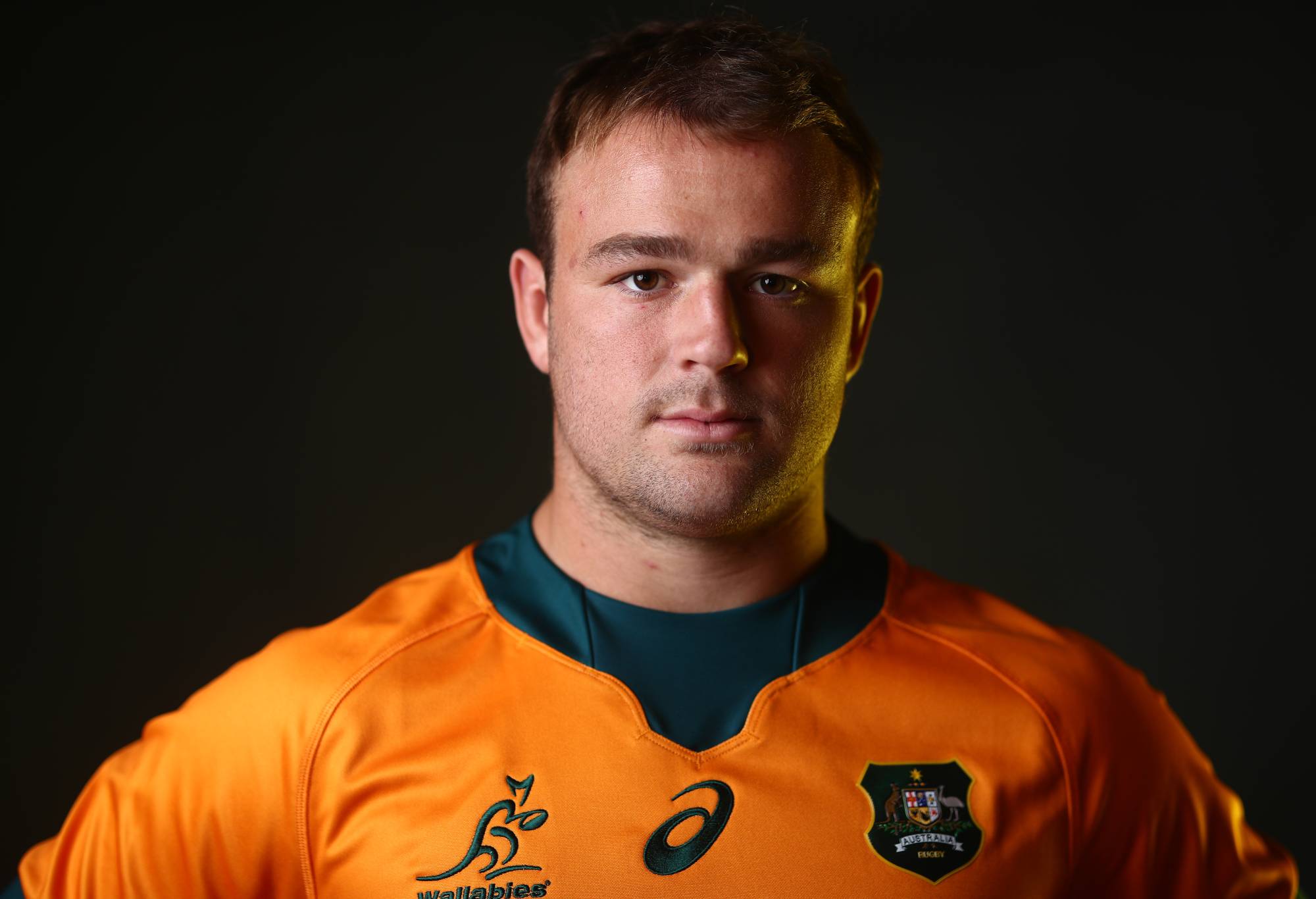 “Part of it was working on my speed,” Wilson said. “I’m used to getting flogged for hours and hours and doing fitness in preseasons but this one as more speed – power based . I felt like I got a lot benefit from. I tried to lose a couple of kgs and it can only help with your agility.

“I think I’ve found my weight now that I can play my best footy at. Hopefully I don’t go back to being a Harry tight pants any time soon.”

Preseason also included twice a week sessions of jiu jitsu, which has helped him with his finishing near the try line.

As well as the physical learnings, Wilson has also been a keen student of potential rivals.
“Loving my rugby I keep up to date with what’s happening over there,’ Wilson said of northern hemisphere rugby.

“At Reds, Jim McKay our attack cach always has little projects for us. One for me was to have a look at how No.8s play in the northern hemisphere.

“I watched a lot of how Alex Dombrandt and Billy Vunipola play. It’s cool, it’s all clipped up at training.”

One of his learnings was Dombrandt’s style.

“I’ve watched how Dombrandt just loves playing off Marcus Smith,” he said. “You see a lot of No.8s playing off the nine where he’s a bit different there. That’s just a little project but in hindsight it will help me in the English series if I get a crack there.”

Wilson also gave his tip for this week’s Super Rugby final and tipped the Crusaders, who ended the Reds season in the quarterfinal.