Glenn Maxwell has helped Australia pull off their greatest chase against Sri Lanka, thumping an unbeaten 80 in his one-day international return to seal a rain-affected two-wicket win.

Playing in an ODI for the first time since December 2020, Maxwell was the star as Australia completed their pursuit of a reduced target of 282 from 42 overs with nine balls to spare.

Australia continually put themselves in front of the Pallekele series opener, only for limping spinner Wanindu Hasaranga to keep Sri Lanka in it by taking 4-58 while battling a serious leg injury.

Australia looked in control at 2-126, 4-189 and eventually 5-228, before Hasaranga removed Alex Carey and Pat Cummins in the space of three deliveries.

But ultimately, it was Maxwell who put on the big show he is so often renowned for.

The 33-year-old pumped seven sixes in his 51-ball knock, pulling powerfully through the legside whenever the hosts got their lengths wrong.

In the over after Carey and Cummins departed he also took 15 off Maheesh Theekshana, reasserting Australia’s position.

And while Ashton Agar became the eighth Australian to fall with 28 needed, Maxwell held his nerve to finish the job with two straight sixes in the penultimate over.

“We probably lost a few too many wickets and made it closer,” Maxwell said.

“The run rate was at a controllable rate, but with the conditions keeping spinners always in the game and the quicks and their change-ups.

“On that pitch you were never over the line until the last went over the rope, so it was nice to get the job done.” 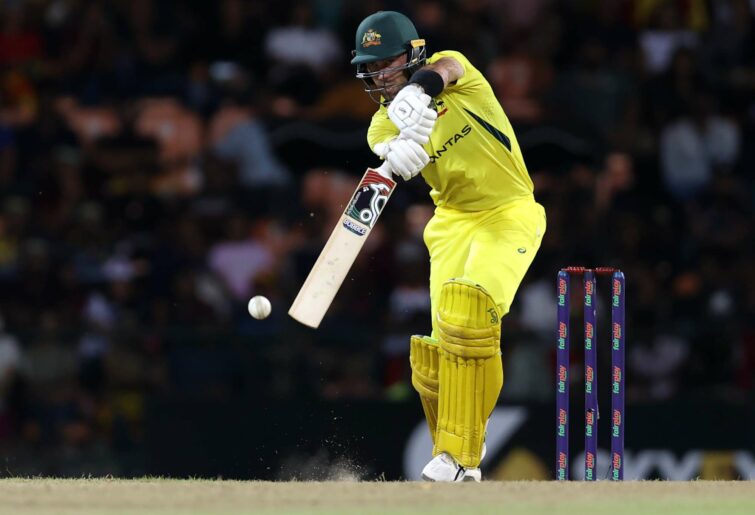 Initially chasing down Sri Lanka’s 7-300, Maxwell’s heroics came after Marcus Stoinis and Aaron Finch had both hit 44 while Steve Smith controlled the early stage of the innings with his 53.

“That was an extraordinary innings by Maxwell,” Finch said.

“It was pure class. He showed a lot of skills and game smarts.”

But it wasn’t all positive for Australia.

Agar could be added to their growing injury ward, after leaving the field following the end of his 10 overs with the ball and reporting pain in his side.

The visitors are already without Mitchell Starc and Mitch Marsh for the next ODI on Thursday, while Kane Richardson and Sean Abbott have both been sent home with injuries.

Questions will also be asked of their bowling set-up ahead of next year’s one-day World Cup on similarly slow wickets in India.

Agar (2-49) and Maxwell both bowled 10 overs each, while Marnus Labuschagne was called upon for three overs late.

Australia’s quicks struggled to get anything out of the slow pitch, as Josh Hazlewood, Pat Cummins and Jhye Richardson went for a combined 1-166 from their 26 overs.

Meanwhile Hasaranga’s brave effort with the ball came after he hit 37 from 19 balls late for Sri Lanka, hitting Richardson for five straight boundaries in the penultimate over.