Is it 1985? No. It’s 2022, and Kate Bush is No. 1 in most countries worldwide with her single Running Up That Hill thanks to the popular 80s-themed TV series Stranger Things.

But Ms Bush might have a point. Are the Wallabies actually beginning to start running up that road? Are they running up that hill? With the World Cup a mere 15 months away, we need to start asking those questions.

And it’s no coincidence – just look at the title of this article – that the English will help determine this. We’ve seen for years how the English have dismantled our teams since 2016. We’ve been burnt time and again by eager, eagle-eyed Eddie Jones and his English ensemble. Now we get to see what our current troops have to offer. Can they arrest this 0-8 slide?

Well, it all begins with the squad – a squad most would have picked outside one injury and one convert. But the squad must become a team before we start running up that road.

So, how does this team start running up that hill?

Young Bell needs to start over the old buck James Slipper after his efforts this year outpointed the elder statesman (tip tackle excluded, Jacko). Fainga’a does enough for me with his previous international experience and Brumbies performances to edge out Dave Porecki, who I’d like to ease in off the bench – baptism of fire and all that. Alaalatoa will maintain that Brumbies combination for the early parts of the game until we unleash the Taniela Tupou.

The injury to Izack Rodda is a big blow. The next-best lineout caller, and someone Dave Rennie prefers, is Philip. I just like Swain. Sue me. He’s a disrupter in mauls and seems to steal more lineouts than any other lock I’ve seen this year. If anyone has the stats to back up this biased opinion, I’d love to see them. 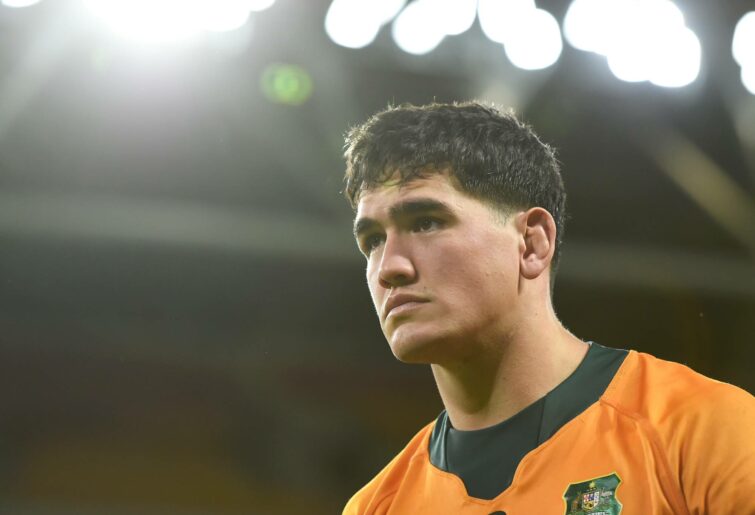 I mean, this back row just picks itself. The Red in me wants Harry ‘Where’s My’ Wilson in there somewhere, but I can’t do it. This one is locked.

The biggest pest and the biggest (used-to-be) maverick. Old ‘Arthur Shelby’ White and the new, calm and composed Cooper are my picks. Niggle, box kicks and a steady, old Bok-busting hand to run the game.

Magic Marika and his never-ending efforts on and off the ball on one wing with the breakthrough player of the year contender Kellaway on the other. Safe as houses here.

One was nominated for world player of the year and the other was a defensive powerhouse that hits the holes Kerevi creates. I love the combination these two provided in their five tests last year.

It would be Tom Banks if he were sticking around, but I don’t see him becoming one of the three overseas picks next year as it stands right now. Therefore we must find out what else is out there. With no Jock Campbell, it’s the high-flying Jordie for me.

Porecki is a deserved selection in a position we have struggled with for years. Slipper comes on for his stability and Tupou for his explosive runs. Holloway is my switch-hitting No. 4/6 and Samu can do everything between Nos. 6 and 8. I’ve picked McDermott because of the mullet and high-octane runs around a tiring ruck, O’Connor for his versatility and experience and Perese for a potentially game-changing, tackle-busting substitution.