How to fix the AFL's bye-round blues

Ah, June. A time of year always accompanied by feelings of boredom and lethargy.

Over the last two weeks, I have seen numerous people complaining about it online, had friends tell me how hard it is to care about other games the same weekend when their side isn’t playing, and even read calls in the media to scrap it altogether.

It’s a pretty unpopular part of the fixture.

This was only exacerbated by this year’s decision to have a fixture on both Thursday and Monday in Round 13, resulting in four days with just one game, and Saturday with only two.

Now scrapping the bye is incredibly unlikely, as players push their bodies to the brink once every six to eight days, and that mid-season week of recovery is crucial.

It’s the same reason clubs will manage footballers from time to time without the year, and the reason the AFL introduced the (equally unpopular) pre-finals bye.

While the current format of three bye-rounds has only been around since Greater Western Sydney joined the competition in 2012, that doesn’t mean the mid-season bye is a new concept.

In 2001, due to an increase in professionalism and teams having to rest players, the split round was introduced. It saw four games a weekend across two weeks which made up Round 12 of that year, and this format was repeated in 2002.

The split round was then scrapped in 2003 and replaced with an entire week off between Round 12 and Round 13.

However, the split returned in 2004 to deliver us a weekend with seven games, followed by a standalone Sydney vs Collingwood classic at Olympic Park – potentially due to the fixture between the two sides in 2003 being the highest-ever attended match outside of Victoria.

In Round 13 2005, it was back to a bizarre split, with six games one week and two the next, one of the two once again being a Sydney vs Collingwood classic at Olympic Park – a rivalry I apparently do not recall in the slightest.

This occurred again in Round 12 of 2006 – this time with Collingwood winning comfortably – before 2007 saw the split round balance a little, with five games one weekend and three the next (one of which was – you guessed it – Sydney vs Collingwood at Olympic Park).

2008 returned to the six games one week, two the next structure, with yet another Swans vs Pies Olympic Park standalone Saturday clash, and while this annual match continued into 2009 and 2010, these years returned to the 5:3 split.

(Seriously, did anyone else have no memory of Sydney and Collingwood playing a standalone Saturday fixture at Olympic Park for eight consecutive years?)

In 2011 it was much easier for the AFL to schedule, as all teams had a bye thanks to Gold Coast being introduced, while triple byes were observed in Rounds 4, 5, 6, 16 and 19 in order to balance the books.

2012 saw the creation of the three-week bye round as we observe it now, and after ten(ish) consecutive years of implementation (looking at you, COVID-affected 2020) it’s clearly the preferred model.

However, all it does is make the suffering slightly less across three rounds than it used to be across two. Longer suffering but more games each weekend? Not sure if it’s a win, almost like taking a band-aid off slowly.

So, what is the solution?

I propose a youth-based State of Origin. 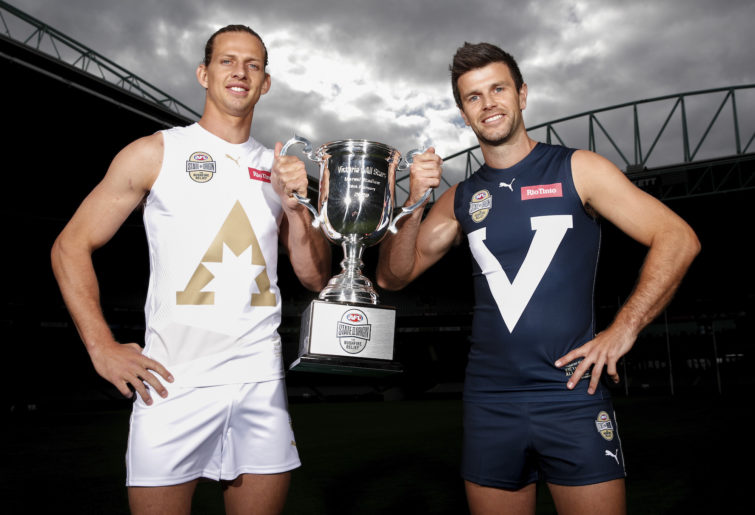 Victoria and the All Stars did battle for Origin glory. (Photo by Dylan Burns/AFL Photos via Getty Images)

A competition that would see the best non-AFL listed players from the WAFL, SANFL, VFL (now combined with the NEAFL) and TSL play each other across a weekend of high-rivalry footy.

You could be showing up to the MCG on a Friday night, while the AFL players have a week off, and watching the likes of Eli Templeton, Peter McEvoy, Hayden Schloithe and Chris Curran duke it out on the big stage, in representative kit.

If you don’t know any of the names I just listed, then a representative match would be the perfect chance for you to learn.

To cap it off, the best time to do this would be the weekend immediately before the mid-season draft, giving the best players in the state leagues across the country one last chance to prove their worth against the best of the rest.

The other days would give us the perfect chance to highlight the U18s carnival, which doesn’t get nearly enough attention.

“But Jack,” I hear you say, “would there then be no grand final? How do we know which state (or cluster of states) reigns supreme?”

The answer to that is another unpopular and common bugbear of footy fans: the pre-final bye.

The players return to the WAFL, SANFL, VFL and TSL respectively for the rest of the season, only to return to the big stage on the pre-finals bye, and once again be the centre of attention with no other football on that weekend.

The best part is that these matches already occur and – for those who watch them – are often terrific contests, characterised by this year’s thriller between Western Australia and South Australia, with the Croweaters clinging on to a four-point victory.

The U18s State Championships also already take place each year, typically across June and July, and would only need to be modified slightly to allow either the semi-finals or grand final to fall during the AFL’s bye round in early June

The U18s carnival also serves as a fantastic place to catch a glimpse of upcoming young talent set to be drafted the next year, with recent player of the tournament medals going to players such as Sam Walsh, Nick Blakey and Connor Budarick – who now, as AFL players, need no further introduction.

Is this likely to happen? Probably not.

But it does illustrate the fact that the AFL does have options available to fix the gripes people have with the current format, which results in widespread boredom.

Who knows, maybe we can have a two-week rivalry round like old times? Fewer games, but higher interest levels.

This could be an easy win for the incoming AFL CEO. 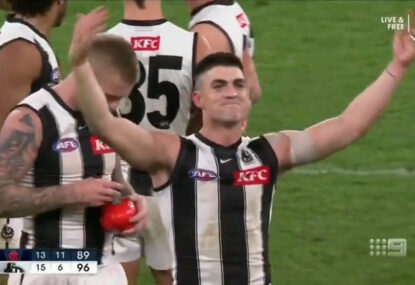