'I'd put my hand up to play 15 for sure': JOC on Wallabies backline battles and why he struggled on Spring Tour at No.10

James O’Connor says he’s fully fit and would be ready to step in at No.15 if he misses out as Wallabies flyhalf to Quade Cooper in next month’s series against England.

The Queensland Reds flyhalf missed the final weeks of Super Rugby Pacific with a hamstring injury but said he would have been fit had the team gone beyond the quarterfinal loss to the Crusaders.

JOC was one of three No.10s named in Dave Rennie’s 35-man squad along with Cooper and Noah Lolesio. Cooper is considered the favourite to wear the jersey for the first Test in Perth on July 2 but O’Connor’s versatility will likely win him a place on the bench.

Fullback has been a problematic area for the Wallabies. Tom Banks is considered the incumbent, although the injured Kurtley Beale wore No.15 on the Spring Tour, at a time when JOC was in the No. 10 jersey and not, in his own opinion, at his best.

On Thursday O’Connor told reporters he spoke to Rennie about a transition to No.15 last year but it had not been raised this year.

“This year’s been all about playing 10, improving my game there, working on the little things we’ve both discussed and I could benefit from,” said O’Connor.

“It’s just been about 10 but to be fair we haven’t had too much communication. When you’re in Super season it’s eyes on the prize there, now we’re in we’ll see what happens.

O’Connor said the battle for the No.10 jersey was “high competition.

“We each play in our own way and we have our strengths and weaknesses,” he said. “To be fair it’s going to be a good battle and we’ll see what happens in the next few weeks, see where the cards lie.”

O’Connor stepped up in Europe after Cooper missed the end of season matches because of Japan club commitments.

“To be honest it wasn’t my best tour,” O’Connor said.

“I just found it a little difficult to get into the game. Whether that was the way we were playing as a group, also I was probably a step too deep.

“I was probably preparing for conditions that didn’t actually come. It was actually pretty quick over there, we were thinking it was going to be more wet weather footy.” 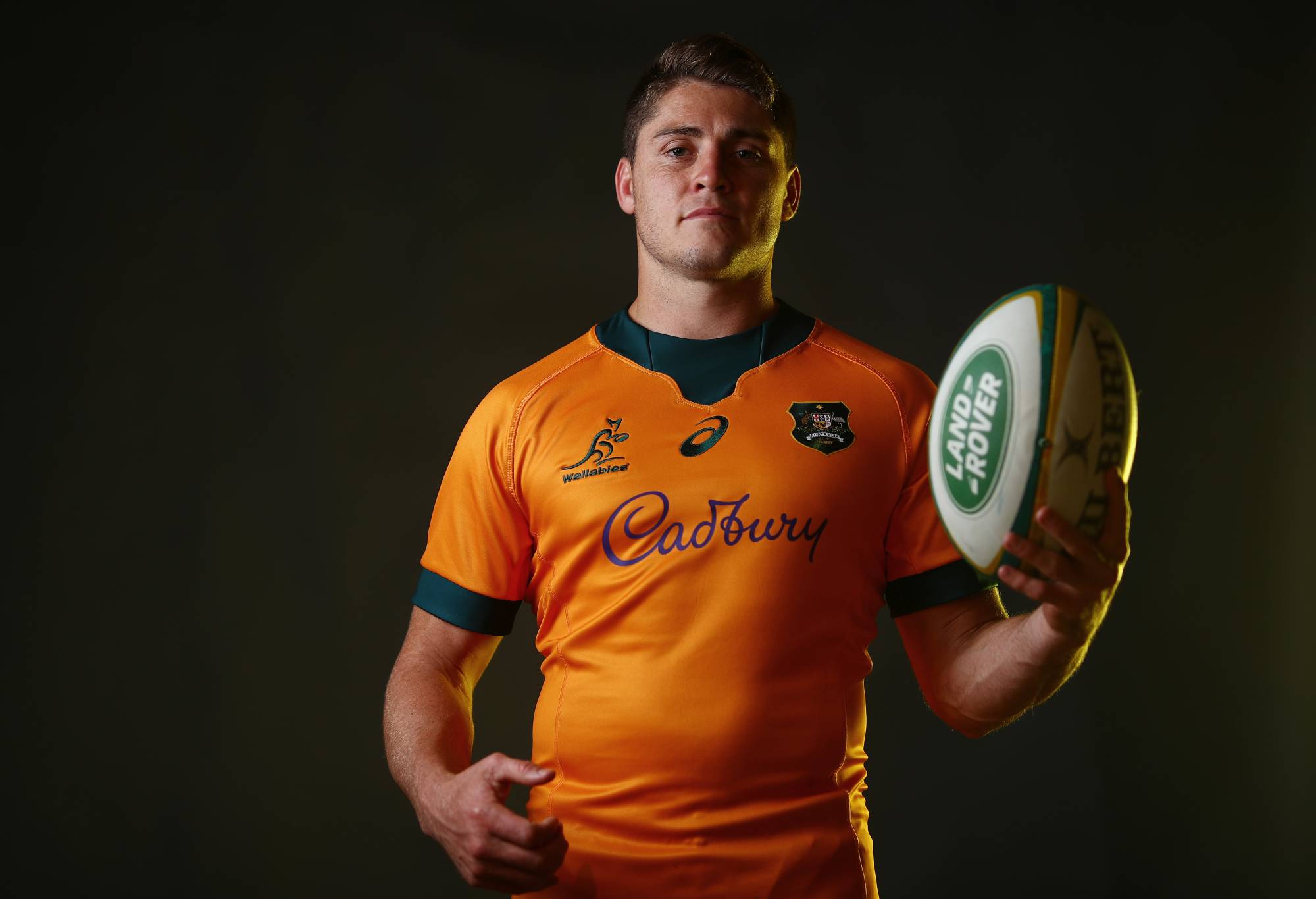 He said despite his injuries he felt in a better place now.

“Leading into Test matches it is a step up, you want to be prepared, at your physical best, so you can put your stamp on a game. I definitely feel I’m in that place now.

“My weight feels good and I’ve been hitting all the benchmarks I’ve been discussing with the coaches and it’s time to put it out there on the field.

“The goal for me is consistency every week – it’s not like having one huge performance and then dipping down, you want to be like a well-oiled machine when you get on the field so everyone knows you’re going to perform as a group  each time.”

Wallabies squad member Harry Wilson chats about his selection with Brett McKay and Harry Jones on the Roar Rugby Podcast.

Start or finish, O’Connor is likely to come up close with England’s much hyped young No.10 Marcus Smith.

“If they can get their fundamentals down pat and get go forward, he can be really dangerous around the fringes.

“If he has [Owen] Farrell outside him that’s a steady head and a great ball player who controls the game very well, and [gives them] good balance across the field.”

O’Connor chatted with Smith after England’s win in November.

“There’s always pressure, it’s just how you deal with it,” he said. “I spoke to Marcus after the game last year and he seemed in a really good mindset and headspace.

“I think he’s coping with it really well. My personal experience – I had ups and downs at that age especially when I was put into that role at 10, leading the team around the field and knowing you’re orchestrating the attack. I wish him well and hope I can do a job on him.”

Smith could be boosted by being away from home and in a tour environment, although, as we saw with England’s Ashes tourists, best laid plans and cohesion can come tumbling down in an instant if the tour starts going pear shaped.

“It’s up to the person. Sometimes when you go away on tour you’re away from home so it can be a little harder,” O’Connor said.

“Other times it brings the group together and there’s a little less pressure on the fact you’re not at home, you’re out of the bubble I guess.”

England were poor during the recent Six Nations, with coach Eddie Jones under pressure again.

But O’Connor doesn’t see it counting for much.

“They’ll be a completely new team. They’ve got a great balance in their squad and I’m sure they’ll come out firing,” he said.