ANALYSIS: Plenty of positives in All Blacks squad but Ian Foster's lingering indecision in two key areas could prove costly

The All Black squad has landed, and a few key decisions have been made.

TJ Perenara has missed the 36. It was clear on the EOYT that the pace of the ruck game and opposition defensive line speed had at last caught up with our halfback warrior.

I can’t imagine this was an easy phone to make for the coach but it had to be done. The No.9 shirt is critical to game tempo now and for TJP his game style has just dated.

Huge thanks to the man, All Black legend, man of mana, and will no doubt play his heart out for the Maori All Blacks against the Irish this year, and report back accordingly.

I worry a little that Finlay Christie has looked a little flustered in the tighter matches this year, so it’s critical Nugget can stay fit for the series, but now is the right time to move on.

Seems eons ago that I wrote that New Zealand would miss Kieran Read more than we would ever know. His lineouts both sides of ball, ability to win the ball back in general play and just sheer workload at tackle, carry and breakdown time has never been replaced, nor adequately redistributed. 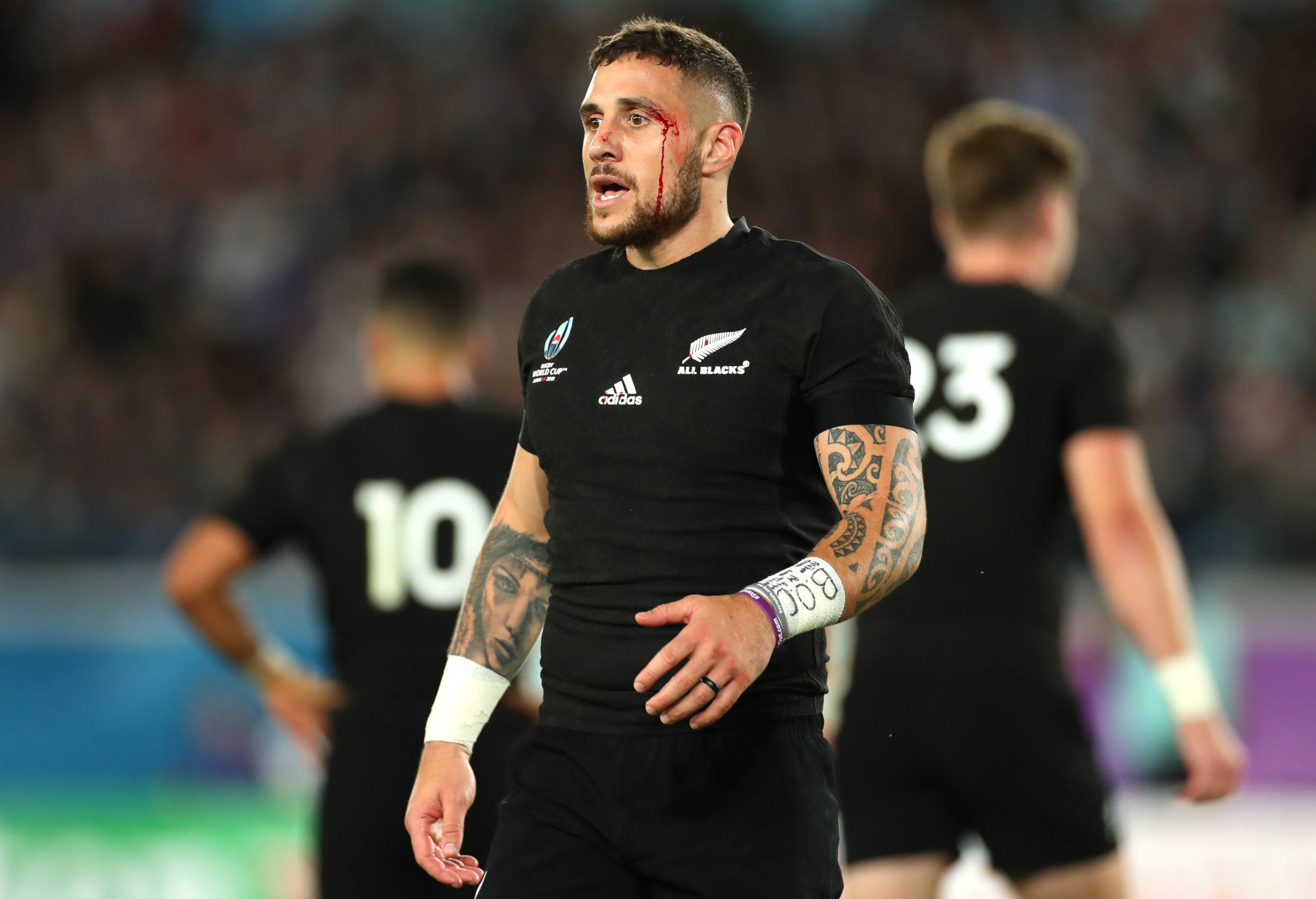 The All Black obsession with playing their best attacking players at the expense of both combination and balance has been evident from 2019 semi-final and emphasised even more so last year as the ‘we will outscore you’ model came tumbling down yet again.

The selection of two specialist No.8s demonstrates that they have finally got the message. (Interesting to note Peta Gus Sowakula has been referred to as a 6/8).

The immediate advantages are those written about prior, lineout strength is the big plus (A sub 80% lineout against South Africa, and three more misses when having under 40% possession against Ireland was probably the final straw).

Both are good ball carriers and cleaners – Sowakula in particular really bashes into rucks, and both have the ability to offload post contact. Hoskins has certainly delivered greater physicality this year and I really hope he can reproduce that physical effort at Test level; if he can, we will have something special. For the record, I would have still selected Cullen Grace who is as tough as they come.

I must confess to feeling like something like a shag on a rock, with my, ‘playing Ardie at 8 unbalances the trio’ position, but this week I note a couple of media outlets discussing the ‘selection that dare not speak its name’.

This week’s The Breakdown podcast with Jeff Wilson and Justin Marshall is their best rugby analysis of the year by some distance as they discuss All Black balance and game plan.

It’s really good solid rugby analysis and pretty pointed. I have been quite harsh on the man from Mataura this year so it’s nice to recognise this quality output.

One absolute diamond from Marshall in this pod was noting in the past the All Blacks have been selected for a shape for where they want players to be 3-4 phases into a move, and not for where they need to be at source. That sums up last year really well I thought. A set of compensating trade offs that just did not work.

Even fervent All Black critic Mark Reason finds some time amongst another attack on the coaching team to actually drop some seriously well-thought analysis on the loose forwards and first five eighth position.

“Unfortunately to date Foster’s indecision has been a trait that has crippled both of his world class 10s at times.” 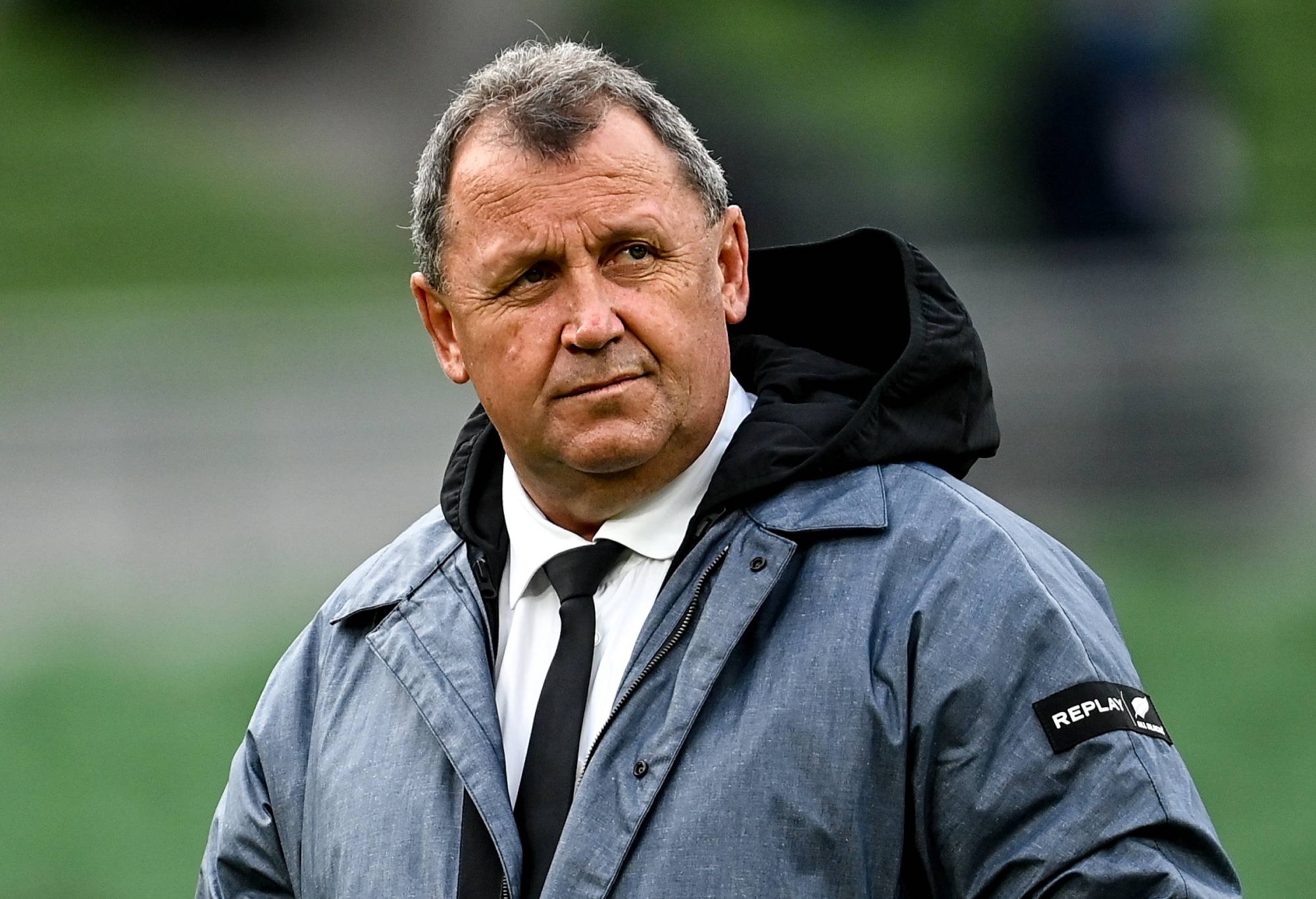 This really is well worth a read (and not just because it supports my recent articles, honestly!!) but because he is making observations that just don’t often get asked by the New Zealand main-stream rugby media.

Having selected both of these guys as 8s, surely the failed experiment of the two wide ranging loose forwards in now consigned to the planning room floor, from whence, it should never have seen the light of day in the first place.

One last thing, who is doing the designated hard hit-ups in our own half out of that group? It’s probably one short in the mix for mine, which will be remedied with the return of Ethan Blackadder next season.

It’s all very encouraging from a loose forward perspective, so hopefully a narrower game plan where our tight five are not left to get outnumbered in the middle of the park this time around.

There are positive noises from the coaching team recognising the lack of physicality in the last campaigns – first step is admitting you have a problem.

But still that, ‘we will outscore you at the risk of all else’ seems to be bubbling just below the surface.

Five midfielders selected, one on apprenticeship, and all of them fighting in the same weight division. While I am not in the camp that suggests that there has to be a big bopper line breaker in there somewhere, one can’t help but glance past Ireland to the next two games away in South Africa and remember how poor game plan exposed the players in those two Tests.

Quinn Tupaea looks to be the only option of a post contact metres maker in the squad, and the only real post gain-line distributer amongst them. Looks a little too same same for my liking.

Which raises the selection of still injured Caleb Clarke. If he was the kind of winger who works hard off his flank, regularly hits the line outside 10 or 12 (like Ioane can), and distributes from there, then I can understand the selection, but he’s not. No doubt the understanding of the need for go forward in the wider squad is behind this one but I still don’t get it.

If he is selected in the 23 it simply opens an avenue for the opposition to attack. Poor distribution, turnover ratio over 20%, a tackle percentage that barely shades Marty Banks, and not great under the high ball. The attacking benefits which appear more imagined than real given his try scoring record in internationals to date, isn’t doing it for me.
Convince me AJ Lam isn’t a better option.

This seems to me the same clinging to hope over probability that underlined the poor decisions made in the loose forward trio last year and ignores actual outcomes.

So overall steps in the right direction with a mind to the issues of last season.

The scrum last year was fine and should be again (and I would like to see this go aspect really go after Ireland). The lineout was at least one jumper short last year so that is addressed, specialists No.8s tells me New Zealand will play more directly with a greater gain-line focus when New Zealand have the ball, and the possibility is there to pick three relative giants in the backline back three, all quick and good under the high ball.

On a wet Sunday before the Ireland Test series starts, grab a coffee and watch the last 35 minutes of the Chiefs semi-final when Cane comes on. The belting he hands out at the gain-line and at offensive ruck time is a joy to watch.

All arguments over, the 36 is selected, you have a job to do gentlemen.