Broadcasting great Bruce McAvaney has been inducted into the Logies Hall of Fame, in a fitting tribute to an icon of Australian sport.

McAvaney, who remains the voice of Channel 7’s Olympics coverage and was the network’s chief AFL caller for nearly 30 years, was given a standing ovation on Sunday night after the award was announced, with the 68-year old stealing hearts with a typically humble acceptance speech.

“I am emotional but my voice is not as strong as it should be tonight,” he said.

“I wondered how I’d feel tonight when I walked up here. I feel a lot of love actually and a lot of warmth.”

McAvaney was quickly praised on social media, with a legion of Australian media staples including Peter FitzSimons, Jim Wilson and others paying tribute.

McAvaney also revealed the highlight of his commentary career was calling the Western Bulldogs’ fairytale 2016 grand final triumph, while his call of Cathy Freeman’s 400m gold medal at the Sydney Olympics is among the most famous in Australian sporting history.

The commentary doyenne retired from calling AFL in early 2021, but confirmed he’s got his eyes set on many more Olympics to come.

“I feel so enthusiastic at the moment,” McAvaney said. 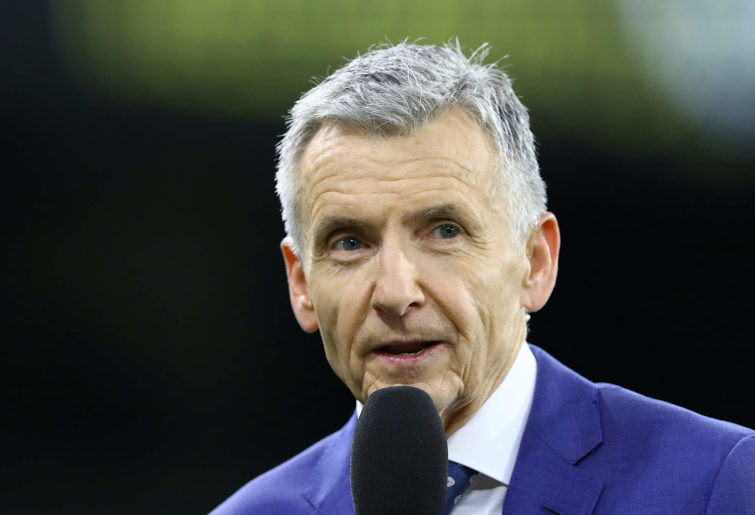 The AFL is currently dealing with dwindling crowd numbers at games, having seen attendances dip well below pre-COVID rates.

According to The Age, a possible solution raised by the clubs is to start games on Friday night earlier, with the current time making it difficult for families with children playing junior sport on Saturday to attend.

The masthead conducted a survey among leading figures at each club, with an anonymous boss saying the 7:50pm start time ‘is just too late for people’.

“People find ticketing too difficult and have started not to bother. The cost is a factor, as is some scheduling,” they said.

“Some COVID factors will just take time; there’s also some behavioural stuff with crowds that turn people away.”

The AFL have already brought back the option of a physical ticket for supporters with which to attend games, having operated under a much-maligned digital ticketing system since the start of the pandemic. 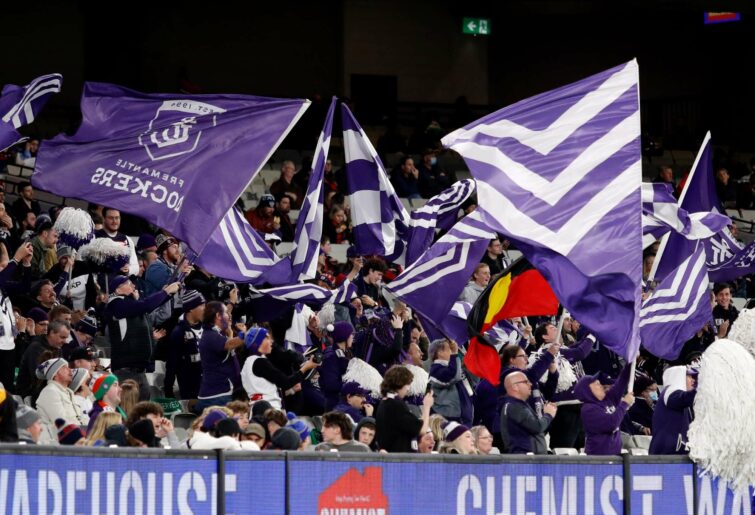 Powell suffered a dislocated ankle in the third quarter at Metricon Stadium, in an incident so gruesome broadcaster Fox Footy chose not to show replays.

Leading by 30 points at the time, the Crows closed the gap to just 13 midway through the final quarter, before the Suns steadied with six goals to one to run out 43-point victors.

Speaking after the match, Dew said the team’s reaction to the incident was ‘only human’.

“A couple of guys mentioned they saw it on the scoreboard. When it’s your mate, and everyone knows ‘Powelly’ lives for footy,’’ he said said.

Powell will have scans to determine the severity of the injury, with the in-form defender likely to miss the rest of the season.

Dew said Powell’s spirit-lifting demeanour off the field would be missed as much as his on-field excellence.

“It’s clearly nasty, ankle and leg. Generally, if the ankle does that … there could be a fracture in there as well,’’ Dew said of Powell’s injury.

“We still need to celebrate the goodness of this win but we said if ‘Powelly’ was in the dressing-room that’s exactly what he would want. He’s one of our most boisterous team members.

“We’re thinking of him and we’ll check on him as soon as we can.’’