A weekend of finals and deciders all around the rugby world gives way to an important realisation for the average rugby fan: the international season is now days rather than weeks away.

And it will be an international season the likes of which we may never see again.

The highly likely tweaking of the international calendar after next year’s Rugby World Cup will see three-match Test tours by northern hemisphere nations scrapped from 2024, instead replaced by inbound three-match tours to three separate countries.

So, England are on their way to Australia this week, and after Eddie Jones’ team was thumped 51-22 by a 14-man Barbarians at Twickenham, a combination of a good, old-fashioned English rugby media condemnation and a typically optimistic Jones press conference post-match leaves us no closer to knowing what kind of Red Rose squad will land on our shores. 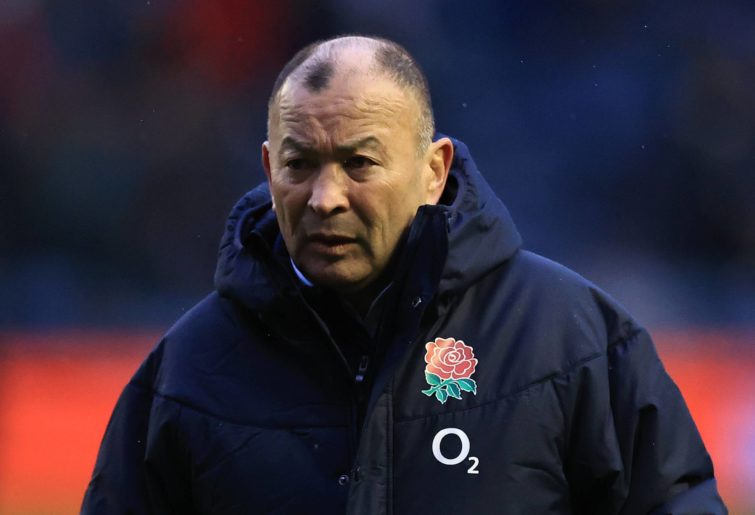 Presumably, it will be somewhere in between the side The Telegraph’s Charlie Morgan suggested comprised an “over-reliance on (flyhalf) Marcus Smith, a lack of punch and set-piece scruffiness”, and the Premiership final in which Leicester kicked from hand 58 times to Saracens’ 47 in their 15-12 win at Twickers the day before.

Jones said the BaaBaas thumping – as disappointing as he went to great lengths to keep saying it was – was more about putting a new game plan into action, and with a team minus the Tigers and Sarries contingent that he put straight back in on Monday night, Australian time.

“We approached the game in a particular, strategic way,” he said post-match.

“We wanted to try to play a bit differently, extend ourselves and give the young guys an opportunity show their ability, particularly with the ball.

“But we were beaten pretty badly at the breakdown, so it’s a good reminder of how much work we have to do before Australia. From that point of view, I’m really pleased with what we did.”

He might have a bit of work to do with their attack too, given they enjoyed 57 per cent possession and forced the Barbarians to make nearly twice as many tackles. They carried for nearly 200 more metres, threw twice as many passes, spent considerably more time in the attacking half, and scored three tries against 14 men.

And to further underline the contrast to the final, England kicked the Gilbert 19 times to the Barbarians’ 30. The BaaBaas, down one very large France-based Australian lock for 50 minutes, scored three converted tries in the last 14 minutes.

“I’m not pleased with how we performed. I’m pleased with the intent of what we tried to do and its great preparation for Australia. But obviously not happy with the result,” Jones said.

“No one is happy about the result but, again, we look at it in the light of what we’re trying to do.”

The English press remain far from convinced what exactly that is, however, with Morgan suggesting the Wallabies will never get a better chance to exact revenge for the 2016 clean sweep in Australia. His colleagues didn’t miss.

Gerard Meagher wrote for The Guardian, “this was without question a chastening afternoon for Jones, the biggest margin of defeat under his tenure and a humiliating one for England that raises huge concerns over the forthcoming tour of Australia.”

Wallabies coach Dave Rennie, for his part, is having none of it, though.

“The squad they bring over will bear no resemblance to that group,” he said from their Sunshine Coast base yesterday.

“They had a lot of their key players playing on the weekend, so once they name their squad, I’ll take a bit more interest.”

And I guess we find out soon enough what piqued his interest, now that the squad has been named.

Perhaps it was that Alex Dombrandt’s knee injury that forced his withdrawal from the BaaBaas game was in fact worse than made out. Maybe it’s that his replacement is unsurprisingly Billy Vunipola. Or maybe it’s that the RFU can reduce their hotel requirements ahead of the third Test, when former Sydney University, Brumbies and now Leicester outside back Guy Porter stays with his parents.

The Leicester and Saracens contingent went to 12 of the 36 players Jones named, and Rennie at least admitted he saw a bit more of the final.

“A bit of a kick-fest,” Rennie described it, fairly accurately.

“Not surprising, Leicester have kicked way more than any other team in that competition, and have been pretty dominant, so that may be an indicator to how England will play.”

So it’s fair to say that the Wallabies’ kickers and ball machines will be giving the back-three players plenty of work over the next week and a bit.

“We’re well aware that we’re going to get a lot of ball in the air and will be tested, so we’ll pick people who we think have the skillset to deal with that,” Rennie said, veering away from a question specifically framed around the inclusion of Jordan Petaia and Suliasi Vunivalu.

And so the guessing games begin around the type of game England will bring Down Under.

Will they look for the Leicester territory game and make the Wallabies do all the running? Will Owen Farrell be front and centre again, or is the England coach still all-in on wunderkind Smith at 10?

Or are there just enough Harlequins in key midfield positions to run more of whatever it was they were trying to play against the Barbarians?

Only time will tell, because only Eddie knows.

Or at least, that’s the narrative he’s still trying his best to maintain after the weekend.