Eddie Jones insists England are ready to hunt down the Wallabies as they prepare for confrontation on and off the pitch during their three-Test tour of Australia.

Jones has named a 36-man squad that features recalls for No.8 Billy Vunipola and halfback Danny Care, but counts Joe Marler, Ben Youngs and Elliot Daly as big-name omissions.

England’s last visit to Australia in 2016 ended with a series whitewash of the Wallabies but Jones and his tourists were forced to overcome a coordinated campaign of disruption off the pitch, including the coach facing a prolonged search of his luggage at Brisbane Airport.

As a taster of what is to come, the host broadcaster has produced a trailer to the series in which obnoxious and sunburnt red rose fans drink tea and eat cakes before being interrupted by Wallabies prop Taniela Tupou.

“We’ve got to go after them. We’ve got a whole intention of going after them,” said Jones, who has won all eight meetings with Australia as England coach.

“There will be really hard, flat tracks and abusive crowds. They are in the face, the Australians. The media are going to be in our face – they are aggressive.

“It’s a really aggressive environment. You can learn so much about your players and your squad on those tours and we’ve missed that.

Vunipola is one of 10 survivors from the 2016 tour, but this time around he is looking to re-establish himself in the back row having been frozen out since the 2021 Six Nations.

A combination of his bulldozing form, culminating in a mighty afternoon for Saracens against Leicester in Saturday’s Gallagher Premiership final, and injuries to preferred number eights Alex Dombrandt and Sam Simmonds have resulted in his recall. 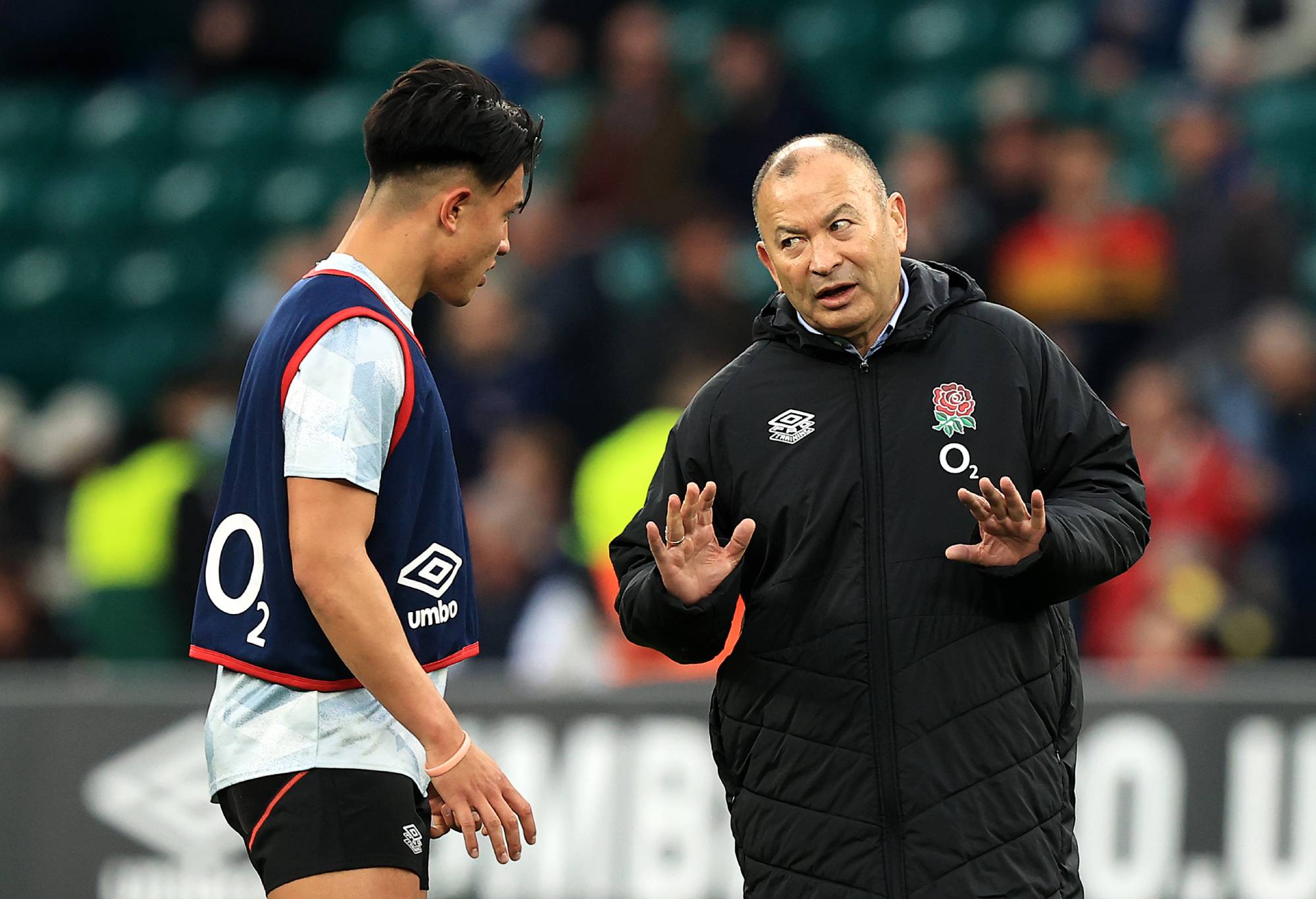 England have missed his direct carrying and with big centre Manu Tuilagi absent through injury, Vunipola could have an important role to play against the Wallabies.

“Billy can definitely bring power. He’s got that dexterity and subtle hands. When he’s at his best, which we think he’s close to now, he gives you something a little bit different,” Jones said.

“He probably sat back a little bit and sometimes it takes a reminder to get them to sit forward a bit more. He’s had that reminder and we’re optimistic that we’ll see the best of him in the Test arena.”

Care was also involved six years ago and his exile from the England team has lasted even longer as he targets a first cap since falling out with Jones in 2018.

“The Australian tracks are typically hard and fast and the first game we play on in Perth is an AFL track so it’s for thoroughbreds. It suits Danny. He’s on top of the ground,” Jones said.

Suliasi Vunivalu has confirmed he’s sticking around until the end of the World Cup, ending speculation he would feature with the NRL Dolphins next season.

The former Melbourne Storm player, 26, is in camp with the Wallabies and could be given a Test debut in the England series.

“I’m really excited to re-sign with Queensland and Australian Rugby,” Vunivalu said in a statement.

“I’m enjoying my time at Ballymore with the Reds. I’ve made a lot of good friends here and I have enjoyed learning from someone who also has experience in both codes in Brad Thorn.

“I still have a lot to learn, but Queensland is the best place for me to reach the next level.

“Playing in a World Cup for Australia was a big reason I made the move to Rugby last year and I’ll be doing my best to hopefully achieve that goal.

“I’m looking forward to learning more over the next few months in Wallabies camp and taking that back to the Reds in 2023.”

Wallabies coach Dave Rennie said: “Having Suli re-sign is a massive positive for all supporters of Australian Rugby.”

“He’s an incredible athlete with huge potential and having him in the Wallabies squad is only going to accelerate his development.

“His ability in the air is phenomenal and we’ve been impressed with his work ethic and desire to improve all areas of his game.”

The former Junior Wallabies player cited the arrival of Cron as a factor in leaving NSW, having played 17 Super Rugby games since his debut last year.

Williams said the opportunity to move west will help him grow as a player and a person.

“I think this is going to be a really good move. I’ve been in Sydney all my life so it’s going to be a new experience to meet all the boys and get stuck in. I’m really looking forward to it,” Williams said in a statement.

“I saw a good opportunity here to develop my game and take it to the next level. The Force is a good place to do that, and it is a good time for me to get out of my comfort zone and take on a new challenge.

“To play for the Wallabies is the goal for most people playing Super Rugby, but at the moment I am focused on getting better as a person and a player and developing my game.

“I’m also looking forward to working with (Simon) Cron again. I’ve had a bit of experience with him before and I think working with him will be awesome.”

General manager of rugby Matt Hodgson said: “Jeremy is a talented young player who is hungry for the opportunity to play more consistently at the Super Rugby level, which makes him a very exciting signing for us. We know he is a hard worker which is a trait we are always looking for.

“His ability to swing between the second row and the back row makes him a versatile addition to the team.

“It will be great to see him pair up with the likes of Izack Rodda and Kane Koteka and see how he develops and learns from them.”

The Highlanders have backed the internal candidate to replace Tony Brown as head coach with his assistant of the past two years, Clarke Dermody.

“When I started with the Highlanders in 2014 it wasn’t with the purpose of someday being the head coach, I was just happy to get the opportunity to be involved with a club I have a genuine attachment with,” Dermody, who signed a three-year deal, said in a statement.