The Roar
22nd June, 2022
18
Join the conversation
Advertisement
Write for The Roar

Jackson’s contract runs out at the end of the year, and he faces a huge decision about whether to re-sign with the Demons, or return home to Western Australia with either Fremantle or West Coast.

If Jackson did decide to leave the defending premiers, Fremantle appears his most likely destination given the club’s flag window has just opened.

In contrast, West Coast face a long and painful rebuild as they transition out a host of ageing stars.

The talk of Jackson’s future is one of the hottest topics in the AFL, but Longmuir was in no mood to discuss any specifics when asked about it on Wednesday.

“It’s not my job to talk about those sorts of things publicly. I’ve probably done that in the past with certain players and regretted it straight away,” Longmuir said. 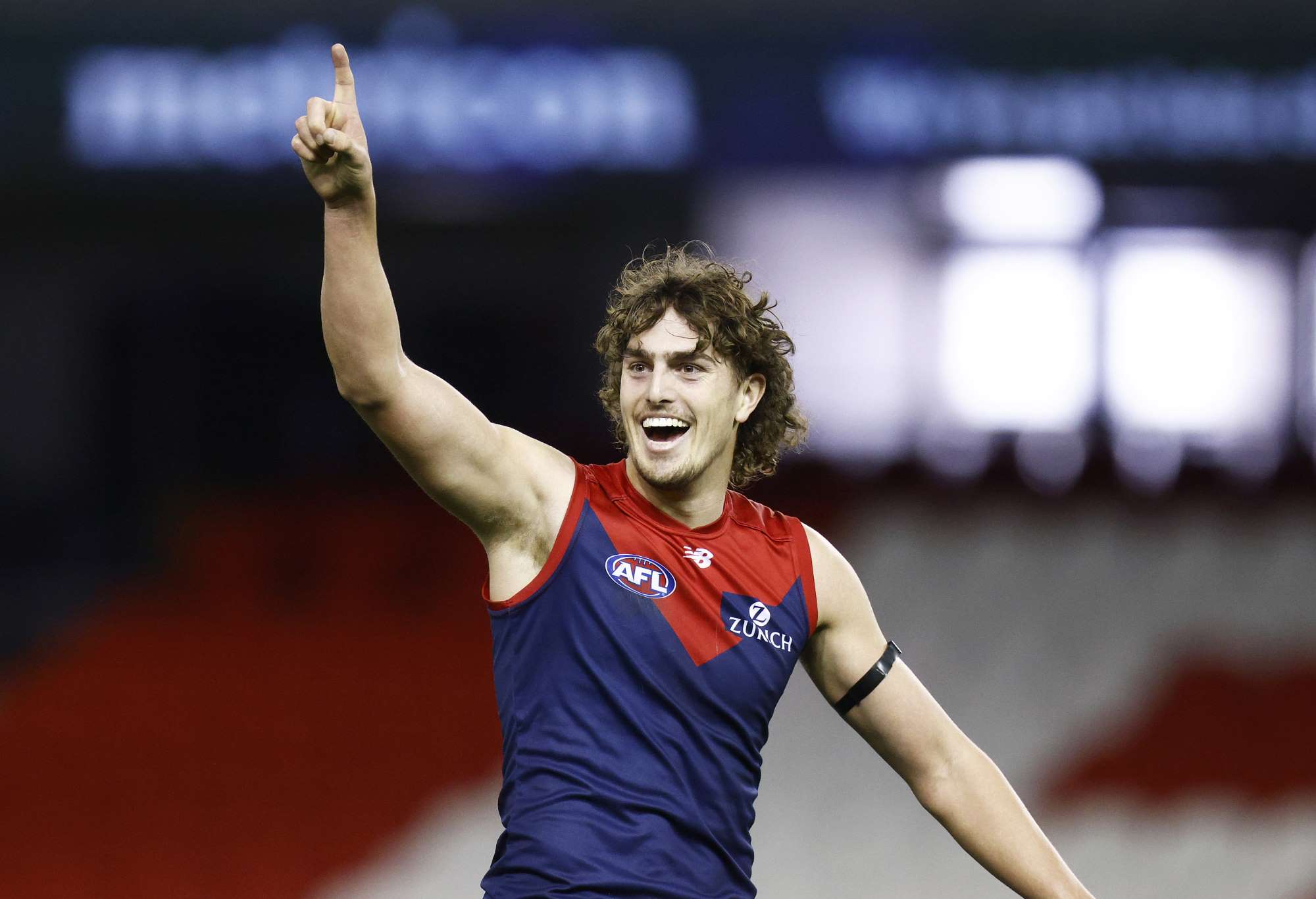 “If the shoe was on the other foot I wouldn’t want opposition coaches talking about my players that way. It’s not really for me to publicly comment on.

Meanwhile, Longmuir is leaning towards giving Matt Taberner a second straight match in the WAFL rather than playing him in Saturday’s crunch clash with Carlton at Marvel Stadium.

Taberner booted three goals and took eight marks for Peel Thunder last week in his return from a back injury.

The 29-year-old has been restricted to six matches this season due to hamstring and back issues, and Longmuir wants to make sure Taberner is fully fit and match hardened before he returns to AFL ranks.

The Dockers will be bolstered by the return of goalsneak Michael Frederick from his club-imposed ban for drinking alcohol during a six-day break. But Blake Acres (hamstring) and Sam Switkowski (back fracture) go out of the side. Longmuir is hopeful Switkowski will be able to play again this season.

Brisbane captain Dayne Zorko will use his enforced break to prepare his body for a big finish to the AFL season in pursuit of premiership glory.

Despite running well this week, Zorko will miss the Lions’ heavyweight clash with Melbourne on Thursday night with a minor hamstring injury picked up during the win over St Kilda before the bye.

“I trained really well (on Tuesday) and thought I was a really big opportunity to play but unfortunately it hasn’t eventuated,” Zorko said.

“A top of the table clash is a game that I would’ve loved to have been a part of but that’s just the way it is.

“I certainly don’t need to be taking any risks at this time of year.”

Zorko had a small procedure to repair an Achilles issue in February but returned to play each of the Lions’ first 13 home-and-away games.

The 33-year-old said he will be “certainly right to go” against the Western Bulldogs at the Gabba in round 16.

“With this little setback it’s been nice to just shut the body down for a couple of weeks and get in a really good, solid block of training and get back to moving how I was in previous years,” Zorko said. 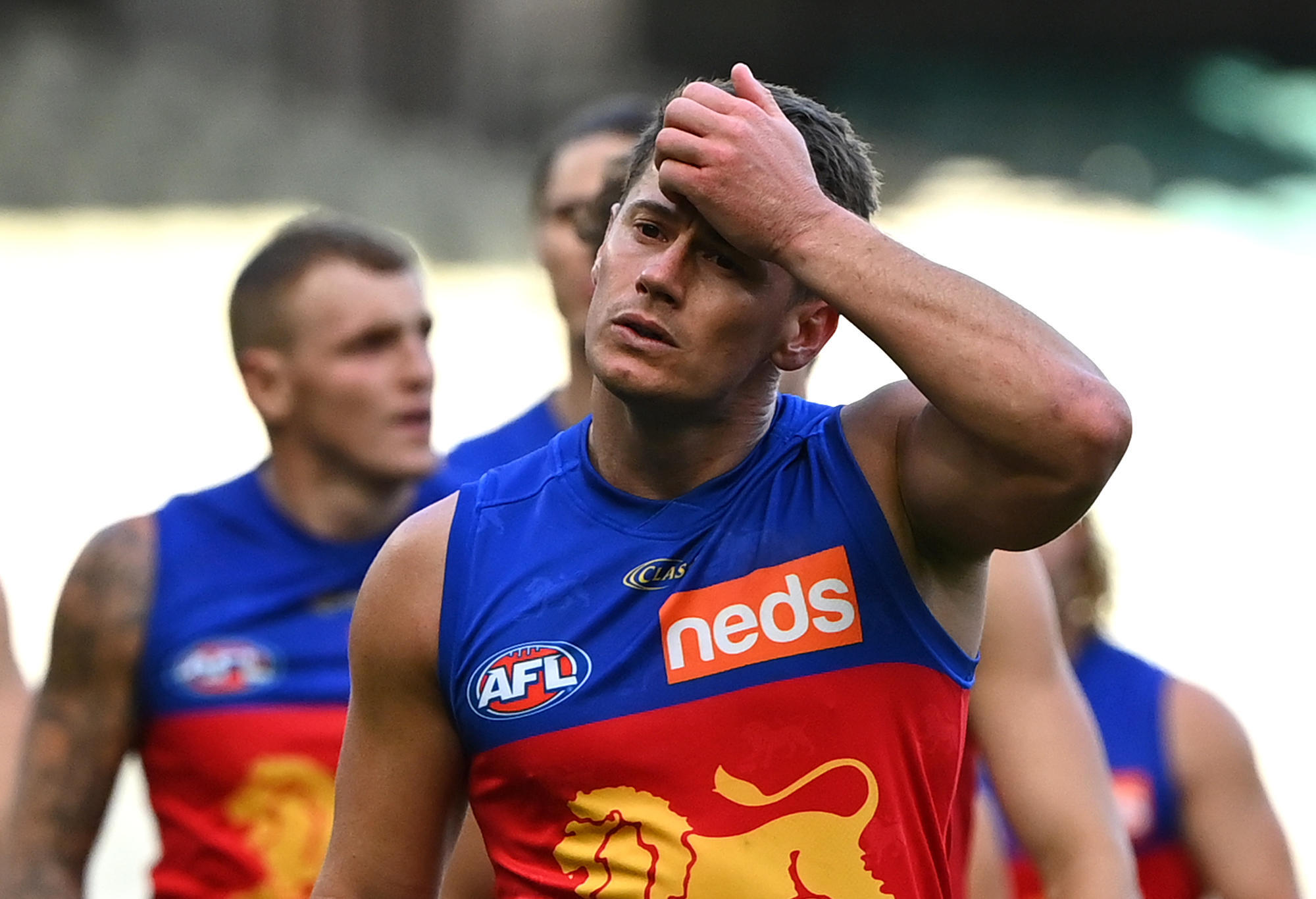 “That’s been a really encouraging sign for me over the last three or four days.

“The extra nine days heading into the Bulldogs game will do me the world of good as well.”

Zorko’s return against the Bulldogs will coincide with Brisbane wearing a commemorative jumper to celebrate 20 years since the 2001-03 premiership hat-trick.

The jumper features an image of the three-peat team on the back.

Zorko’s absence comes after Melbourne captain and ruckman Max Gawn hurt his ankle last week during a third straight loss that allowed Brisbane to jump ahead of them into top spot.

Dangerfield hasn’t played since hurting a calf muscle on May 21 but Scott expects his star player to be back for Saturday’s clash against Richmond.

“We think so,” Scott told reporters on Wednesday. “We’d like to see this (training) session today especially but our plan has been pretty conservative in terms of the injury management, getting enough work into Patrick which he was denied earlier in the year.

“Every indication is that he’ll be ready to go.”

Richmond coach Damien Hardwick says there’s some doubt about the output of Dustin Martin when he returns from illness for Saturday’s AFL clash against Geelong.

The Tiger ace missed last week’s win against Carlton because of a bad bout of ‘flu which Hardwick says knocked Martin around.

“How he comes out, we’re not too sure,” Hardwick told reporters on Wednesday.

“But we’re pretty confident it (Martin’s best) is not too far away.

“What we have got to realise, the level of expectation on Dustin is incredibly high.”

Essendon star Darcy Parish is touch-and-go to return from a corked calf against West Coast but the Bombers are confident their midfield can thrive regardless.

Parish missed the win over St Kilda and will have to prove his fitness for Friday’s AFL game in Perth. Coach Ben Rutten said his availability would depend on how he pulled up from Wednesday’s training.

Rutten hoped that in the longer term those players, plus Jake Stringer’s return, would reduce any reliance on ball magnet Parish.

“It’s a balance about making sure we get some cohesion out of our guys through there but also we’ve got some good options as well,” he said.

St Kilda coach Brett Ratten is warning the return of skipper Jack Steele won’t be a magic elixir for the Saints’ recent AFL woes as they prepare to tackle Sydney on Saturday night.

Ratten said on Wednesday that the dual all-Australian midfielder was a certainty for the SCG clash as St Kilda look to arrest a two-game slump.

Last round the Saints were shock 35-point losers against lowly Essendon, with Ratten saying he hoped the poor performance had shocked the team into gear.

Steele has made a speedy recovery from shoulder surgery, only missing four games and will add some much needed intensity around the ball, which was lacking against the Bombers.

Wingman Daniel McKenzie is also set to return after suffering a concussion.

The Western Bulldogs are poised to tackle their crucial AFL clash against Hawthorn without livewire Cody Weightman.

The small forward booted five first-half goals against GWS then dislocated his elbow in the third quarter but still played out the game.

Weightman trained on Wednesday but coach Luke Beveridge indicated, while the 21-year-old avoided bone damage, only stretching his ligaments, the six-day break to Friday night’s game was likely too little.

“It’s a pretty traumatic sort of injury, and he is going to train today but we want to make sure that if he if he plays, he’s pain-free, he’s comfortable and he can play his natural game,” Beveridge told reporters.

Nic Nat in frame to return

West Coast defender Jeremy McGovern is no certainty to play again this year following his painful rib injury, but ruckman Nic Naitanui could return as early as this week.

McGovern spent three nights in hospital before being released on Tuesday after breaking his ribs in Saturday’s 18-point loss to Geelong.

The four-time All-Australian underwent surgery on Monday to have a plate inserted and no time frame has been set on his return.

But given the side sits at the bottom of the ladder with nothing but pride to play for, there’s no urgency to rush McGovern back.

“It will be a few weeks if he does come back. We won’t know. We will probably know by the end of the week.”

Naitanui hasn’t played since injuring a medial ligament in his knee during the club’s round-four win over Collingwood.

Although it’s more likely Naitanui will return next week, Simpson has left the door ajar for this week.

“He’s not far off. This week or next week,” Simpson said.

“We’ll see how training looks and then make a decision about whether he plays WAFL or goes straight back into the side.

“We’ll see how he pulls up after today.”

A host of West Coast players have been brought back through the WAFL this season and Simpson will strongly consider a similar path for Naitanui. 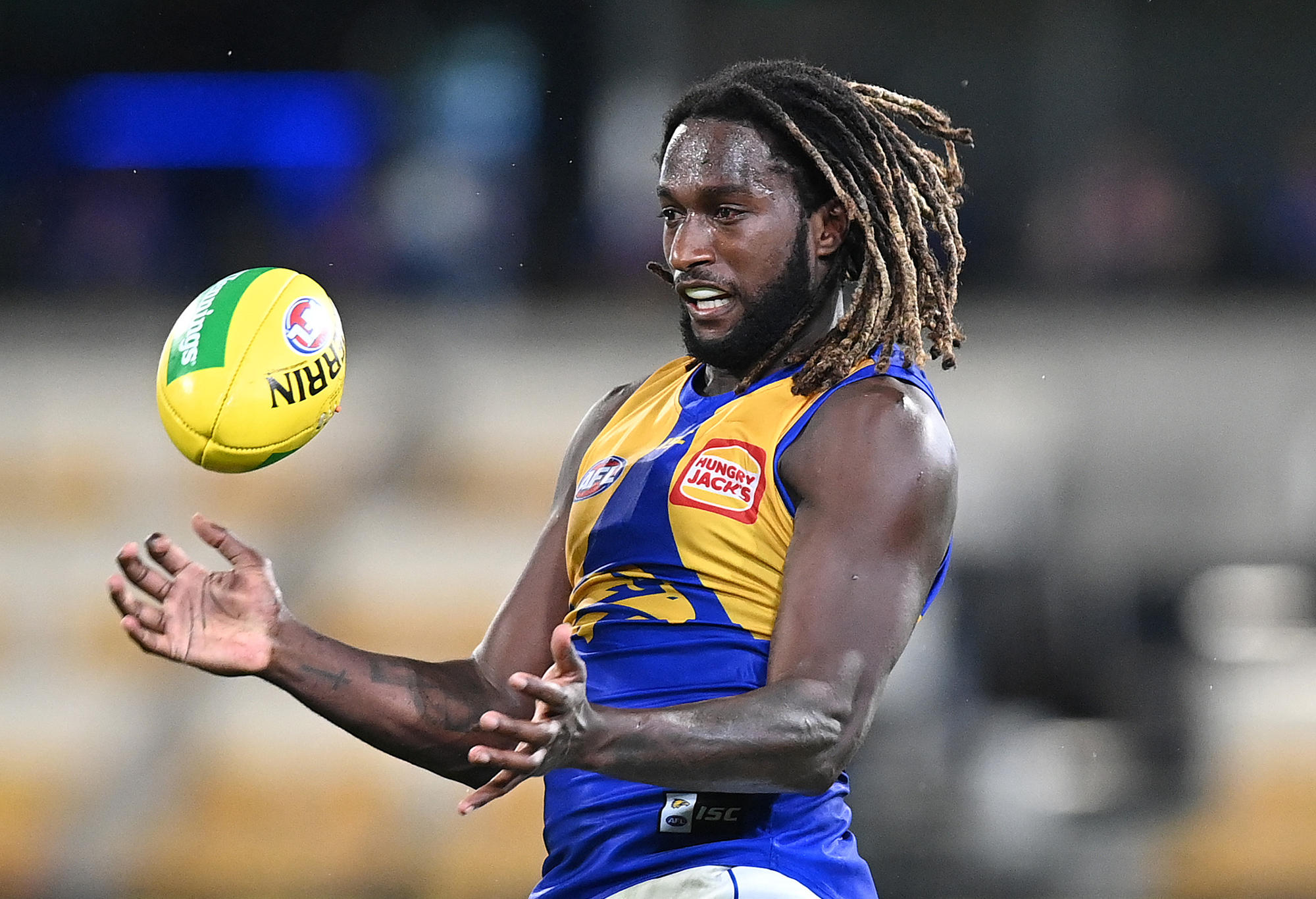 “I reckon eight players this year have come back off significant injuries and Nic will be another one.

“We are dealing with that case by case but understanding there’s a certain level where you do need some touch at WAFL level.”

West Coast could be boosted by the return of Tim Kelly, Liam Ryan and Samo Petrevski-Seton for Friday night’s clash with Essendon at Optus Stadium.

All three players missed last week’s loss to Geelong through illness and Simpson will assess them at training this week before making a call on their availability.

Simpson says Josh Kennedy will be managed at some stage in the back half of the season, but the 34-year-old forward will play against Essendon on Friday if he pulls up well from training.