Wallabies great Phil Kearns has given the team’s coach Dave Rennie a huge vote of confidence for raising the team’s skill level in his time in the job.

Speaking on the Roar Rugby Podcast, Kearns, a World Cup winner in 1991 and 1999, said Australian teams had lost their attacking identity over the past two decades.

“What I like is seeing their development over the last two years and actually seeing some skill,” Kearns said.

“Over probably two decades we’d coached the skill and innovation and flair out of players which has been a real disappointment because Australian rugby’s always been built on skill and flair.

“Try and get the Ella brothers and pocket them into a tight game plan – forget it.

“Try tell Campo you have to play this way. That was never our strength and we’ve gone down this path which is not the way Australian rugby should be. We’ve seen with Dave Rennie an increase in the skill level of the team.

“I know Michael Cheika tried to work on that as well but Dave Rennie is getting an improvement in skill level.”

Phil Kearns talks the state of the game, the potential break with New Zealand and the England series. Stream it here

Kearns said he was excited that there were players on board who were not afraid to take chances, although he had some advice for Quade Cooper – don’t overplay. 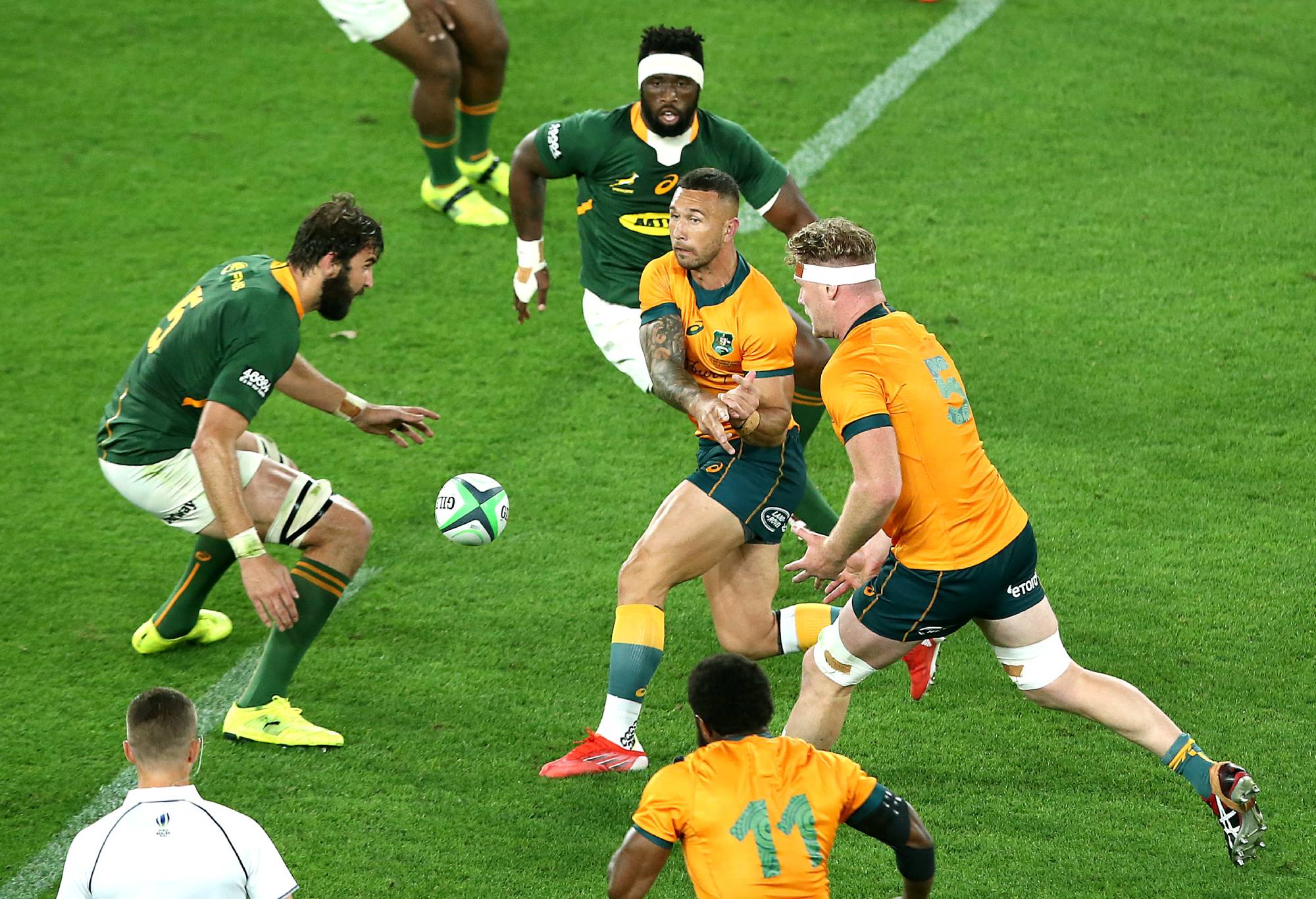 “That general improvement is what I’ve liked across the board and the ability to take a few risks and use your skills.

“I really liked last year when Quade was in the team and he underplayed his game.

“He is fantastic. We saw as the season went on he started to do a bit of the ridiculous stuff , 40 metre behind the head passes. Flair’s one thing, being ridiculous is another.

“I do think Quade is a terrific player when he underplays his game, he directs traffic beautifully.

“I’m not sure what shape he’s in but I hope he’s in good shape and hope if he is picked he continues to underplay.”

“Maro Itoje is a special player and an incredible athlete,” Kearns said.

“You get two good strong aggressive locks and they can change the game. A few years ago we had Rory Arnold and Adam Coleman together and I thought those guys were going to be a terrific combination moving forward, there was a lot of grunt between those players and unfortunately, they went overseas and we lost them.

“The Waratahs had Jacques Potgieter and Kane Douglas and there was graft there, those two guys together were awesome and opposition teams were scared of them.

“We’re going to need the Frosts and Swains to get that mongrel into them and really prove themselves and then we need to keep them [in Australia].”

Born again England scrumhalf Danny Care has revealed he chased down Eddie Jones to try to convince him to relaunch his international career four years after the trail went cold.

Care was a popular choice to return after some stellar form alongside Marcus Smith at Harlequins but Jones initially resisted.

In April, Jones sent Care, 35, a message of congratulations on his form, and Care decided to “shoot his shot” and request a meeting.

“It’s something you think will never happen again. Deep down you go: ‘Maybe there’s a chance.’ I’ve just tried to enjoy it and love every second of it,” Care told reporters ahead of the team’s departure.

“I definitely think I’m a better player now than I was four years ago. Even three years ago. The main thing I’ve been trying to focus on is enjoyment, getting the most out of the game, trying to help the team. That frees me up, when I’m not thinking about things too much, that’s my type of game, the instinctive type of game. When I overthink stuff I don’t play my best rugby.

“That’s what I try to do, I try to play with no fear, be brave and have fun. When you’ve been in it like I was for quite a while, you appreciate what you do, you’re playing for England. But when you can’t do that any more, can’t get back in, it makes you want it even more.”

Care toured here the last time England came down under in 2016. 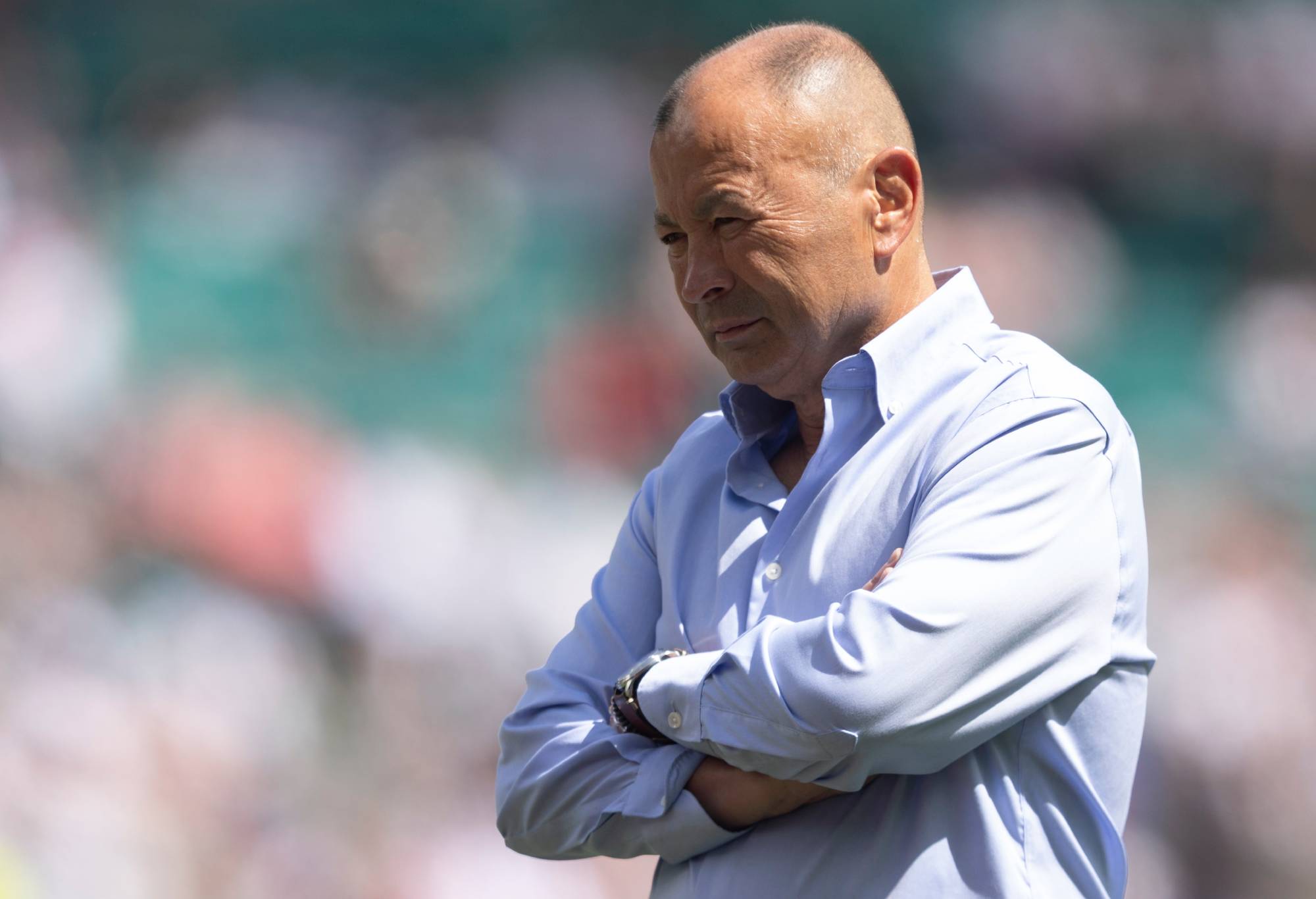 “When you go to Australia you have to be brave, you have to go to try and win the game. It’s a place where you’re not particularly liked, which is great,” he said.

“I think the young lads will really enjoy that. I think it’s a great opportunity to develop a great relationship which will hopefully last, put us in great stead for the autumn and the Six Nations and hopefully the World Cup. Going to places like Australia, hostile environments, and trying to get a win, that will be really beneficial for some of these young boys.

“Every game for Eddie, you know what he’s like, he’s a winner, he wants to win every single game. He wants to get better every single training session and when it’s against his old team and obviously where he’s from I think it adds a little bit of extra spice.

“England vs. Australia needs no more bigging up. It means a lot to them as it does to us and I’m sure the squad will give it everything.”

World Cup-winning coach turned media curmudgeon Sir Clive Woodward is upset that England allowed the Barbarians to “take the mickey” in their farewell loss ahead of the Australia tour.

Writing in the Daily Mail, Woodward found the cheeky back heel conversion by retiring George Kruis to be particularly galling.

“I was disappointed with George Kruis for allowing it to happen, especially his antics around his backheel conversion. I cannot imagine Phil Bennett laughing at that,” he wrote.

“It was also wrong to allow French coach Fabien Galthie and other French players to basically do anything they wanted at Twickenham. It says much about this England team.

“To concede 50 points against an opponent with 14 men was more than poor, but to allow the showboating said much about the team. Something had to happen and it did not.

“Can you imagine New Zealand or South Africa letting a Barbarians team come to Auckland or Pretoria and take the mickey?”

He said Eddie Jones’ team should have “taken the law into their own hands when the visiting Barbarians side turned the match into a farce.”

He added: “A senior rugby figure — a director of rugby — to sort situations out like this is long overdue. Giving Eddie Jones the keys to Twickenham is holding England back now in so many ways.

“Some of the rhetoric Jones continually comes out with is just plain daft and at this level it doesn’t help. I saw some of his quotes about the squad for the upcoming tour of Australia and that it was a ‘good mixture of youth and experience’.

“It should be absolutely nothing about that whatsoever. It’s about picking your best starting XV, but under Jones we have lost that.”

All the hype has been on Roger Tuivasa-Sheck and his bid to play for the All Blacks, but Crusaders No.12 is firming as the popular choice for the role after his excellent performance against the Blues.

“He’s the glue of that Crusaders backline and he has been for a long, long time. He’s a fantastic footballer, tough as nails and I think silenced a lot of critics,” said Wheeler.

“Obviously in those conditions, we are probably going to see it in the three-Test series. Only the Dunedin Test is going to be perfect conditions in terms of playing in a dry stadium. “The rest of the time we are potentially going to have greasy, potentially wet conditions. We saw how he handled that, defensively was outstanding but also his decision-making around the field.

“His kicking ability and his skill execution under pressure is just phenomenal. The guy has got a magnificent skillset.”

Wheeler was backed up by former Blues captain James Parsons on the same podcast.

“His line speed and the pressure he put the Blues attack under, they weren’t getting front foot ball,” Parsons said.

“They just didn’t have time on it.

“There was one time where Rieko [Ioane] got the outside and Davey just managed to grab his jersey and get him to deck. It’s that sort of desperation that just set him above on the night.

“Yes, he’s come under some heat over the season, but big players step up in big games. I don’t think you could do any worse than sending David Havili in that 12 jersey.”

Havili meanwhile said he learned a lot from the 2021 Test campaign.

“It’s just that international rugby is so physical and you’ve got to be able to get your body back to where it needs to be each week,” he said.

“That was a big lesson for me. I was a wee bit tired going into a lot of those games over the backend.

“I’ve focused really hard around my recovery this year and getting my body right, and where it needs to be to compete at the top level.”