Adelaide 36ers centre Kai Sotto is closing in ready to carve out his own slice of history by becoming the first Filipino-born NBA player.

The 7-foot-2 rising star from the Philippines had an encouraging pre-draft workout with the Indiana Pacers after earlier visits with several other teams including Sacramento, Portland and Orlando.

He is projected to be a second-round pick in Friday’s NBA Draft after an impressive season with Adelaide in the NBL where he averaged 7.5 points, 4.5 rebounds and 0.8 blocks in 15.3 minutes over 23 games.

Sotto was on the Adelaide roster as part of the NBL Next Star program which has already helped the likes of LaMelo Ball, Josh Giddey and RJ Hampton make the leap to the NBA rather than spending a season in the US College system.

French duo Ousmane Dieng and Hugo Besson, who played for the New Zealand Breakers last season, have also nominated for the draft after being part of the prorgram. 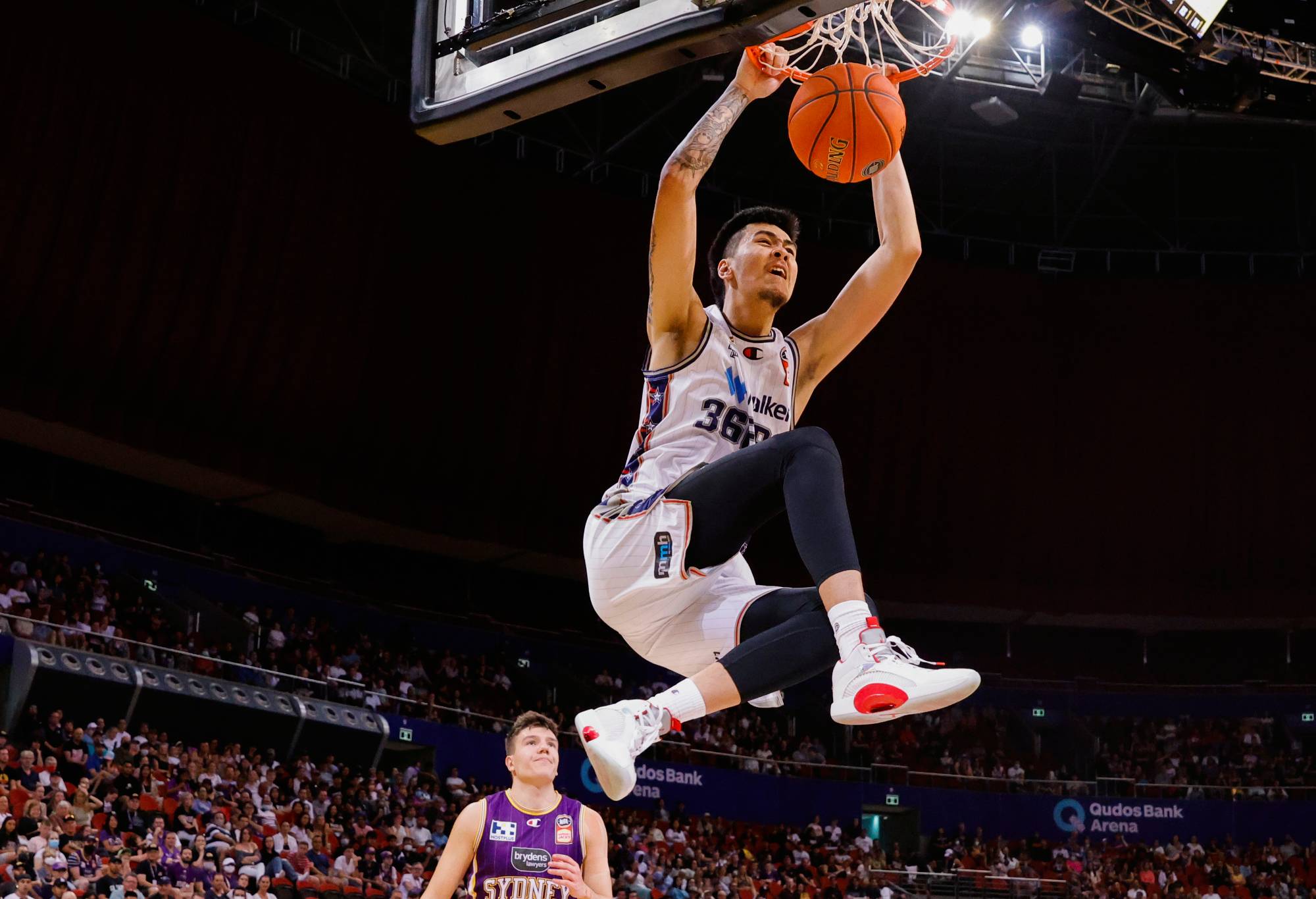 Dieng is projected to potentially be a lottery pick while Besson is likely to be taken in the middle of the second round.

Australian guard Dyson Daniels, who played in the G-League for the Ignite team last season, could be drafted as high as seventh after impressing several teams in pre-draft workouts.

Perth Wildcats forward Luke Travers has nominated for the draft after spending time at the recent NBA G-League Elite Camp and was given a workout by seven franchises, including the Pacers.

In most mock drafts he is considered unlikely to get selected.

Sotto will be looked at as a project player in the NBA over the course of a few seasons but he has the raw tools to potentially break into the league, which would create history as the first person born in the Philippines to do so.

The Pacers look like they are about to rebuild their roster, investing in young talent, with established stars Myles Turner and Malcolm Brodgon reportedly on the trading block.

“It was a good fun workout,” he said in a video posted by the Pacers on their social media channels.

“I would say I’m a skilled seven-footer that can shoot from the outside. And I’m a pretty good passer at my height as well.

“And I have a high basketball IQ and pretty good shot blocker.”

Playing against older and more physically imposing players Down Under in the NBL was perfect preparation for his shot at the big time.

“It really helped me a lot, just the experience, just hanging around with the guys and learning from everybody, starting from my staff, my teammates and to my coaches and to my opponents. Just the whole year was a really fun experience,” Sotto said.

“I really learned a lot and really helped me develop and improve as a player.”

Basketball is an obsession in the Philippines and Sotto is used to the intense attention that comes his way after being in the spotlight throughout his teens as his towering figure developed into a legitimate NBA prospect.

“It all started when I was started playing basketball. So when I was 13 I kind of got that attention from my fellow Filipinos and now I’m getting closer to my dream and to our dream,” Sotto said.

“It’s been fun. It’s a lot of attention but I’m really thankful for all their support and those I don’t take for granted.

“And if I make it to the NBA, I’ll be the first Filipino. And my dream is to help others to get here too.” 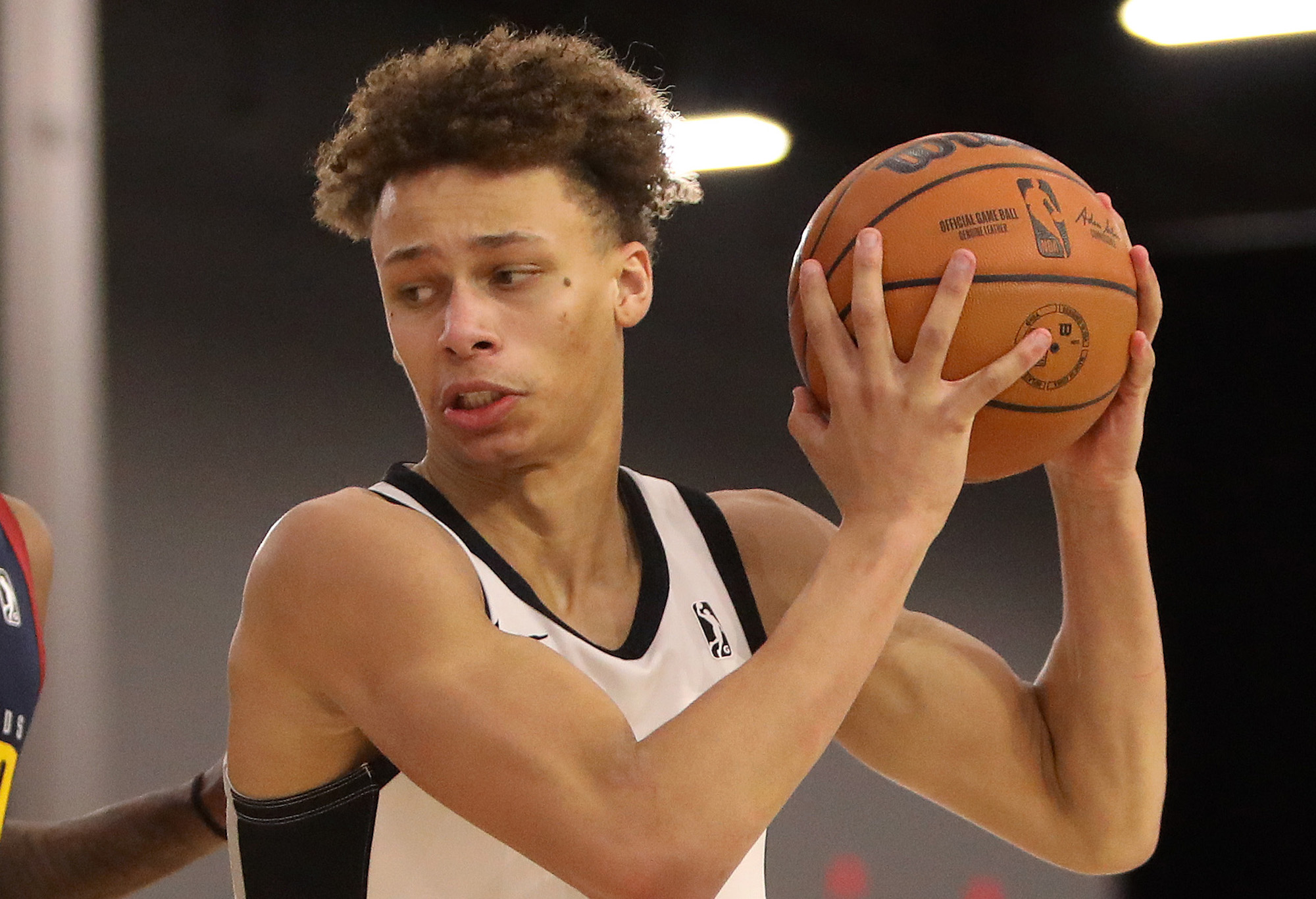 Daniels blazing up draft board

Dyson Daniels looks like he will be drafted by Portland or New Orleans as the countdown to the NBA Draft on Friday morning AEST enters its final 24 hours.

After being considered a fringe lottery pick for the past couple of months, Daniels has shot up draft boards in recent weeks and the Trail Blazers seem likely to select him with the No.7 pick.

The Bendigo-born 19-year-old would be a complementary third guard option at Portland behind All-Star Damian Lillard and Anfernee Simons, bringing his 203cm size, passing and defensive skills to work in well with the two smaller offensive-minded shooters.

If they don’t take him, the Pelicans are waiting next in the draft and Daniels’ skills would fit in well with their young line-up as they need a passer who can distribute the ball to their star trio of Zion Williamson, CJ McCollum and Brandon Ingram.

“There are so many roles I can play in a team,” Daniels told reporters on Wednesday. “My best NBA-ready skill is my defence and being able to step on the floor and guard the best player, use my size, my lateral quickness to be able to cause trouble for players.

“I can definitely step on the floor and impact straight away.

“Whatever a team needs – whether it be a point guard or a backup, playing off the ball – I feel like there is no real weakness where you can say ‘put him here and he won’t be as good’.

“I’m sure it’s going to be a big step up. The pace is going to be up and down, big crowds, I’m just looking forward to everything about the NBA game. It was my dream to play in the NBA and I’m right there on the doorstep now so I’m taking it all in.”

The Pacers, who have the sixth pick, would probably be the highest Daniels could rise in the draft.

Portland could also look to take him at seven and deal him for an established player after trading for Pistons forward Jerami Grant on Thursday as part of their attempt for a rapid rebuild to keep Lillard at the franchise.

If Daniels falls past Portland and the Pelicans, the next landing spot, San Antonio, would give him time to develop as a back-up to their best player, Dejounte Murray.

The next two options could be problematic – Washington at 10 and the Knicks at 11 – two franchises who are in a state of flux with their rosters.

OKC are at No.12 and as great as it would be to pair up with Josh Giddey, his skills are too similar and the Thunder will be looking to add to their frontcourt rather than drafting another guard.