The AFL must shed light on the Tassie dilemma

With the Jordan De Goey saga dominating headlines and Collingwood being front-page news as a whole, the noise from across Bass Strait has lessened.

The campaign for a 19th team situated in Tasmania seems to have stalled amid the chaos of the Pies during their bye round. The talk of the town has more closely surrounded the aforementioned out-of-contract star De Goey.

The Tassie side has been an agenda item for years, posed to the AFL nearly a decade ago in hopes of adding to the competition’s national reach.

However, it seems at this stage of planning, the idea sits at its most vulnerable.

Opponents and advocates for growing the game have cried out for this to happen at the earliest of conveniences, but in the eye of the beholder, the league is in a steady state.

With a weekend of mouthwatering contests forecast ahead, media personalities including the outspoken Eddie McGuire raised the point regarding the unnecessary reason to bring the game into disrepute.

McGuire, forever contributing to football’s heated debates, said the inclusion of another side “might be a disaster”, sending alarm bells ringing to AFL board members on talk show Footy Classified. 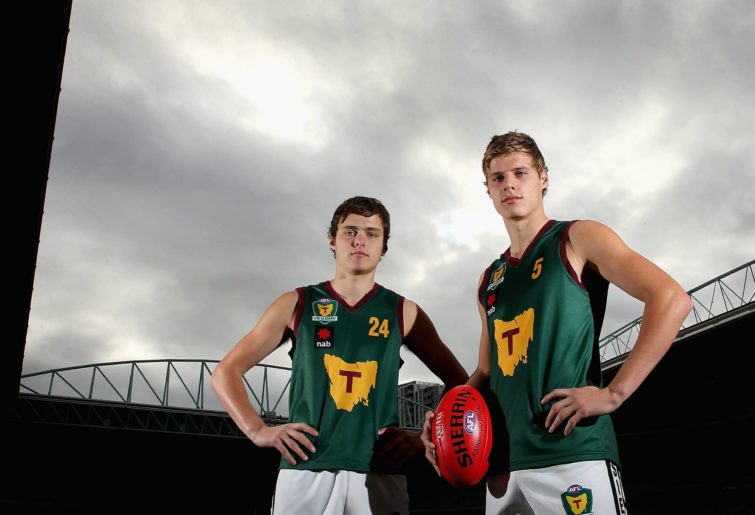 This conversation has sparked discussion in the past, reflecting on the decision to add the Gold Coast Suns as well as Greater Western Sydney to the competition as expansion clubs.

The Suns are yet to reap the rewards since they were welcomed on board to the big league.

Fears concerning the potential Tasmanian side follow down a similar path. That is much of what the naysayers base their argument on.

The validity of the Gold Coast standpoint has departing AFL CEO Gillon McLachlan in a position not yet ready to pull the trigger despite pressure from the public mounting and time left on his clock being in short supply.

As for the current 18 teams spread across the other five states, planning for the future remains up in the air.

Draft picks are the focus of uncertainty as the Tassie verdict can create a burden on list management staff tasked with recruiting talent.

With the unknown pending in the balance, their job is made all the more tough.

But as for the head coach who remains at the forefront of the decision-making process, their ability to be flexible will be drawn on as it was tested to the max with the COVID hurdle playing a part.

The last two interrupted seasons have paved the way for clubs to adapt and with the Tasmania side being on the cusp of heading in either direction, teams will only look to lean on their experience to handle the times of uncertainty.

In spite of this, clarification needs to be set straight with a timeline ordering the plan of events step by step.

The AFL must give sides the opportunity to not be left in the dark on the matter with closed-door talks and in turn come forward in shedding some light on the dilemma involving a 19th team.