Whether it was from producing huge dunks, playing great defence, blocking shots or showing off his freakish athleticism, Andrew Wiggins did all that and more for the Golden State Warriors this past season as he claimed his first NBA title.

Players always look back on the ups and downs of their journey when reaching the top of their profession and Wiggins’ experience is no different.

Wiggins has received many labels during his eight-year NBA career – most of them being negative and arguably those were warranted.

His time at the Minnesota Timberwolves fell drastically short of expectations as he was not only offered a big-time contract in order to try get the team to reach the next level, but that only concluded with him achieving one winning season in six years – despite managing to average close to 20 PPG during that time.

Though he is known for being a scorer in the league, the media often criticised and questioned the other areas of his game – his heart, determination and mental fortitude – when it came to the big moments.

However, the narrative around him started to change when the 27-year-old was traded to the Warriors in exchange for D’Angelo Russell during the 2019-20 campaign and though he was first part of a struggling outfit that was dealing with long-term injuries to Steph Curry and Klay Thompson (a season in which Golden State finished last in the Western Conference), the No.1 pick in the 2014 draft proved to be a great addition for Steve Kerr’s team.

This past season showcased the Canadian displaying his versatile game and producing the best campaign of his career thus far as he became a very valuable piece in the Warriors team that claimed the 2022 NBA championship over the Boston Celtics in six games.

The 2014-15 Rookie of the Year highlighted his impact in the NBA Finals by stepping up and becoming the Warriors’ second-best player on the floor, averaging 18.3 PPG and 8.8 RPG, but it was his stifling defence on opposing superstar player Jayson Tatum that had more of an influence on their triumph.

He helped Curry on offence to make up for Thompson’s struggles shooting the ball and that should not go unnoticed. Ultimately, he proved to be the dynamic athletic wing player that the Warriors needed to help them claim a fourth title in the past eight seasons.

Despite averaging the least amount of minutes played for his career, his seasonal accomplishments included earning his first NBA All-Star appearance as a starter back in February and a career-best 39.3 per cent from three-point land.

He managed to eclipse his previous career-high of 11 rebounds in one game in back-to-back games during the finals with 16 and then 13 boards. Wiggins was rightly given the “Two-way Wigs” nickname throughout the season as he managed to play great basketball on both ends of the floor. 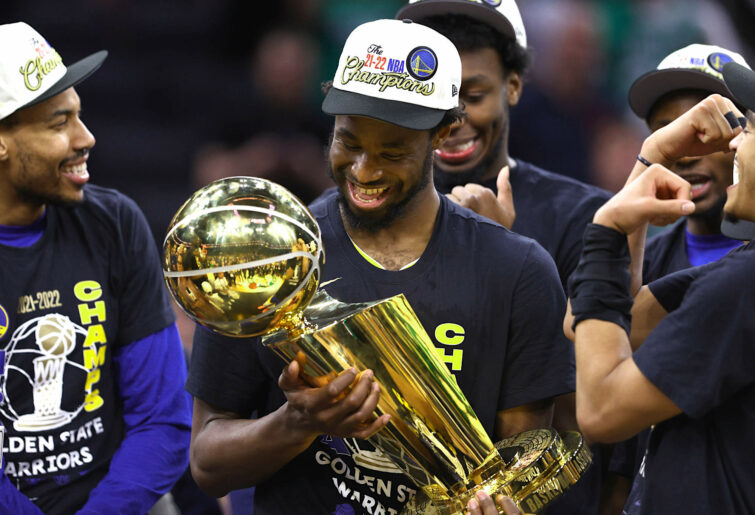 His vicious dunks on Memphis Grizzlies player Brandon Clarke and especially on Dallas Mavericks superstar Luka Dončić (dunk of the year candidate) showed his extreme level of confidence attacking the rim in the post-season.

The negative labels that were associated with Wiggins’ name, as mentioned earlier, have been put to rest following his accomplishments on the court.

Teammate and four-time champion Draymond Green spoke to his work ethic and willingness to win, as well as Andre Iguodala mentioning similar compliments that were influenced from his and Wiggins’ former teammate Jimmy Butler.

Given his impact over the course of the Warriors clinching the NBA title, you’d think that the Warriors would be silly not to offer Wiggins an extension.

It makes you think how much scarier Golden State will be next season when you combine the elements of Thompson still trying to get back to his absolute best and knowing Curry will bounce back from his second-worst shooting season for his career so far.

One area Wiggins needs to improve going into next season is his free-throw percentage, as he shot a career-low 63.4 per cent from the line this past campaign.

What were some of your favourite moments from the Warriors this past season?

Do you think the Warriors need to sign Wiggins to an extension for Golden State to claim back-to-back championships?