Origin is always a tactical conundrum. It’s an all-star game where talent tends to trump tactics. It’s perhaps the game where effort matters most. It’s got a maximum sample size of three per year.

WIth that said, we learned a fair bit from Game 1. Billy Slater got the jump on Brad Fittler with smarter subs, an umbrella defence that shut down the Blues’ middle service attacking system and a dominant ruck.

With that in mind, here is how we can interpret what has happened and look forward to what might transpire in Perth.

An area in which NSW struggled massively in game one was with their kicking. Matt Burton will come into the side in the left centre position – well, presumably, given that Stephen Crichton and Brian To’o share a right edge for Penrith – and this presents an interesting opportunity for the Blues.

They now have a right foot/left foot combination with Nathan Cleary, and it would be to the Blues great advantage if Burton came in to take long kicks instead of Jarome Luai when in the traditional grinding phase.

Burton and the Maroons’ fullback, Kalyn Ponga, have history. The one time the pair have faced each other this year was the opening fixture of Magic Round in Brisbane, and while the Knights came out on top of the Bulldogs, Ponga had a nightmare, particularly early on, in dealing with his high, long kicks.

Ponga made three errors that night, and is one of the worst fullbacks in the NRL for not catching kicks on the full, behind only Reece Walsh, Clint Gutherson and Te Maire Martin.

Similarly, Burton is among the very top for kicks that find the floor, with Cleary around the same level. 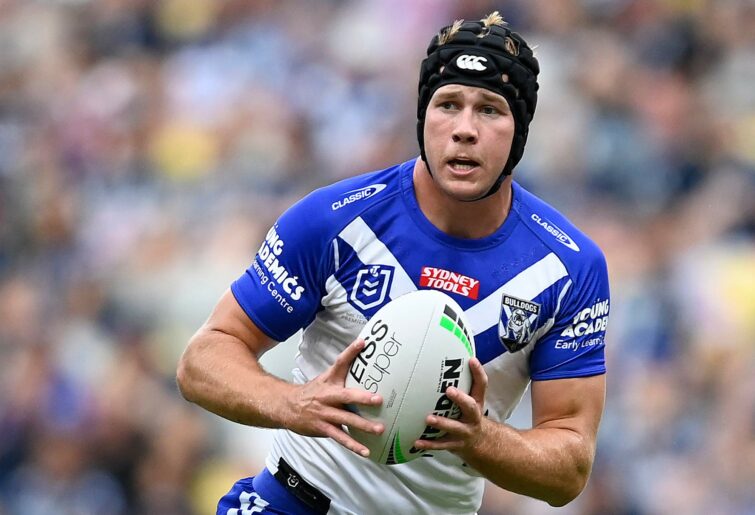 The pair are also right up there in pure kicking metres per game, which is a somewhat nebulous stat – if you’re closer to the line, you don’t kick as far – but generally indicates that long kicking is a strength.

The transition between attack and defence has been one of the hallmarks of the Bulldogs and Panthers in 2022: even in a poor year for Canterbury, they have been able to manipulate field position relatively well, in no small part due to Burton’s excellent long kicking.

Both the Panthers and the Bulldogs like to kick long and use the first two plays of their set to arc up on the opposition.

The weakness Ponga has for letting the ball bounce, plus Selwyn Cobbo’s strength when taking early set hit ups, would suggest that kicking along Burton’s side in the area between Ponga and Murray Taulagi is the best bet for the Blues.

That’s your good news on the selection front for New South Wales. Now for the bad: I have no idea why they have picked Jake Trbojevic and, when he lies in bed at night to go to sleep, I’m pretty sure Jake thinks the same thing.

It’s been quite funny to watch him deputise for Daly Cherry-Evans at press conferences when DCE has been away at Origin: for one, he’s the most Northern Beaches man alive, seemingly crafted in a lab to look and sound like he’d rather be surfing, but more relevantly, he’s been bombarded with questions about how he’s been ditched by the Blues.

While he has answered them jovially – just loving playing for Manly, mate – he did let his guard down and admit that he has a fair amount of competition for his role and he couldn’t complain about not being picked given the other talent.

And let’s be clear: Jake Trbojevic plays a specific role. He’s a ball-playing lock these days and never anything else. 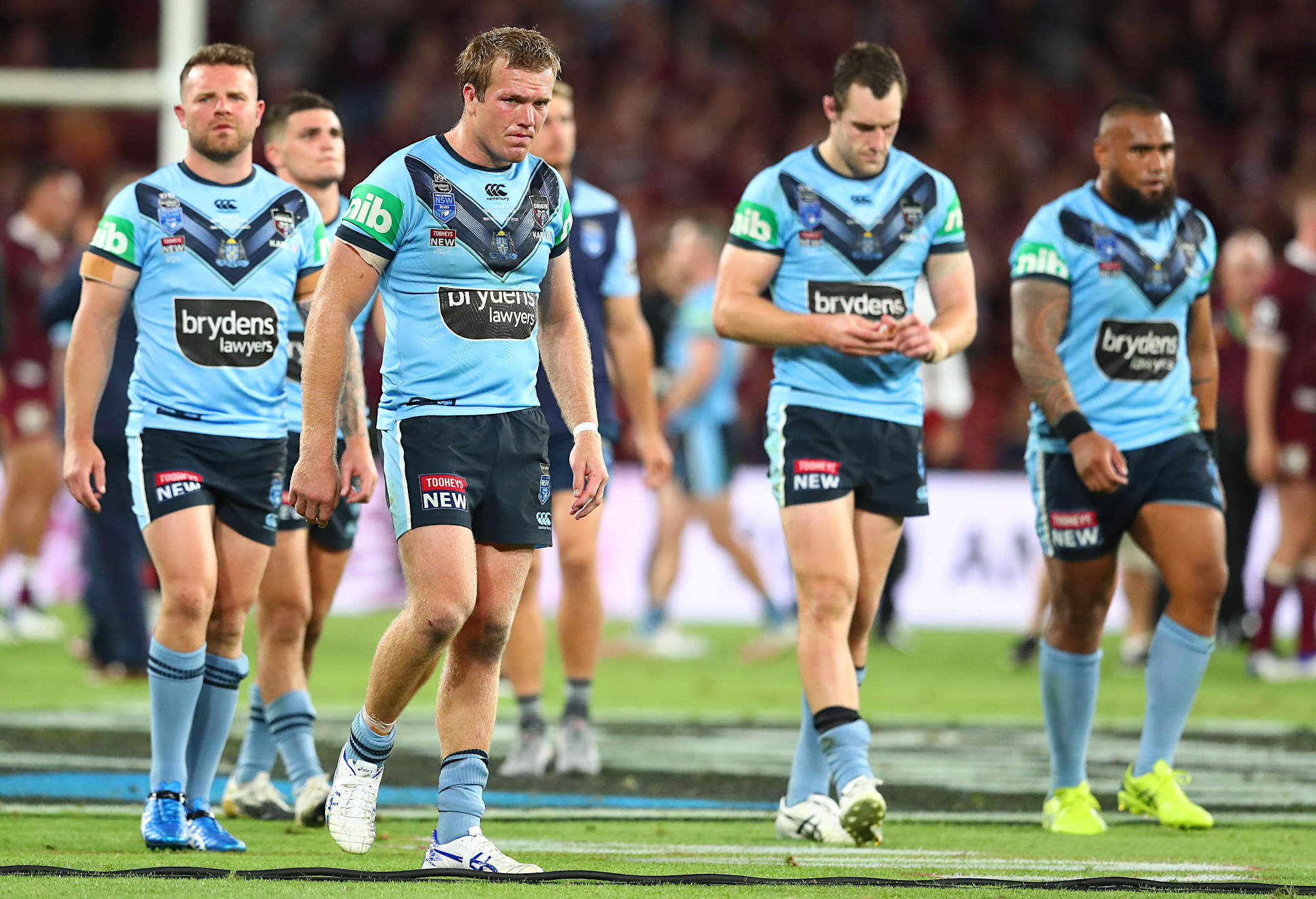 If you watch just one Manly game, you’ll see this. He takes a lot of passes, engages the line, makes a lot of tackles and doesn’t miss many. You know, like a lock. A ball-playing lock.

The problem for Jake is that NSW already have two of those, both of whom are a) already in the side and b) better at it than he is.

On any ball-playing lock metric, Isaah Yeo is the best, followed by Cameron Murray, who is so good that they’ll happily shunt him to an edge to get him on the field.

Jake is listed as starting prop, which makes zero sense. I have posited before that he’s essentially been picked as a specialist tackler, so unless he plays the full 80 minutes and makes 50+ tackles, then I don’t know why he’s in the team.

Let’s compare him with someone who has recently dropped out of the NSW side, Reagan Campbell-Gillard.

Jake has a pass to run ratio of 1.4, meaning that he passes 40% more frequently than he runs. RCG makes fewer than two passes on average a game, total.

RCG averages around 150m a game with 60 post-contact and 1.1 tackle breaks. Jake, as even people who don’t know about stats now know, is yet to break a tackle all year.

Jake gets tackled over 50% of the time on the third tackle, because he either opts to run instead of passing or is called in for an auxiliary hit up in a bad ball set. RCG is split evenly across second, third and fourth, because all he really does is hit ups.

All this is more confusing because Tariq Sims has been taken out of the team and replaced by Angus Crichton, who is, for all intents and purposes, also a specialist defender.

He profiles roughly the same offensively as Tariq Sims – slightly better in running metrics, but we can all shrug at why Sims was picked for Game 1 – but is vastly better in defensive aspects, making more tackles, missing fewer and with fewer ineffective.

He’s also one of the best kick pressurers in the NRL – interestingly, so are Damien Cook and Api Koroisau, so you can expect that aspect of the NSW game to improve massively.

If the idea was to improve the defence with a long-minute, high-efficiency tackler, then you already did that. Instead, the Blues will have a third ball-playing lock who won’t get a chance to ball play, which is the best part of his game.

It’s a baffling decision. The benefit, theoretically, of having an 80-minute defensive specialist in the middle is that you can then save interchanges for short burst, high impact players.

If he had brought in Crichton and kept RCG, or brought in an even more explosive player – David Klemmer is the dream that will never happen – then it would have made sense. Instead … no idea.

Apologies to our many Queensland readers who have had to go almost 1000 words into this preview without any discussion of how the Maroons might fare. Hey, go sink a XXXX and enjoy your warm weather and victory. Stick on a Go Betweens record, kick off the thongs, and get ready.

Right: there’s not *that* much to say about the Maroons because they played really well in the first game and have only made injury-enforced changes. 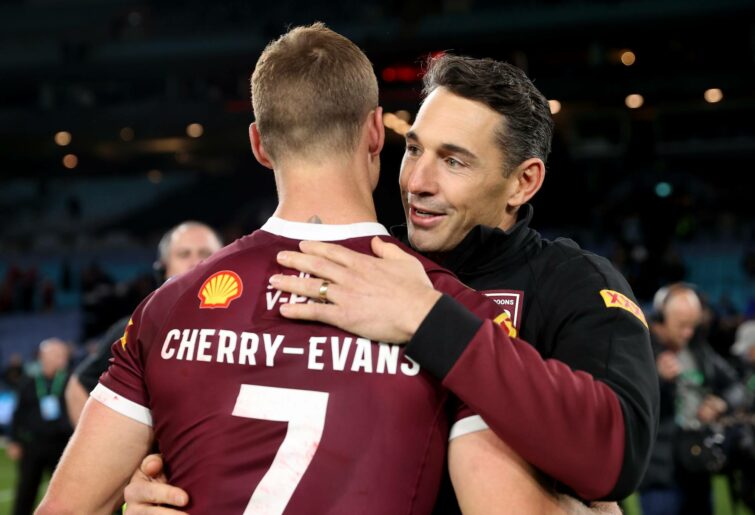 One of those changes is one that they made a mistake on in the first place, so Murray Taulagi coming in for Xavier Coates actually improves their team.

Reuben Cotter is a bad loss, because he played so well on debut in Game 1. If you wanted a perfect Cotter clone, then statistically speaking you could do a lot worse than Jai Arrow, who comes with the added benefit of already having played a load of Origin games.

The biggest concern for Billy Slater will be the replicability or otherwise of his team’s performance in Sydney.

They did get a fair bit of variance in their favour – DCE’s try, for example, that wasn’t referred upstairs – and in an alternate universe, the Blues might have won. That’s fish and chip paper now of course.

In a three-game series, the potential for volatility is high and Queensland might just have had their share of it. They won’t have the element of surprise, either: the Blues have seen what they have to offer and (if competently coached) will likely respond.

I have the sneaking suspicion that Game 1 might be close to a ceiling as far as how well Queensland can play while it might be a trough for NSW.

Dane Gagai, for example, performed out of his skin and very much out of keeping with his club form, because he was given very specific instructions and carried them out to a tee. Now that the Blues have video of that game, his job might get a lot harder.

Then again, Queensland know that they don’t have to win and NSW have picked a stupid team, so I thoroughly expect them to take out the series on Sunday night.