Nathan Cleary and James Tedesco inspired the Blues as they thumped Queensland 44-12 in Origin II to level the series and send it to a decider. Here’s how the Blues rated.

1. James Tedesco: Played out of his skin. Ran the ball back with vigour all night. 265 metres. Played creator and metre gainer. Superb game. 8.5/10

3. Matt Burton: The lad from Dubbo didn’t look out of place at all. Scored a try and was solid in defence. 7/10

4. Stephen Crichton: The Panther was quite ordinary in attack and defence. About the worst game I’ve seen him play, even including his try assist. 3/10 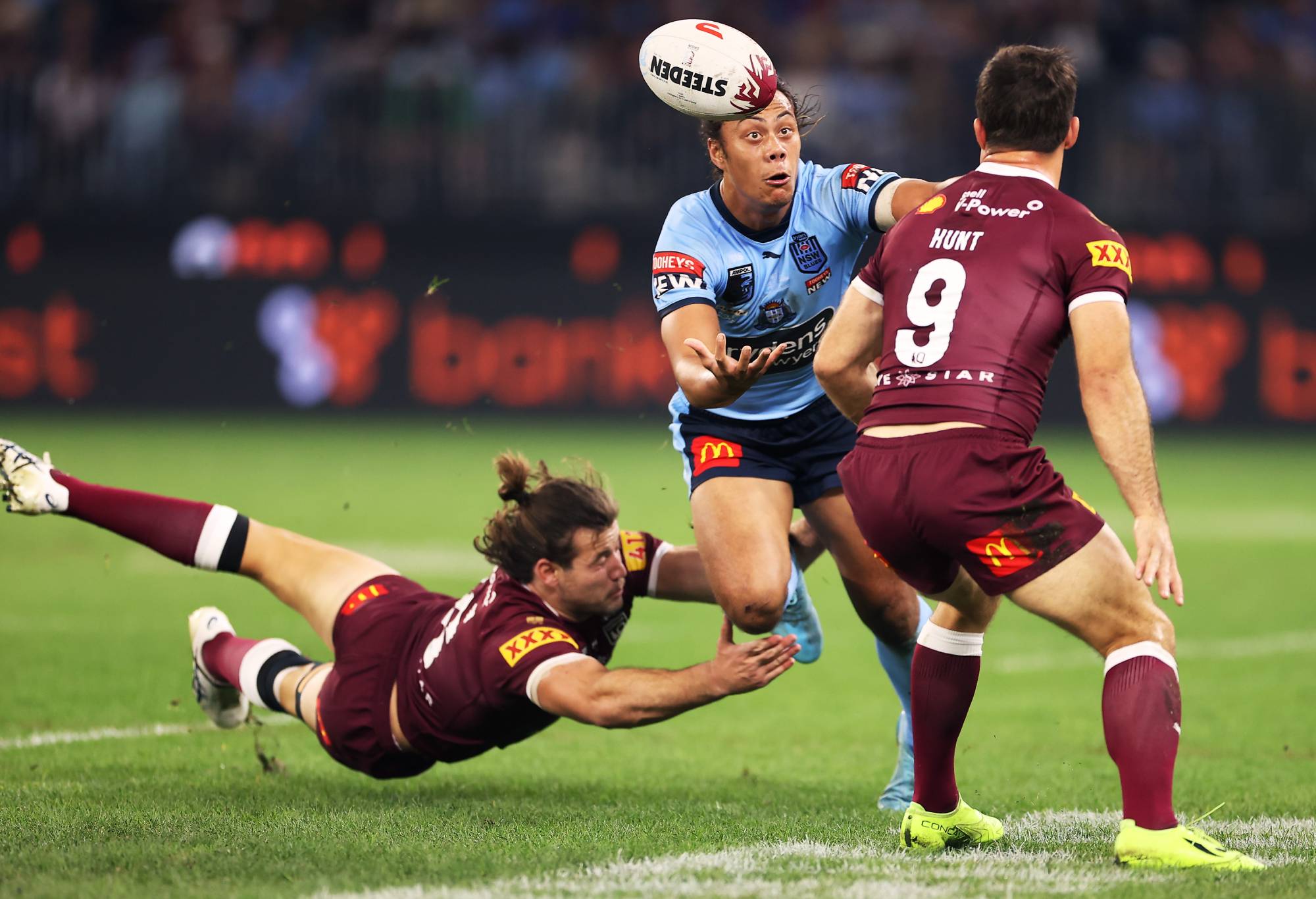 Jarome Luai of the Blues drops the ball in a tackle. (Photo by Mark Kolbe/Getty Images)

7. Nathan Cleary: Took a little bit of time to warm up but then put in his best-ever performance in Sky Blue, answering all his critics from game one (including myself). Two tries in a 24 point haul was a just reward for a superb organisation, passing, running and kicking game. 9.5/10

9. Api Koroisau: Replaced after 37 minutes. Did nothing wrong, but also didn’t shine in a short stint. 4/10 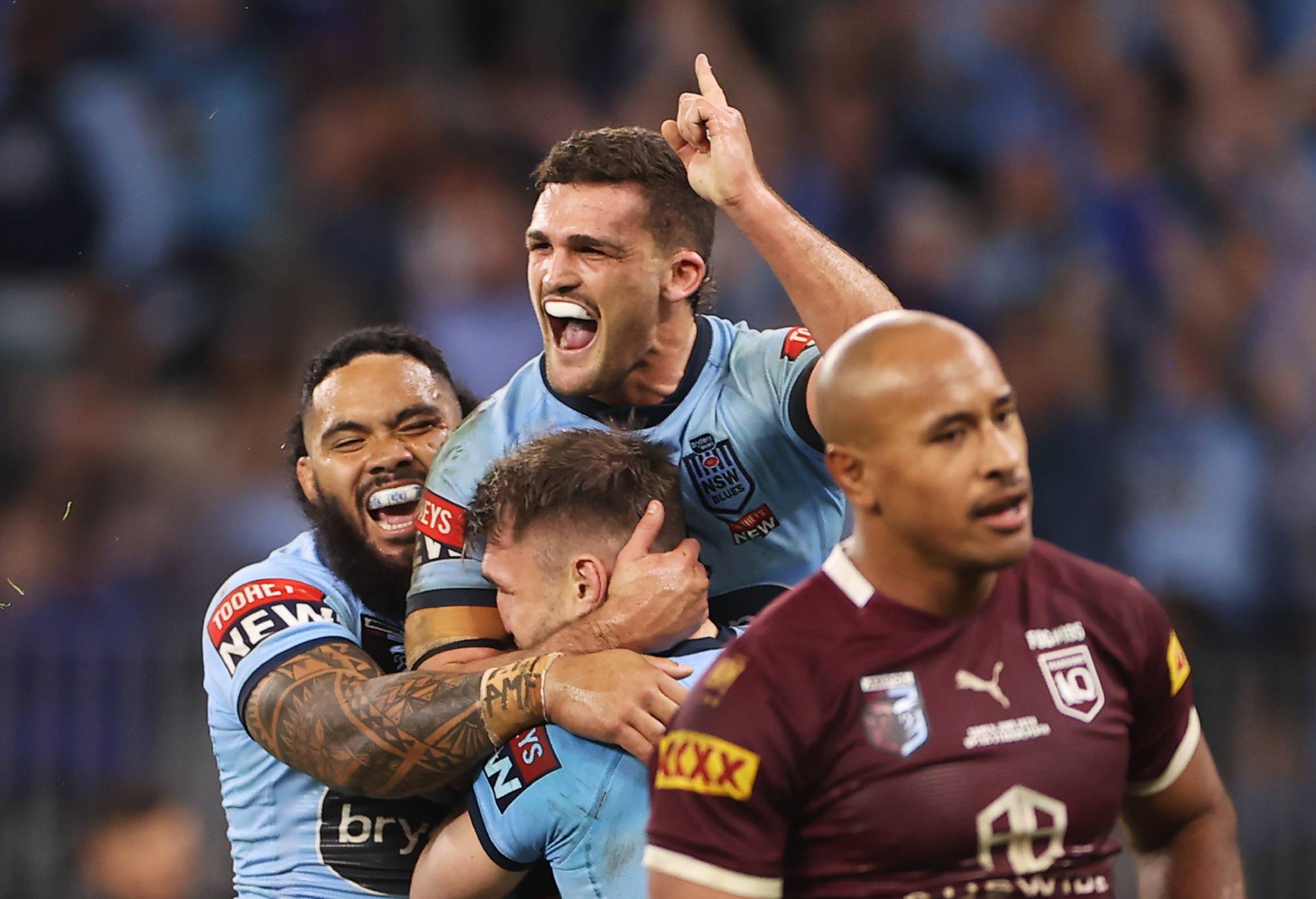 11. Cameron Murray: Hit high by Murray Taulagi in the 8th minute. He was quieter than usual but his effort when he was on was as good as you’d expect. 6.5/10

12. Liam Martin: Not as big as his game one effort but by no means a poor effort. Got replaced by Talakai in the second half. 6/10

13. Isaah Yeo: Worked hard in attack and defence without dominating in either but a strong effort. 6.5/10

15. Angus Crichton: Scored a try, set another up in a serviceable performance in his return to the NSW side. 6/10

16. Junior Paulo: Was clearly stung by criticism after game one and really stepped up. Made immediate impact off the bench in attack and was also strong in defence, even stealing a ball. 8/10

17. Siosifa Talakai: Only had a short stint but was willing to hurl himself into the fray. 4/10