After a bright start, a forgettable last hour saw the Maroons downed 44-12 in game two. Billy Slater has a lot of thinking to do before game three in Brisbane but until then, here’s how the Queensland players went on a slippery night in Perth.

1. Kalyn Ponga: Among Queensland’s best. Was important early when the Blues were right into them, especially cleaning up a Munster charge down. Great ball to Kaufusi for the first try, made the linebreak for the second try but was overwhelmed when the dam broke. Knights fans will be mindful of yet another head knock. 7/10

2. Selwyn Cobbo: All those errors people were talking about in the lead-up to the series returned, including a bad, bad drop to turn over possession when his team were trying to work through Kafusi’s sinbinning. 3/10

3. Valentine Holmes: Laid on a try after Ponga made a break, but other than that very little impact on this one from the Queensland veteran. 4/10

4. Dane Gagai: The Blues were all over his side of the park. No chance to impact in attack and couldn’t deal with all that business in defence. Not his finest Origin night. 3/10 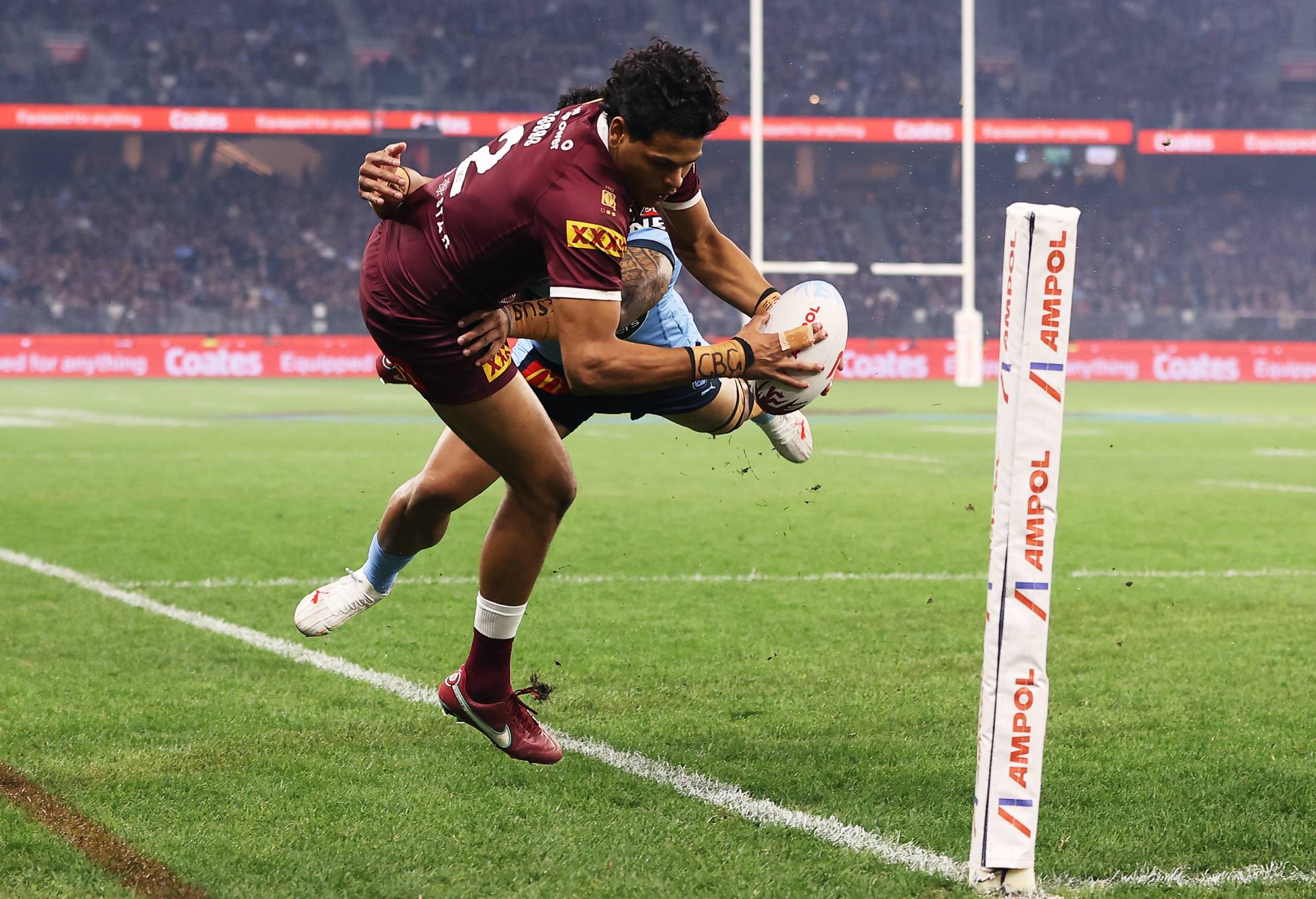 5. Murray Taulagi: Amidst making some good runs, his night turned rough after he got caught in the spotlight of a Matt Burton bomb, then later spilled the ball to present the Blues with a back-breaker try. 4/10

6. Cameron Munster: Along with Ponga, tried to make things happen but it just wasn’t working in the face of the NSW defence. Had two kicks charged down in the first 13 minutes and had zero room to move with ball in hand. He was almost perfect in Game 1 but this was a different story. 5/10

7. Daly Cherry-Evans: Kicking game was good when Munster’s was under siege early, but DCE didn’t get the chance to impose himself on this at all. His game will be unfairly compared to Nathan Cleary’s man of the match performance. 5/10

8. Lindsay Collins: His first Origin start was good defensively, but he had to have much more impact when he was running the ball. That’s what his team needed. 4/10 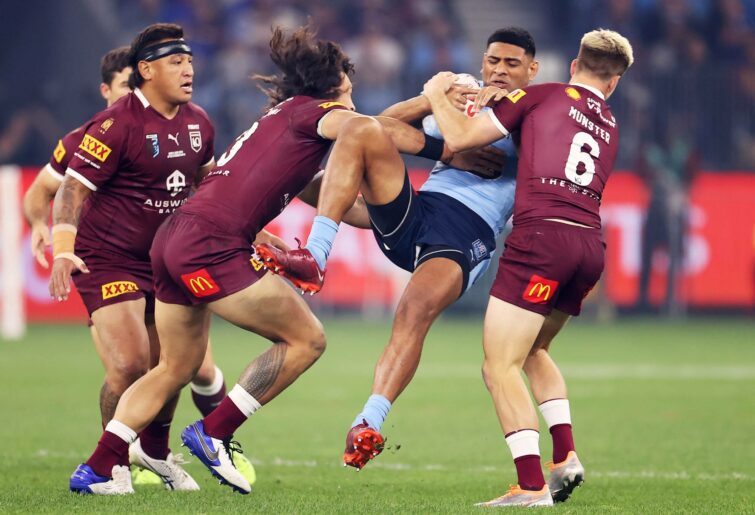 9. Ben Hunt: A really good early stint with the right balance of pass or run but couldn’t impose himself when the Blue wall kept pushing forward. Played dinged up in the second half and had a spell at lock. 5/10

10. Josh Papalii: Very limited impact and another short stint, which surely needs to be addressed or explained. NSW were ready for him. Made some decent hits in defence, as always. 2/10

11. Kurt Capewell: Did his job by making tackles and trying to keep the Maroons line together, had to shuffle position but still kept putting in. 5/10

12. Felise Kaufusi: A nice finish for the game’s opening try before Ash Klein sent him to the bin for Queensland’s repeated infringements. His usual solid defence fell away with the rest of the team. 5/10 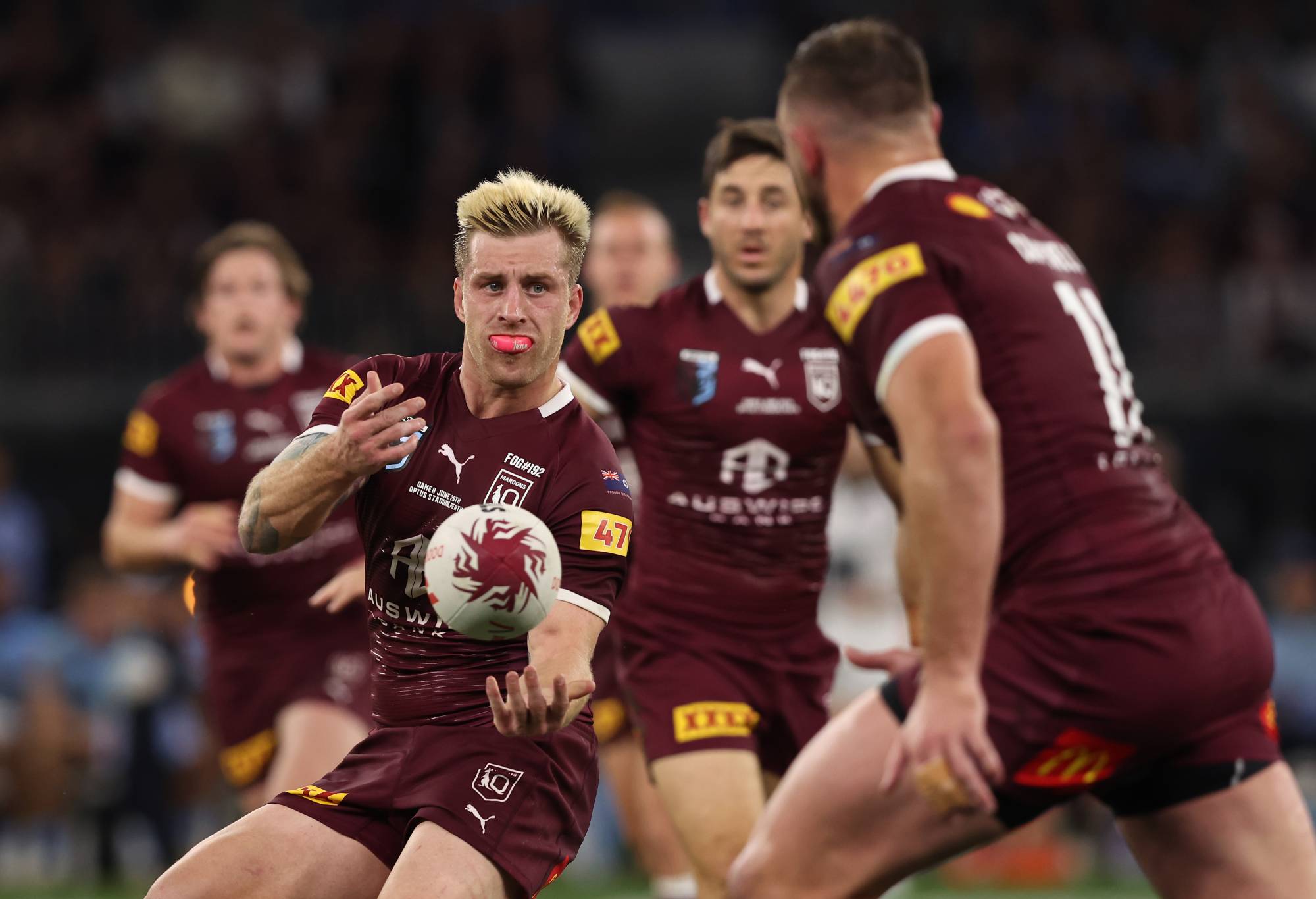 14. Harry Grant: Couldn’t bring the same attacking energy from game one with the Blues a man up and on the march, but he tackled hard and kept trying to make things happen. 5/10

15. Jai Arrow: Defended well enough, went off for an HIA and offered very little to Queensland’s attack in the 27 minutes he played. His spot is surely under the microscope. 2/10

16. Patrick Carrigan: Also among Queensland’s best. Brought energy with him again when he arrived, ending with a game high 41 tackles and worked for 103 metres as well. Threw himself into his work but had no mates up the middle this time round. 7/10

17. Jeremiah Nanai: Came on in the 51st minute and had a bad, bad whiff on Jarome Luai for the try which truly opened the floodgates. Not his fault, because the Blues were hitting their rhythm just when he was trying to catch the game’s pace. 3/10