This is what Chris Scott said about Tom Stewart, after Stewart sent Dion Prestia into next week with his decision to run past the ball and hit Prestia in the head with what can only be described as an intentional hit.

“I’ve known Tom for a long time and he is a scrupulously fair player and just a fantastic, strong character – fundamental to what we do at Geelong. When my time’s come and gone, I’ll look back and say I was honoured to have known and coached Tom Stewart.

“That’s partly because when I spoke to him post-game, he just said: ‘I’ve just made a horrible error and I feel terrible about it … I ran past the ball and I chose to bump. I didn’t mean to do it, but gee it was terrible execution and I’m going to pay the price for it’.

“I wouldn’t usually be this expansive, but I think it speaks to the man. He knows he’s done the wrong thing. Was it deliberate? Of course it wasn’t. He’s made an error and, as people do that I admire, he’s prepared to stand up and say ‘I was wrong’. 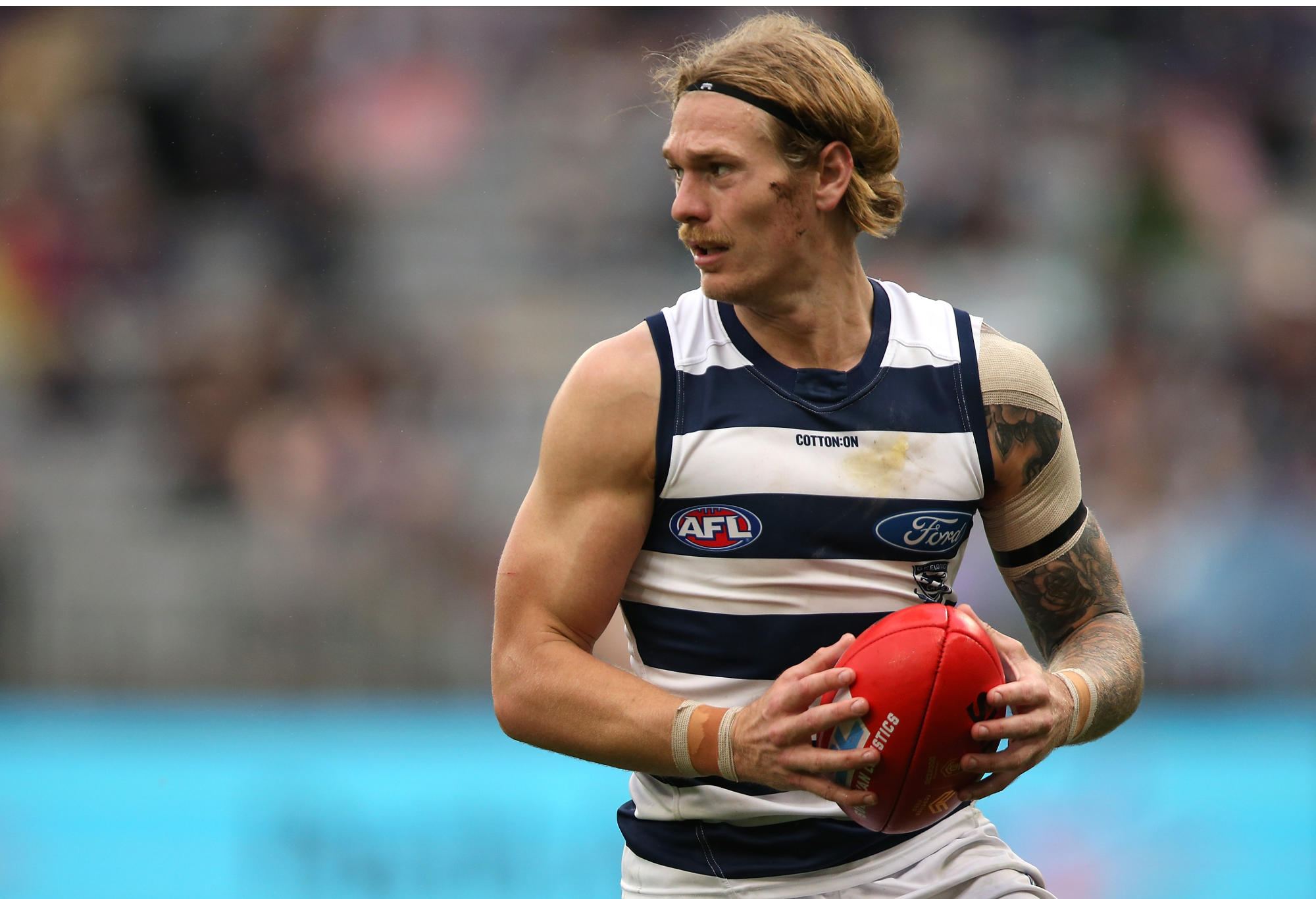 “It doesn’t help then the idea of restorative justice still exists. Like they (the Tigers) lose one of their best players, but we don’t run away from that fact. But he should have some comfort in the fact that it’s not him and it was an error of execution and nothing more.”

Sorry, Chris, but like I’ve been saying to my Geelong-worshipping father all week, the “good guy” defence ain’t it.

The vision of Dion Prestia being cradled in the arms of the Richmond trainer, struggling with the basics of movement like a newborn giraffe, was one of the more disturbing things I’ve seen on a football field.

It was Brent Staker’s eyes rolling back in his head, before his head hit the ground, after Barry Hall slammed his fist in his face. It was Andrew Brayshaw’s jaw being shattered by the wild swinging arm of Andrew Gaff. It was the 70s and 80s.

It was worthy of being sent from the ground.

Worse, perhaps, was the fact that the officiating umpire reported Stewart immediately for his hit on Prestia, who was in such a bad way that a Richmond team-mate had to take the free- kick, and play was allowed to continue around Prestia, and the team of Richmond medicos, who were crosschecking the safety protocols of the unknown – consciousness and a neck injury. 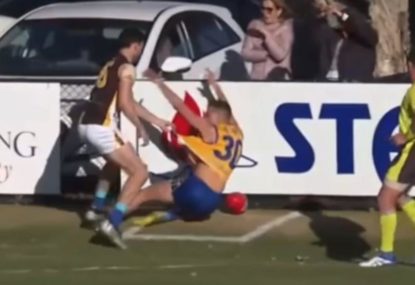 The three officiating umpires in that game need a couple of weeks in the VFL for that display of player care.

As for Stewart and the “good guy” defence, he could donate a retriever puppy per day to a Geelong orphanage, and it won’t remove him from the ugliness of the severe impact and high contact that left Dion Prestia needing time travel to re-enter this sphere from his current head space of Sunday the 3rd of July.

In the modern day, when the foundation of the game’s rules are being shifted so we can protect the players from the carnage that is Chronic Traumatic Encephalopathy (CTE), should Chris Scott be going down this path of Angelic Tom and his impeccable character in the hope of minimising his suspension damage?

How many times have we heard that any decision to run past the ball and bump is a dangerous act? One that comes with severe consequences on the tribunal scale of MRP Lotto should you hurt the player you’ve lined up.

The difference for a report sent direct to the tribunal in “Careless” and “Intentional” as gradings, when placed alongside severe impact and high contact, is the starting point of one week.

And through the complete farce of the assessment in this case, Stewart is looking at a three-week ban, which isn’t nearly enough. This needed to start at a four-match ban, with the AFL’s prosecution lawyer working all levels of linguistic wizardry to ensure Stewart sits out a minimum of five.

As for the aforementioned restorative justice, Chris Scott is right to point out the lack of immediate justice for Richmond’s best player being taken out of the game by a dirty and unnecessary play, while the chap responsible for his departure goes on a 17-intercept-possession-rampage to be the difference between the two teams.

‘Richmond are the one that have suffered the penalty. [Geelong’s next opponent] North Melbourne shouldn’t get the benefit next week.

“They get no benefit whatsoever from losing one of their best players. That’s my version of restorative justice, that the victim should actually be [compensated] in some way.”

Is that Chris Scott acknowledging Tom Stewart should have been sent from the ground?

No. Sadly he continues and contradicts himself wildly.

“The idea of sending someone off and getting it wrong in a big game is a risk not worth taking.’”

Because that is the reality when you run past the ball and choose to bump.