Visa strikers are normally the most expensive players in an A-League team as they come with a pedigree of scoring goals consistently throughout Europe, Asia or South America.

Brisbane Roar fans over the past 17 seasons have seen two quality import strikers in Serginho van Dijk and Besart Berisha.

They have also witnessed their share of expensive busts, like last season’s Juan Lescano, who struggled with form and fitness throughout the campaign.

While off-season 2022 has seen the club become almost pedestrian in recruitment, they have announced an import hitman who has the predatory instincts to finish the large number of chances the side creates.

Former Premier League striker Charlie Austin has passed his medical after leaving QPR in the championship.

While not the biggest marquee signing, Austin is an out-and-out goalscorer.

As a labourer, Austin would have to leave his building site early to catch a ferry to get to the Isle of Wight to play non-league football with Poole Town. After plundering nearly 50 goals in 40 games, he was on the move to Division 1 with Swindon Town.

At Swindon he netted over 30 goals in 50 matches, which attracted the attention of several championship sides interested in his signature. He then joined Burnley, which saw the hitman average a goal every two games, before experiencing the bright lights of England’s top flight with QPR.

In his debut season in the Premier League he scored a remarkable 18 goals in 36 matches and was on-sold to Southampton, where he found the back of the net 16 more times.

Austin then dropped down a division to the championship, where he spent time with West Bromwich Albion and back at QPR. 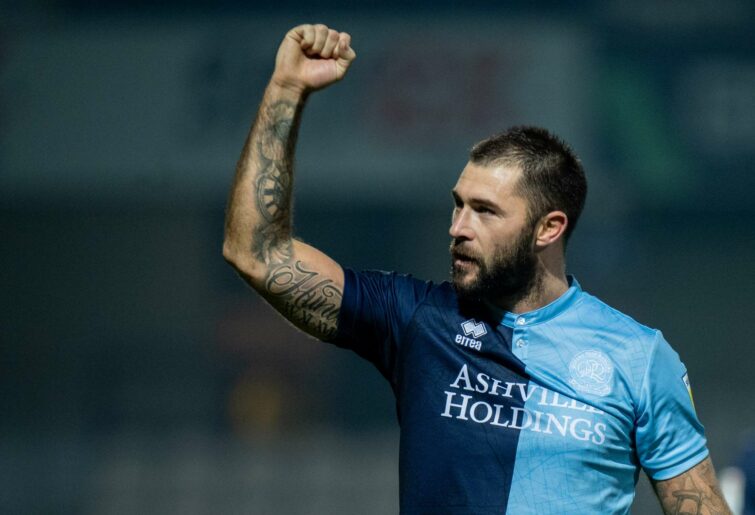 Over the years Charlie Austin has not been without his share of off-field controversy.

There was the unsavoury nightclub incident in 2013, followed by the 2015 public spat with West Ham owner David O’Sullivan over a failed transfer – O’Sullivan claimed Austin had “no ligaments left in his knee”. Austin labelled Sullivan’s comments as “outrageous” in the media and received an apology behind closed doors before getting the ultimate revenge several weeks later – scoring a goal against the Hammers in a 3-0 demolition.

A criticism levelled at Austin is that he’s prone to injury. However, he has adjusted his diet over the years to manage his body better. The days of having a few pints with a kebab or fish and chips after training are long gone, replaced with plenty of water and protein-rich meals coupled with yoga sessions. Now at 32 years of age, Austin appears to be in the best shape of his playing career.

Charlie was never blessed with blistering pace or the trickery to bamboozle opponents. He’s an old-fashioned English No. 9 in the mould of Les Ferdinand or Alan Shearer who will put in a decent shift.

While that might not sound exciting for Brisbane Roar fans, he is just the sort of striker that the club needs to get on the end of things.

Austin will pose a significant aerial threat while also being comfortable enough with his back to goal to hold off a defender and lay a pass on for his teammates.

He has a cannon of a right foot and the movement to be in the right position to sniff out a chance.

While players from England have generally struggled in the A-League, all he has to do for inspiration is look at Sydney FC’s Adam Le Fondre, who came to Australia at a similar age and became a goalscoring machine.

Austin has scored goals at every club he’s played for, and if he’s able to acclimatise to Queensland’s energy-sapping tropical conditions as well as Australia’s notoriously hard football pitches, he should be capable of scoring ten or 20 goals in the 2022-23 season.

Brisbane Roar have finally got a predatory No. 9 with the potential to have fans forget the names of ghosts of the past.