'Don't see how that works': World Rugby guideline that's been ignored in Wallabies' quest for 'best maul in the world'

Dan McKellar’s priorities at the Wallabies are absolutely clear: producing the best maul in the world and “genuine physicality and brutality” in everything they do.

In the physical arms race of Test rugby forward battles there is no room for hesitation. World Rugby is trying to temper the sport’s surging physicality, to varying degrees of success, but men like McKellar can’t afford a backward step.

McKellar, and his boss Dave Rennie, know what’s coming when the Test series against England starts on Saturday – a bloody combat for forward supremacy.

“It’s a big part of their DNA, isn’t it, the set-piece and that physicality and brutality and it’s something we’re trying to bring to this group of forwards here,” McKellar said on Wednesday.

The set-piece is the obvious battle ground on Saturday, and Australia’s scrum, not exactly highly rated in England, is already creaking days out from the game with key injury concerns.

McKellar can’t afford to let that sway his focus. 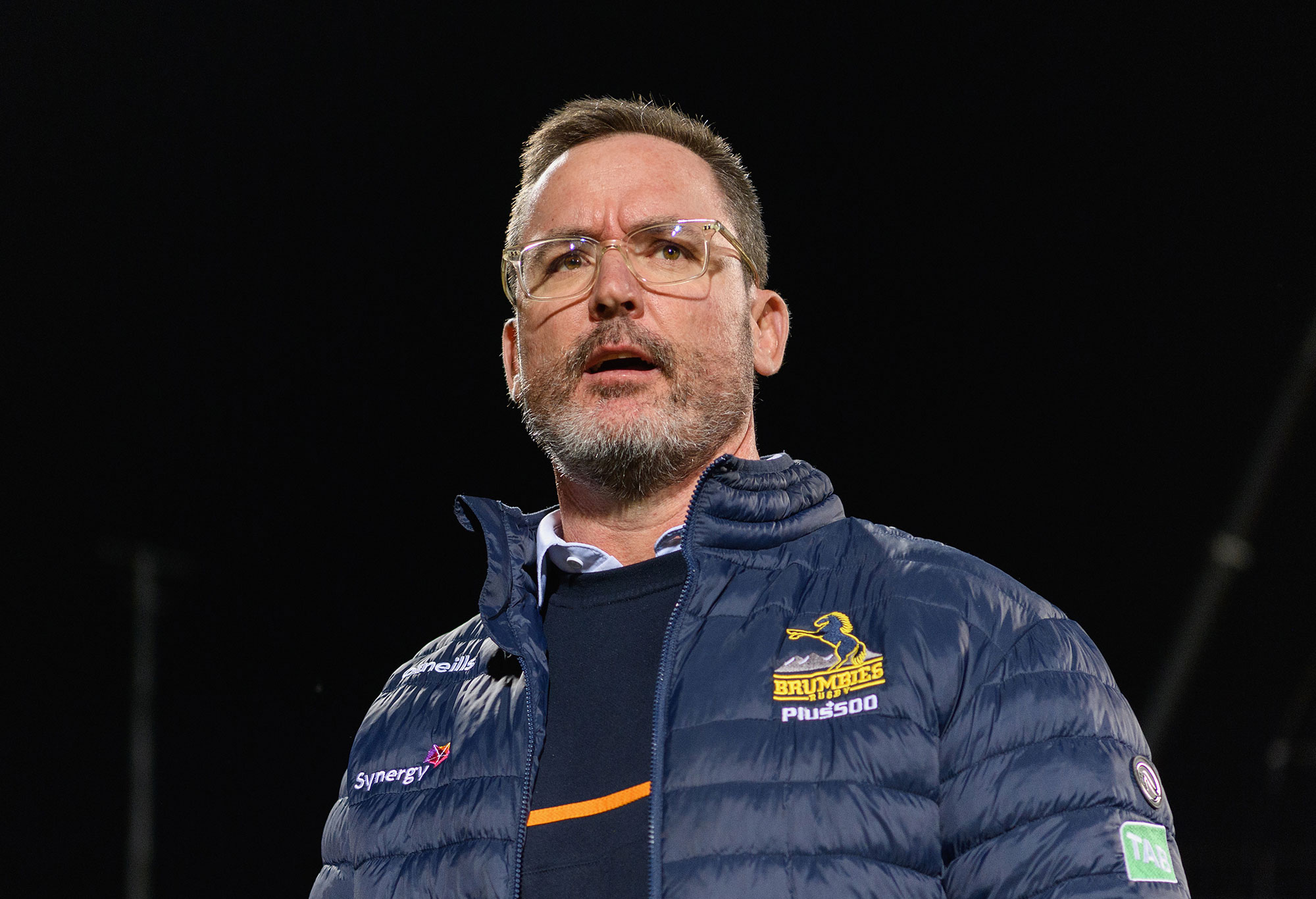 “We’re trying to develop a mindset here of having the best maul in the world,” he said.

“That takes time, there’s five groups of players that come from different franchises and they all do it differently, so the buy in and thirst for it has been obvious from my end.”

Another key area is “genuine physicality and brutality in what we do. Playing with a real hard edge. You’re not going to win any game without and you certainly won’t win a Test match.”

McKellar’s maul work was the best in the business at Super Rugby level, and he was asked if he was looking at the Wallabies mauling more often, or just doing a better job.

“It’s just about mauling better, isn’t it?” he countered. “The reality is in Test match rugby games are often tight, so when the opportunity comes to take points you generally take the points whereas in Super Rugby bonus points over the course of the season, if you’re scoring tries, is certainly important.

“Opportunities in Test rugby are less, but when we do take them we’ve got to be better. Mauling’s one part of it, there’s a whole lot to being a good forward pack, but it’s an area that we’ve identified that can certainly make some shifts.”

The Wallabies will name their side on Thursday and how the pack lines up should give an insight into Rennie’s style of forward play. But there are non-negotiables whoever puts on the gold jersey.

“You’ve got to take them on, haven’t you?” McKellar said. “You’ve got to understand that you can’t shy away from where the challenge is coming from.

“It’s been part of English rugby DNA for forever and a day that set-piece and physicality and brutality is important and it’s certainly going to be important for our pack.

“We know that for us to win this game we’ve got to win the collisions and we’ve got to look to dominate at set-piece. It’s as simple as that. They’re world class and it’s a real challenge for us. If we do that you give the likes of the players we have in the backline to really shine and dominate.”

The task faced by McKellar, and other coaches seeking to whip up and prepare players for these big physical battles has been complicated in the past year as World Rugby reacts to increasing concern over head trauma.

Their high contact crackdown is having a significant impact with a rise in red and yellow cards throughout Super Rugby. In that competition, the 20 minute red cards kept games competitive, but World Rugby sidelined that tweak and a red in this Test series will mean a team is at 14 players for the remainder of the match., and McKellar can’t understand why. 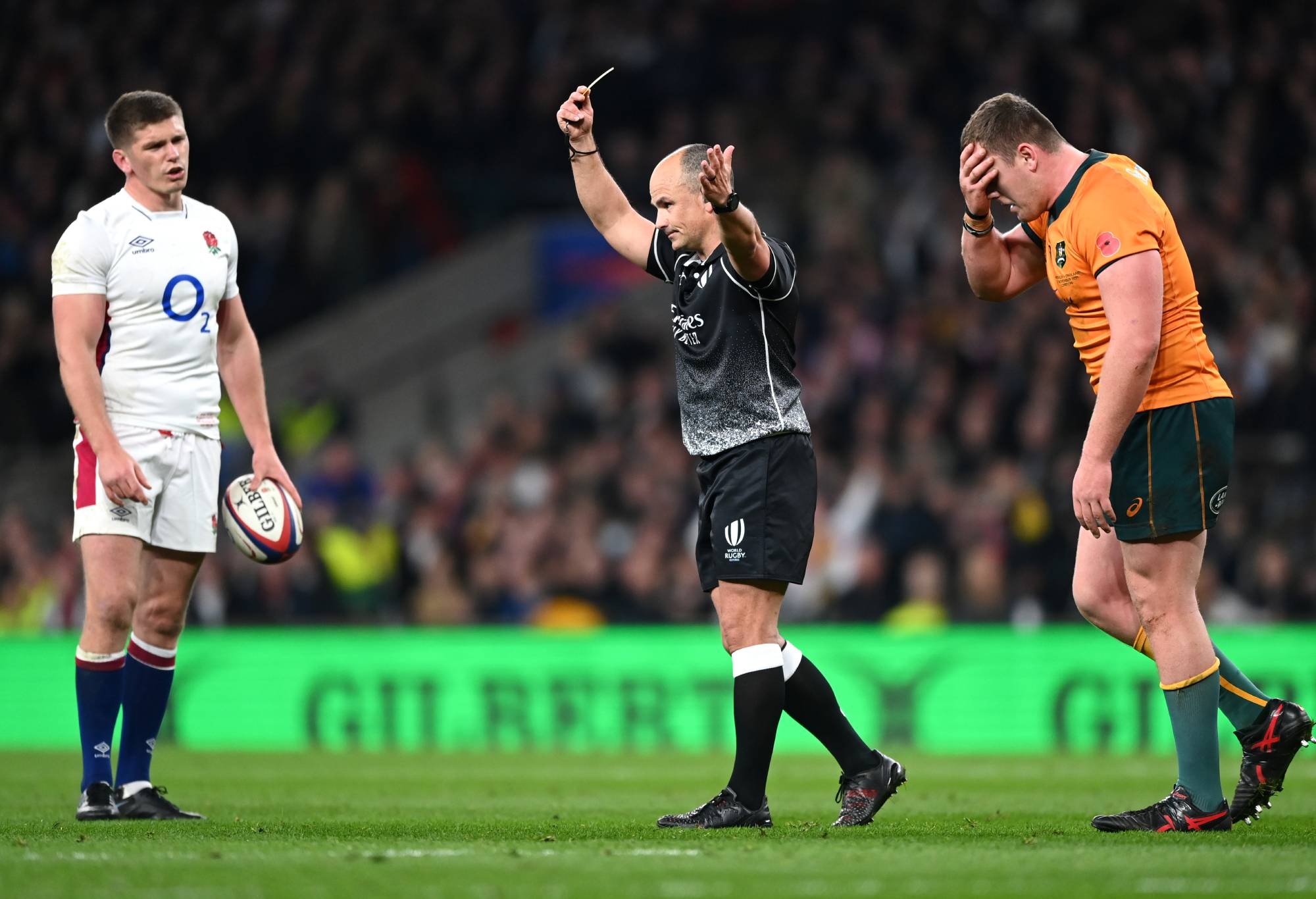 “I was supporter of the 20 minute red card because accidents in this game will happen and you’re penalised and there’s a consequence for an accident but it’s not necessarily having a real impact on the outcome of the game,” McKellar said.

“Unfortunately it hasn’t been taken on board and the law is the law and we need to understand that if we infringe or are handed a red card that the impact will be significant.

“I’ve always been a supporter of an orange card. Deliberate, foul play, and we all know what deliberate foul play and dirty play is, red card, and make sure they sit on the sidelines for a long period of time, but there’s been many accidents throughout the course of Super Rugby this year.”

He said the crackdwon had impacted how teams are being coached.

“All coaches have had to adjust. No one wants head knocks, no-one wants players to be on the receiving ends of multiple concussions,” said McKellar.

“Defensive coaches have had to adjust your target zone of where you’re hitting at the tackle. You’ve got to be really careful around cleanout, especially when there’s a jackler or a poacher on-ball around where you’re targeting.

“At the same time, we’ve got to understand that there’s got to be a common sense element to it and we play a collision sport and there’s going to be a collision that goes wrong every now and then and unfortunately accidents will happen.

“Deliberate foul play you’ve got to rule that out immediately. But I think coaches around the world understand now that you can’t be reckless when you’re approaching any collision whether it be the tackler, cleanout or ball carry.”

He is confident the players have got the message.

“They’re pretty clear on it, knowing that if there’s any contact made with the opponent’s head that you’re going to bring the TMO and the officials in and you’re a chance of sitting on the sidelines for a few weeks.

“I think it’s been crystal clear not just over the course of the last Super Rugby season but since the last World Cup.”

While the red card scenario is on the minds of coaching staff, another World Rugby recommendation from last year has been swiftly forgotten.

In September, World Rugby outlined player health guidelines that included a full-contact training cap of 15 minutes per week, with no more than 40 minutes of controlled contract training and 30 minutes of set-piece work each week.

“Our immediate priority is to get teams to adopt the guidance, and the positive feedback we have received indicates that they will,” said World Rugby’s chief medical officer Dr Eanna Falvey said at the time.

The key word missing was “mandatory”.

I asked McKellar if the Wallabies had ever considered moving towards the target times as they prepare to meet the full force of England.

“To be honest, I saw that for about five minutes. It was a headline in an article and after that five minutes I’ve not thought about it again,” McKellar said.

“It’s never been discussed within our coaching group. It’s an interesting one, I’d like to see how they’d measure that 15 minutes from one week to the next.

“It’s certainly not at the forefront of my mind. I think the best way to avoid contact injuries is to train the technique required in a contact situation. Limiting it to 15 minutes is, I don’t see how that works at all.”

The reality is no professional team in this sport, or any other, will act on a recommendation rather than a law.