It’s that time of the year once again. Whilst rugby league fans immerse themselves in the beauty of State of Origin, AFL footy fans are left wondering what could be for their code.

But who exactly would be selected for each side if the AFL had a change in heart? In this six-part series, I will select the best 22 for six State of Origin teams (Vic Metro, Vic Country, South Australia, Western Australia, Indigenous All Stars, and the Allies).

This was a very difficult team to pick. If structure meant nothing in the footy landscape, I would have picked seven key forwards.

I did manage to fit four in though with a couple playing small. Besides that, this team could arguably be the strongest, most well-rounded team in the competition.

Leading the competition for spoils, Howard has been a handy pick up for the Saints since moving from Port Adelaide in 2020. The Wagga Wagga native would be the third tall in a star-studded backline.

A crucial pillar in the Lions defence, Andrews has been ever so consistent this season. Sixth for marks and fifth for spoils in 2022, the two-time All-Australian is fully equipped to play in this side.

This high-flying defender has been solid for the Pies since arriving at the club. Averaging 16 disposals and six marks a game, Howe’s brilliant decision-making skills can launch the Allies into attack.

Aliir has been a barometer since his move to Port Adelaide. The 2021 All-Australian has continued to be an intercepting threat, racking up eight intercept possessions a game. 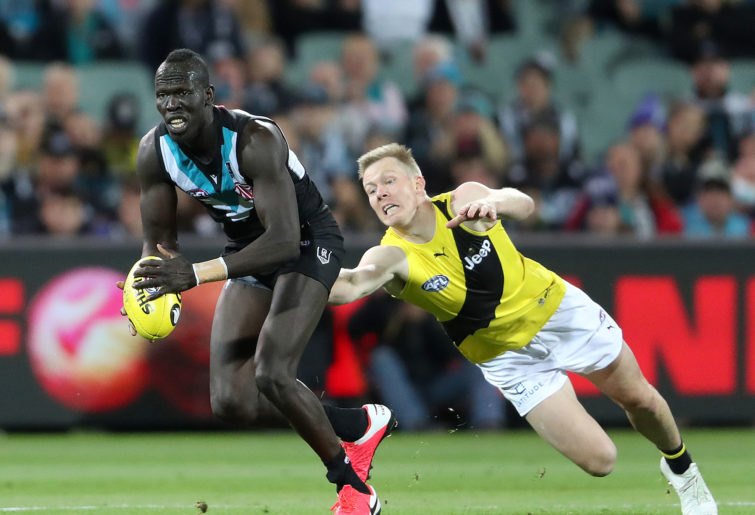 Blakey has broken out as a running half back. Including a 31-disposal game last weekend, the Swans young gun could be used as a winger if need be.

Arguably the best ruckman this season, Witts has made up for lost time. Coming back from an ACL injury last year, Witts is head and shoulders above the rest for hitouts, and leads all ruckman for clearances.

Racking up career-best numbers, the Crows midfielder is swiftly becoming a prime midfielder of the competition. Ranking elite for disposals and centre clearances, he would have the keys to drive this midfield.

Mills has been elite since his move into the midfield. The Swans co-captain is racking up 26 disposals, seven marks, and six tackles a game (ranking elite in the latter two stats).

The Cats defender has played up the ground of recent times, and that’s where he finds himself in this side. Starting on the wing enables Tuohy to become more attacking with his ball use, something that has been threatening for Geelong in defence. 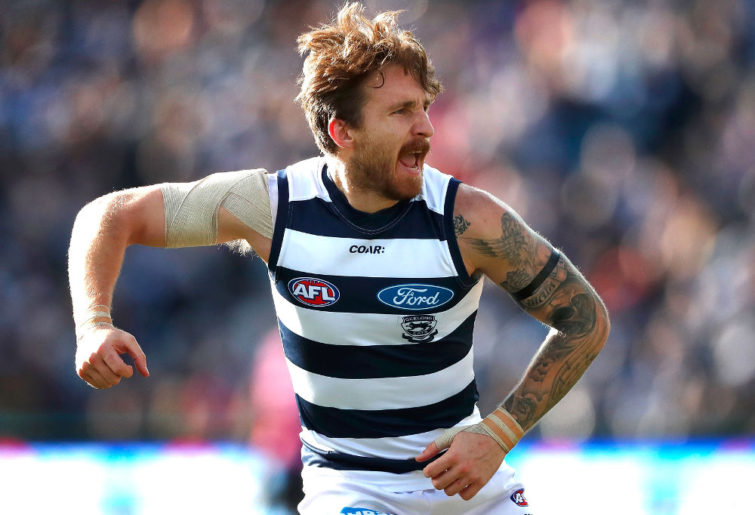 The solider of the Saints midfield, Steele exemplifies true courage and bravery on the field. Although his season has been riddled with injury, the St Kilda captain is definitely in the best patch of his career.

Excelling at half back, the North speedster (like Tuohy) would start higher up the ground than usual, but still drift back as a defensive winger. With ball in hand, Hall would have no issues launching into attack.

Fifth in the Coleman Medal race, and third for goal assists, this man sure knows how to use the footy. Playing Hawkins up the ground will enable him to produce more goal assists, but also go for home when required.

Averaging two goals and 17 disposals a game, Heeney has been electric this season. The Swans dynamo would make a great crumbing forward in this team, but also pinch hit in the middle if needed.

Continuing to function in the Richmond forward line, Riewoldt provides a wealth of experience to this Allies outfit. The three-time Coleman Medallist has kicked 50 in a season nine times throughout his career.

In the last two seasons, Tex has been able to get back to career-best form. An average of three goals per game, the Crows key forward is climbing his way back up the ranks.

In just his second season, Gulden already looks like he’s played 100 games. Averaging almost a goal and 19 disposals a game, the Swans forward should adapt nicely to this role.

Another Swans co-captain, Rampe has long been a rock in the Sydney defence. The 2016 All-Australian would benefit the side with his lockdown ability, allowing the players around him to intercept and move into attack.

Replacing Dayne Zorko in the side, Kennedy has revived his career over the last 12-18 months. Averaging 25 disposals and 11 contested possessions a game, the Blues rookie has been an important cog in their midfield this year.

Accumulating on average 26 touches a match, the Giants bull has sure had a breakout 2022. His contested ball winning and clearance work would be highly valuable to the Allies.

Scoring at least 25 goals in every season he’s played in the AFL, Mihocek is on pace to beat his previous record with 28 so far (best is 36 in 2019). The Collingwood was selected over the other eligible key forwards because of his ability to play small.

Fagan has been a saviour for the Brisbane Football Club. Turning the Lions into a constant finals participant over the last three years, the Tassie-born coach could turn this side into a powerhouse. 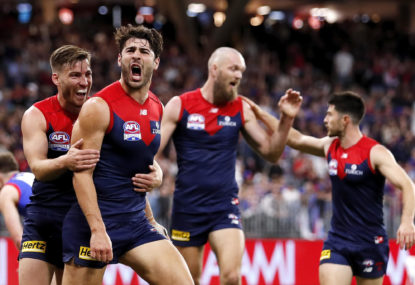 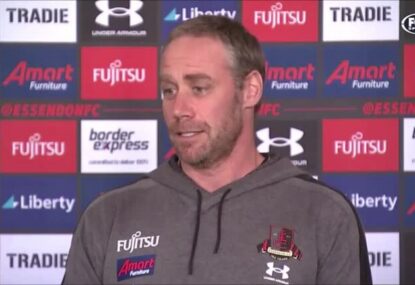