James O’Connor and Tate McDermott have been left out of the Wallabies first Test 23 to play England on Saturday, with the Queensland Reds players seemingly paying the price for the team’s poor Super Rugby Pacific campaign.

Dave Rennie has selected Quade Cooper as expected at No.10 but the bench spot has gone to young Brumbies flyhalf Noah Lolesio, while Waratahs captain Jake Gordon has been rewarded for his team’s better than expected SRP campaign with selection as reserve scrum half behind Nic White.

The Brumbies have 12 of last season’s SRP team in the 23-man squad (two have since departed), while the Reds have just one – reserve back Jordan Petaia.

There are three Rebels, three overseas based players, and four Tahs. Taniela Tupou would have been one of the first selected but, as expected, he will miss the match with a calf injury.

In the hotly contested back row positions, Rennie has opted for Rob Leota at No.6 and Rob Valetini at No.8 along with skipper Michael Hooper.

Ten years after he was brought into the Wallabies fold by Robbie Deans and several near misses later, Cadeyrn Neville will become the third oldest Wallabies debutant since the second World War with is selection at lock alongside club mate Darcy Swain.

Neville will be 33 years and 235 days old on Saturday, placing him behind Tian Strauss and Ken Yanz as oldest debutants in the past 80 years.

Tahs hooker Dave Porecki is the other debutant starting ahead of 25-Test man Folau Fainga’a.

Neville’s Super Rugby career started in 2012 and after stints at the Melbourne Rebels and the Reds, the 2.02 metre-tall, 120-kg lock moved to the Brumbies in 2020 where his career has blossomed under Dan McKellar, the Wallabies assistant. 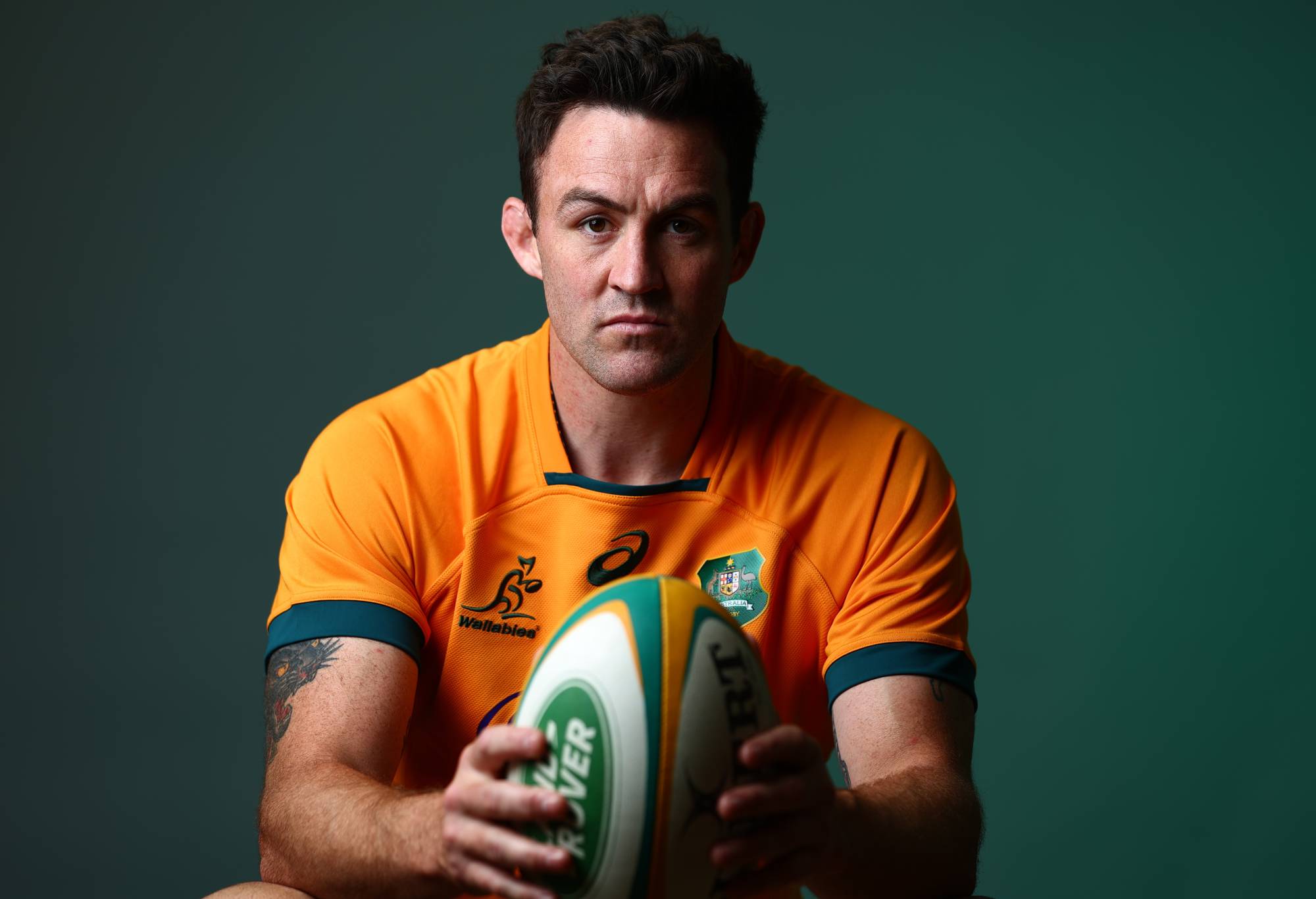 In 2012 Deans called him up for the European campaign as cover for suspended Rob Simmons but Neville never saw saw game time.

Since then Deans, Ewen McKenzie, Michael Cheika and Rennie have have all picked him in training squads without ever naming him in a game day 23.

Neville’s selection comes as Rennie opts for physicality ahead of what’s expected to be a bruising encounter against a powerful England pack.

“I’s a big part of their DNA, isn’t it, the set-piece and that physicality and brutality and it’s something we’re trying to bring to this group of forwards here,” McKellar said of England on Wednesday.

Rennie said in a statement Thursday: “The whole squad has worked hard over the past fortnight for what’s going to be a tough three-Test series against a very good England side.”

“Earning their first caps is a proud occasion for David, Cadeyrn and their families, with both men taking a unique journey to realise their dream of wearing the Wallabies jersey.

“The honour of representing our country is a massive motivating factor and we’ll be doing everything we can to put in a performance that makes all Australians proud.”

“It’s hard to sum up all the ways it would be special to me,” Neville told AAP when he was called up to the Wallabies extended squad this season.

“I’ve had a taste of it in various forms over the years but it’s good to just go through the season and be named in that squad and just come in sort of the orthodox way.

“I’d definitely relish it, I’m keeping focused on the work that I still need to do to get there.

The strong Brumbies representation and McKellar’s presence has helped pave the way for Neville.

“Structure-wise there’s a lot of similarities, so that’s an obviously big help for us,” he said.

“You can come in and there’s a few things that’s just really the same thing with different names. Whenever you got to make a shift, the more you’re familiar with it already makes it a lot easier.”

In an excellent profile of Neville for rugby.com.au earlier this year, The Roar expert Jim Tucker wrote that “clarity of a defined role, notably as a maul master, and playing with regular winners for the first time has been huge for Neville.”

Tucker revealed that in 2016 Neville sought out advice frm Brad Thorn, the then Reds under 20 coach.

“Brad put it back on me straight away when he asked me what sort of footballer I wanted to be,” Neville said at the time.

“A player who has a big, physical presence around the field,” is how Neville answered.

“Improving things like shoulder strength and balance to make better contact when tackling was one thing I worked at.

“Attitude is a big part of aggression and you always want to be influencing situations on the field.”