France defence coach Shaun Edwards has told England they have to be on “red alert” to stop Michael Hooper if they hope to beat Australia in Perth on Saturday.

The former Great Britain rugby league great has transformed France’s rugby defence over the past few seasons, and was in Australia last year to see Hooper’s power up close.

While Hooper doesn’t always convince Australian supporters, Edwards has revealed himself as a major fan of the Australian captain.

“There is one message I always give my players when we face Australia: stop Michael Hooper,” Edwards wrote in the Daily Mail.

“From five metres out from your try line, the flanker is one of the most dangerous players in the world. With his short physique and big strong legs, he is so good at scoring pick-and-go tries. 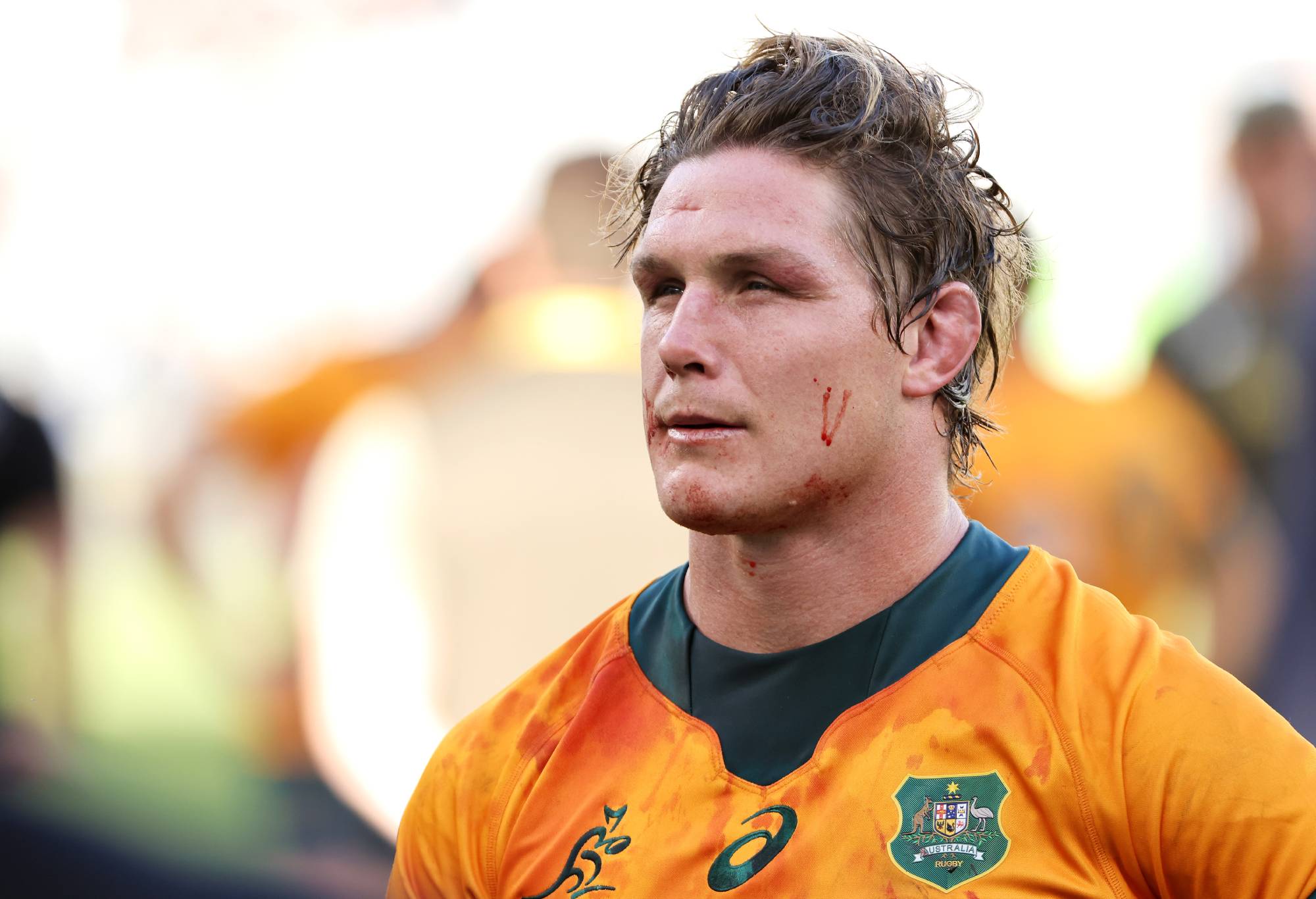 “England will need to be on red alert when he is near the ball. We usually put a vest on a player in training to replicate him. You have to get low in the tackle.

“If Hooper carries high then you can try to take him over your own try line to earn a goal-line dropout, but he rarely carries high. You just need to add five per cent of aggression to your tackle because the guy is an absolute warrior.”

Edwards said he had noticed a change under the coaching of Dave Rennie on that tour.

“One thing I noticed on that tour was how Australia have cut down on the number of risks they take. England have had a lot of joy in the past from interceptions, or suffocating the Wallabies when they consistently try to run the ball out of their own half.

“Recently, they have become a lot more disciplined and seem to be waking up to the fact that defences are much better at international level. If you get a turnover in your own half, or have good numbers, then you should 100 per cent play. But when the defence is set and ready, it’s usually a better option to transfer the ball into the opposition half.”

A player welfare group reacted with anger after Ireland prop Jeremy Loughman was allowed to play on after a serious head knock in the game against the Māori All Blacks on Wednesday.

Loughman was dazed after carrying the ball into contact and stumbled over when he attempted to stand up.

He was supported by the ref and assisted from the field but passed a HIA and was allowed to reurn 13 minutes later before coming off for good at halftime.

Under World Rugby rules, players who suffer a head injury should be immediately removed from the game and observe a 12-day stand-down period.

Progressive Rugby, a player welfare group, released a statement condemning the incident as a failure of “protocols and process”.

“Protocol because they failed to remove the player immediately, and process because the HIA, in place to protect the player, has failed to identify damage to the brain that was clearly there,” the statement read.

“These incidents are not only potentially catastrophic for the player, it sends an appalling message to the wider rugby community and to those considering becoming part of it.

“In a week where the governing body blown the player welfare trumpet, you would think the medical team would have been primed and ready to be super-cautious?

“So it does start to make you wonder whether World Rugby are playing a tune that not everybody is choosing to listen to?

“And if that’s the case, is it not time for the governing body to flex its muscles and show that confirmed failures simply won’t be tolerated any longer?”

Ireland were well beaten by a sharp Maori All Blacks team which scored four tries to Ireland’s one to open up a 22-point advantage in the first half.

Although Gavin Coombes crossed after the break and the Irish kept the hosts scoreless in the second term they did little to threaten the Maori lead.

The visitors also lost James Hume and Cian Healy to second-half injuries but coach Andy Farrell is expected to field a completely changed XV in the first test on Saturday.

White and Nowell struck up a friendship during their time together at English outfit Exeter and are planning to catch up ahead of Saturday night’s series-opening Test in Perth.

Nowell is an admirer of White’s feisty nature and he’s now looking forward to winding up the Australian as an opposition player.

“I know Whitey quite well. Our partners are good friends and our kids were born around the same time,” Nowell said.

“I’ve not seen him for a couple of years now so we’ve got a lot to catch up on.

“Everybody goes on about how fiery he is but I’ve only seen that feistiness and aggression from the same side, so I’m looking forward to seeing what he’s like to play against.

“I might give him a few prods now and then if I’m out there.”

Nowell is also planning to catch up with former Wallabies prop Greg Holmes, who spent time at Exeter as well.

The English winger is counting his lucky stars after recovering in time from a broken arm to take part in the three-Test tour of Australia.

The 29-year-old broke his arm during England’s Six Nations defeat to France in March, in a setback that continued his wretched run with injury.

“I jumped up for a high ball, landed on it funny and had a clean break of my radius,” Nowell said.

“It’s just one of those things. The injuries I really did struggle with were the muscle tears and then rushing to get back after I had my foot operated on.

“If anyone works out (how many weeks I’ve missed in my career to injury), please don’t tell me. It’s depressing, isn’t it?

“I try not to take things too seriously. If I started thinking like that I think I’d get bogged down quite a bit.”