Steve Smith has done so much to repair his public image in recent years but he undid a lot of that good work in a matter of seconds with his petulant reaction to being run out in the first Test.

Smith has been exemplary since returning to the national set-up after his one-year ban for the ball-tampering dramas in South Africa in 2018 and was rightfully returned to a leadership position at the start of last summer when named Test vice-captain to Pat Cummins.

But the blow-up after being run out for six against Sri Lanka in Galle was the kind of stuff you see in junior cricket when the kid who thinks he’s better than the rest of his teammates chucks a tantrum when they are dismissed.

The first thing Smith did as he sprang to his feet after sprawling in vain to make his ground was to spin around and remonstrate with his batting partner, Usman Khawaja, who was savvy enough to have turned around and not looked back after making the safety of the non-striker’s end. 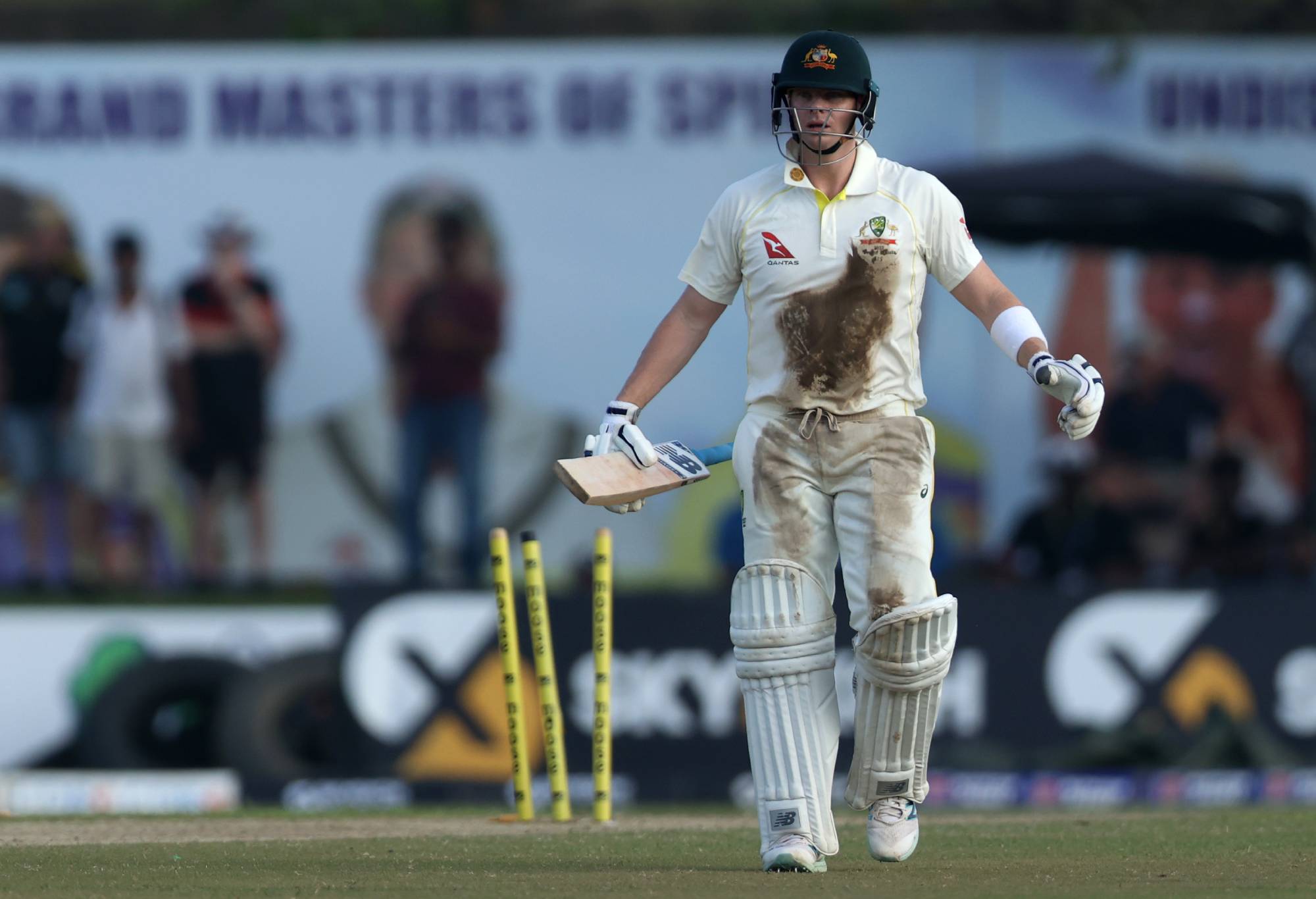 Steve Smith reacts after being run out. (Photo by Buddhika Weerasinghe/Getty Images)

Shaking his head and waving his hands demonstrably as he stormed off the wicket, the 33-year-old looked like a 10-year-old.

Whenever there’s a run-out, the dismissed batter on the field is best served by a rueful shake of the head and then keeping it down with mouth shut as they make their way to the pavilion.

Anything more than that, particularly Smith’s histrionics, only reflects badly on them, irrespective of who was at fault.

Khawaja, level-headed as always, didn’t seem to be affected one bit by Smith’s outburst and calmly guided Australia to 3-98 at stumps on day one in reply to Sri Lanka’s 212.

There will probably be an apology from Smith in the next day or so, perhaps the modern sports star’s method du jour for such stuff-ups, a carefully scripted social media post, but the damage has been done.

Pro tip: The particularly cunning ones deliver their “apology” via Instagram stories so it disappears after 24 hours and can’t be embedded by online media outlets.

The stupid part about all of it is that there was no need to scramble for a quick run anyway.

Smith had been hit on the pads by spinner Ramesh Mendis. It looked kind of close but umpire Kumar Dharmasena had given it not out, which doesn’t necessarily mean that it was the case with some of his judgments – he earlier turned down a Nathan Lyon LBW shout which the replay showed was hitting middle stump.

After being struck on the pad, Smith instantly held his hand up in a way many modern batters do, like a pre-emptive stop signal to the umpire in case they were thinking about raising the finger.

The ball squirted out to short cover and Smith set off for what was always going to be a dicey single, putting his head down as he lurched into a sprint and not seeing that Khawaja had stopped.

If you freeze the frame Zapruder style, Smith actually delivers a WTF gesture to Khawaja as he skids to a halt before trying to hotfoot it back to the striker’s end.

There would have been no need to go for that single in a white-ball match let alone late on day one of a Test when you are in command at 2-83 after rolling the home team.

It wasn’t the case in this mix-up but batters in modern cricket do themselves no favours by varying from the three words that should be used when letting your partner know of your intentions – yes, no, wait.

All this “no mate”, “no run”, “one”, that you hear through the stump mikes has the potential to cause confusion. 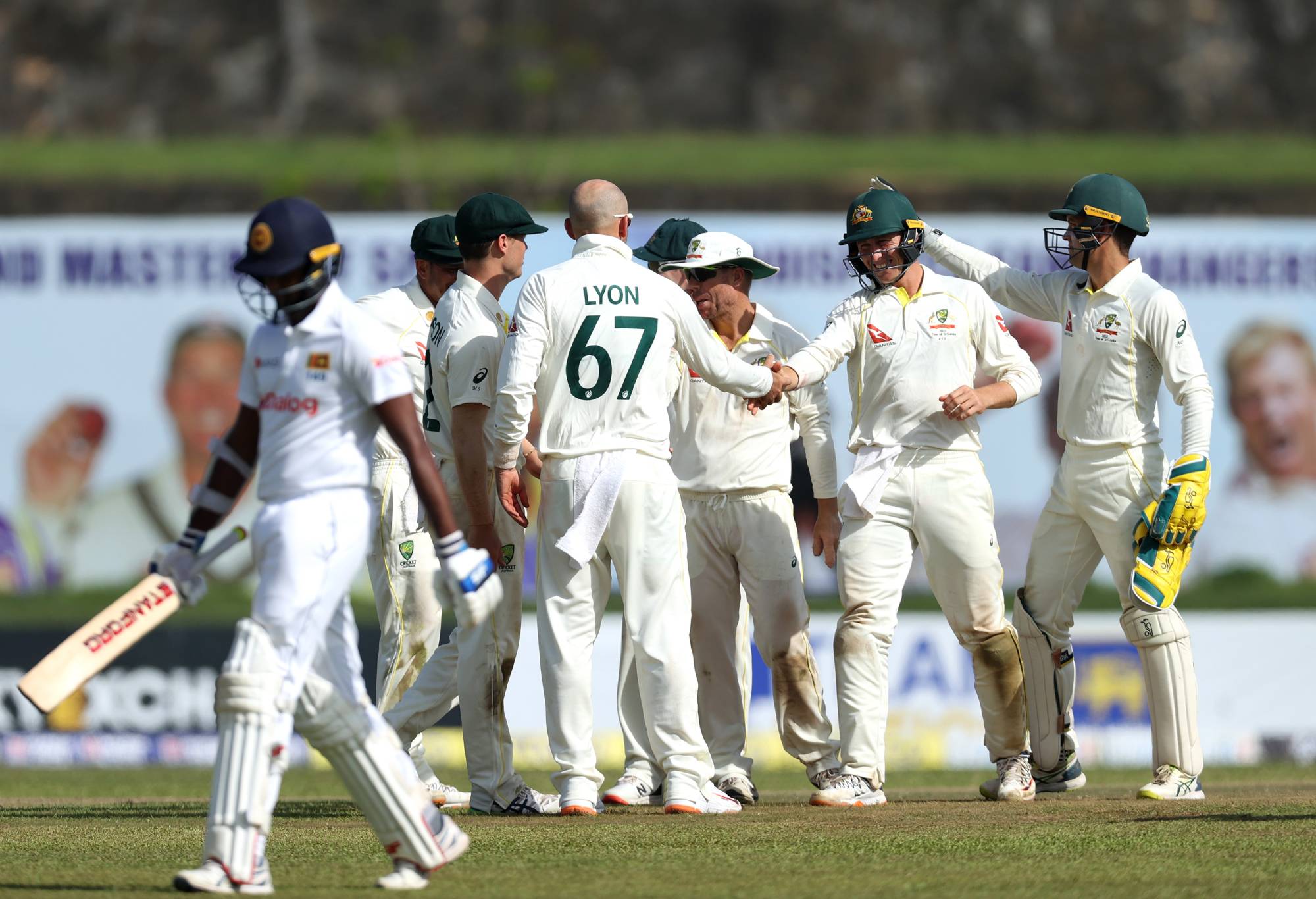 If a batter can’t convey their call succinctly with yes, no or wait, they shouldn’t be in the professional ranks.

Australia’s top order were positive in their approach on what is already a sharply turning surface. Opener David Warner unfurled a series of classy shots on the way to 24 off as many balls before he was caught in front by a Mendis arm ball that was so plumb he didn’t bother reviewing it.

Marnus Labuschagne then bashed 13 off 19, with a couple of ungainly looking sweeps to the boundary, before he needlessly tried a reverse sweep which found the only fielder backward of point.

The modern batter has mastered the reverse sweep and it still carries risk, but that’s not the point entirely – he didn’t need to be trying to score at such a rapid rate with 10 overs left before stumps.

Smith also looked more skittish than usual in his brief stay at the crease. It’s like the Australians thought the prodigious turn of the pitch was eventually going to claim their wicket so they may as well try to smash as many runs as possible before there was a ball with their name on it.

Khawaja, who since his recall late in the Ashes series has become Australia’s most reliable batter, showed his teammates how it’s done by scoring at a decent rate – he will resume on 47 from 86 deliveries – while also not giving the opposition unnecessary chances to claim his wicket.