Cricket Australia is ‘astonished’ at reports that Channel 7 has launched action in the Federal Court against the sporting body seeking to end its TV rights deal with the sport.

The relationship between the network and CA has been fractured for a number of years, with Seven infamously threatening to end the deal throughout the COVID-19 pandemic after repeated disputes.

Now, The Daily Telegraph has reported the network has filed court proceedings against CA, citing ‘repeated breaches of its six-year media rights contract’.

Should the case be successful, Seven will end its $450 million contract to broadcast Test cricket and some BBL matches. However, an expected lengthy court case would mean the network would continue under its current deal for this summer, featuring Tests against the West Indies and South Africa.

“Seven West Media Limited through its subsidiary Seven Network Limited has filed court proceedings in the Federal Court of Australia against Cricket Australia in relation to multiple quality and standard breaches by CA of Seven’s Media Rights Agreement with CA,” a Seven statement released to News Corp reads.

“The SWM proceedings will seek both: A court declaration that Seven is entitled to terminate the MRA [media rights agreement] on the basis of material contract breaches by CA which were not remedied.

“And damages arising out of past breaches.”

In a statement released on Thursday afternoon, CA said that the current contract will be ‘strenuously defended’.

“Cricket Australia is aware of reports that our broadcast partner, the Seven Network, has commenced legal proceedings against CA in relation to recent COVID-impacted cricket seasons,” the statement reads.

“CA delivered two very successful cricket seasons in 2020-21 and 2021-22, including every WBBL and BBL game (a total of 240 games over two seasons) and highly acclaimed international schedules, despite the enormous challenges presented by the global pandemic.

“In the circumstances, CA is astonished that Seven has brought this unwarranted action which will be strenuously defended.

“We look forward to another hugely entertaining summer, including hosting the ICC Men’s T20 World Cup as defending champions, welcoming a record six international touring teams to Australia, as well as the eighth and twelfth editions of WBBL and BBL respectively.” 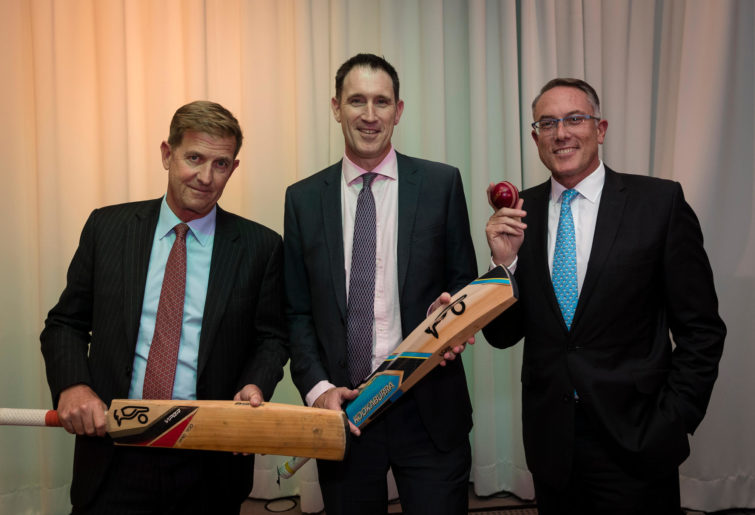 According to News Corp, the network is particularly unhappy about the standard of the Big Bash League, which has come under criticism in recent years for the length of the tournament and dearth of star players, including most Australian internationals.

Seven had previously requested a $70 million discount on its $82 million annual deal at the height of the COVID-19 pandemic, despite a full BBL competition and Test series against India being undertaken with few interruptions.

CA had offered a $15 million discount, split across the remaining four years of the media deal, while an independent arbitrator would later find the network was only entitled to a $5 million discount. That rose to $8.3 million when a previously scheduled one-off Test against Afghanistan was again indefinitely postponed.

Should Seven have its day in court, it would bring to a close one of the most turbulent broadcast rights deals in Australian sporting history.

Channel 9, the long-time rights holders, will renew its coverage of the game on Australian shores this summer, having secured all Australian matches at the home T20 World Cup in November.

Nine also has the rights to many international fixtures involving Australia, including the Ashes in England. However, it is unclear whether Nine would choose to bid again for the rights should Seven’s deal be annulled, having moved to cover the Australian Open tennis tournament during the summer since losing the cricket rights in early 2018.

You don't have to be dead to be stiff, Dean Elgar! 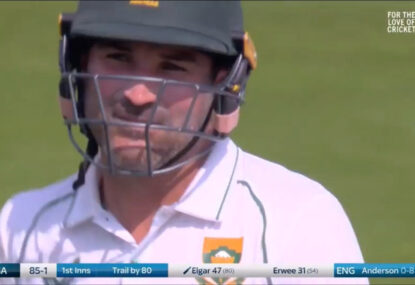 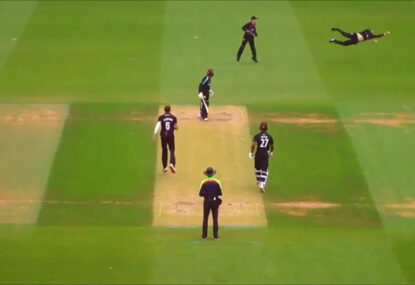 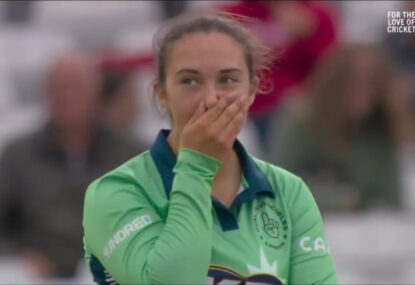 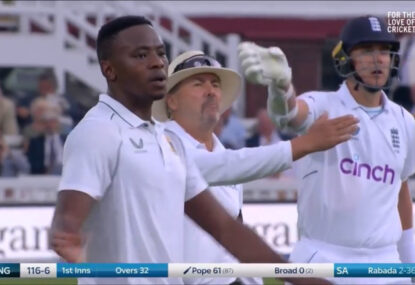 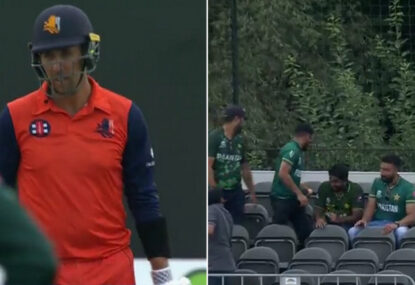