Let’s accept that COVID and injuries have delivered a circumstance where coach Ian Foster and his crew are somewhat at the virtual arts and craft table with the PVA glue out, making sure things don’t fall apart before they even begin.

But the selection for the first Test still has a ‘maintain and hold’ feel rather than a targeted approach with the resources available.

But after the selection of two true number eights in the squad, I wonder why they didn’t start one of them.

The issues of selecting a non-specialist at eight are myriad and in 2021 contributed as much to the forward pack’s under-performance as the partnering of Ardie Savea with Akira Ioane did.

The selection of Scott Barrett at blindside recognises the need for a reliable lineout option and for greater work rate out of the position.

But by not changing the selection at eight, they are simply heaping a workload onto Sam Cane and Barrett that is not called for.

If, for example, Hoskins Sotutu was the starting choice, what would the All Blacks actually lose versus the gains his core skills would bring? Not a lot, for mine.

Now the caveat: we haven’t seen this selection play out, yet so I am hoping we will see a trio working narrowly and together, rather like we saw from the Māori group on Wednesday.

It’s not as if Savea cannot play a tight, hard-at-the-ruck game, he just hasn’t of late.

Stopping the Irish momentum at the source, on the carry and at the breakdown is critical to knocking them over on the scoreboard, so here’s hoping that’s where the coaching direction is.

Winning the kicking game
I am writing this before the All Blacks’ afternoon press conference so I don’t know if the illness and missing training days by Richie Mo’unga impacted selection.

But the difference in the territorial and tactical kicking game of this side versus one that has Mo’unga, David Havili and Will Jordan in place is a gulf and it is a worry.

We saw over the course of the last international season how Jordie Barrett was taking on more and more of the in-game kicking as each Test went by.

If the All Blacks are to pin the Irish back in the right part of the park, then he is going to be a very busy boy.

The tight five
Surely this was a selection with which they could have been aggressive.

For all the forward issues last season, the scrum was not one of them and there was a real chance here to go after the Ireland first-choice pack, even more so now that Ireland have only one functioning loosehead remaining and Ian Henderson has headed home early.

Starting Samisoni Taukei’aho alongside George Bower and Nepo Laulala would have been an ideal opportunity to knock this Irish side off its axis early in the piece.

The exclusion of Laulala altogether – the one Blues prop who hasn’t been touched up in recent weeks – shows the underlying ‘we will outrun you’ thesis of this coaching group remains.

There are places you need rocks, and tighthead is one of them.

The midfield defensively must be a concern.

There are no issues going forward. Quinn Tupaea will offer himself up time after time as the All Blacks look for gain-line metres in the narrow channels before hopefully finding a way to get the ball to the genuine flyers we have out wide. 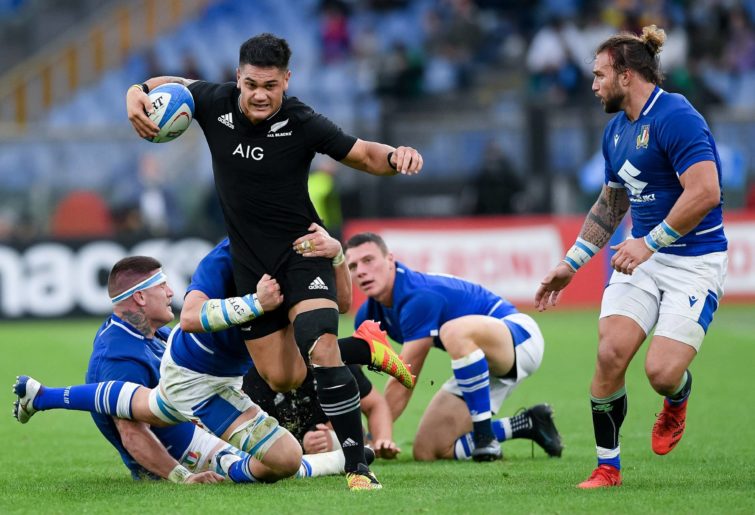 But the concern must be defending the middle of the park, based on the evidence of the last Six Nations and even during the New Zealand Māori game.

Ireland, especially with Johnny Sexton in the ten shirt, find the majority of their space in behind their own 12 and 13 with either wrap-arounds or blocks off short balls from forwards to backs being almost their only source space creation.

I remain doubtful this All Blacks midfield has the game awareness to read what is going on here so a big night is in store for the cover tackling of Sam Cane and Ardie Savea.

Oh, and by the way, how does Braydon Ennor feel? He is not good enough for squad selection, but was called in to bail out the side when they are in cattle trouble. That is not a good look.

I did note that the Māori All Blacks’ replacement ten Rueben Love read the pullback pass perfectly on one occasion and smashed a tackle behind the gain line, forcing the counter-ruck and turnover. A few of those will be needed on Saturday.

Once the virus raised its ugly head, this was always going to be a New Zealand selection that would look a little odd, but that spine of two-eight-ten-13-15 looks a little light on for mine, even in the circumstances.

All the best to those selected in what must be a challenging day-to-day environment.