The Broncos were just a quarterback away last season and after trading for Russell Wilson over the off-season, how far can they go?

Strength
The Broncos’ defensive unit as a whole was the strength for them. They conceded the third-fewest points in the NFL, with their run defence being a specific strength only conceding nine rushing touchdowns, the fewest in the NFL. On top of these statistics from last season, they added Randy Gregory from the Dallas Cowboys to pair alongside Bradley Chubb and rush the passer. I expect this to be a strength again for the Broncos.

Weakness
When looking at Denver last season, the big weakness for them was their passing attack. They were in the bottom half of the league in first downs, passing yards and passing touchdowns. However, as mentioned, they traded for Wilson during the off-season who provides a significant upgrade over Teddy Bridgewater, so these numbers should improve. Russell Wilson in his days at the Seattle Seahawks. (Photo by Stephen Brashear/Getty Images)

Player to watch
Denver used the 15th overall pick in the 2020 NFL draft on wide receiver Jerry Jeudy from Alabama. An ankle injury in Week 1 stunted his development with only 38 catches last season but he has the talent to breakout in 2022-23. With a better quarterback and a clean bill of health at this stage of the off-season, I expect Jeudy to take a massive jump and announce himself as one of the best route runners in the NFL.

Who’s under pressure?
I think this is an easy question and the answer is Russell Wilson. The Broncos have been a good quarterback away for a couple of seasons now and despite the great resume and reputation that Wilson brings, he struggled last season. A finger injury kept him out for part of the season, and he never looked the same upon return. Denver mortgaged their future for success now through Wilson, so the pressure is square on his shoulders.

Projection
There is so much to like about the Denver Broncos and their chances this season. They have the outstanding defence that has included Randy Gregory, they have the dynamic backfield duo of Javonte Williams and Melvin Gordon and the new shiny Quarterback. The only thing that you have to worry about with the Broncos is the division they are in. The AFC West shapes to be the best in the NFL, so division games will be ultra-important.

The Denver Broncos are synonymous with playoff runs and contending for Super Bowl titles but, for the last three seasons, the team has been… 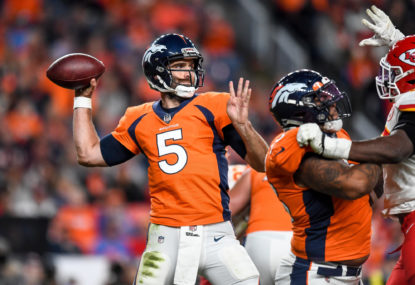 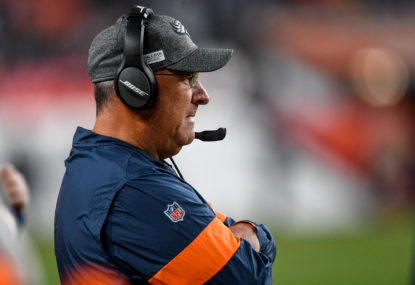 Denver Broncos general manager John Elway is back to his old tricks. After acquiring the services of the great Peyton Manning in March of… 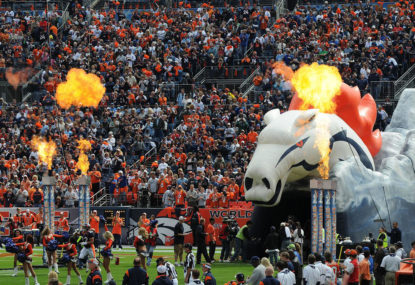