If you spend of a lot of time listening to Trent Robinson’s press conference, you will have noticed a theme.

For the first few weeks of the season, he talked about the spine as essentially a work in progress, not a week-to-week basis but exclusively on a month-to-month.

In Round 1, after losing to Newcastle, Robbo mentioned his team had not trialled most of their star players, and said it showed.

After their Round 3 defeat to Souths, he said his team ‘just couldn’t get it together’ in the halves ‘under new leaders’.

When they lost to the Bulldogs in Round 8, he told the media conference: “I know they’re working really hard and they’re sort of going ‘why isn’t this coming together?’ and that’s on the coach. The job is to put it together.”

Far be it from me to criticise Robinson, who has forgotten more about coaching footy than I will ever know, but the results would suggest his team continue not to get it together.

This Friday night in Penrith, we’ll get the first major change of strategy as Joseph Manu moves to five eighth to deputise for Luke Keary, with regular stand-in Drew Hutchison shunted back to the bench.

“It’s important for him to impact the game in his style and as much as possible, and that’s our role as well.

“Obviously with Luke out, Drew has played a role for us most of the year, but we want to get those guys touching the ball as much as possible. 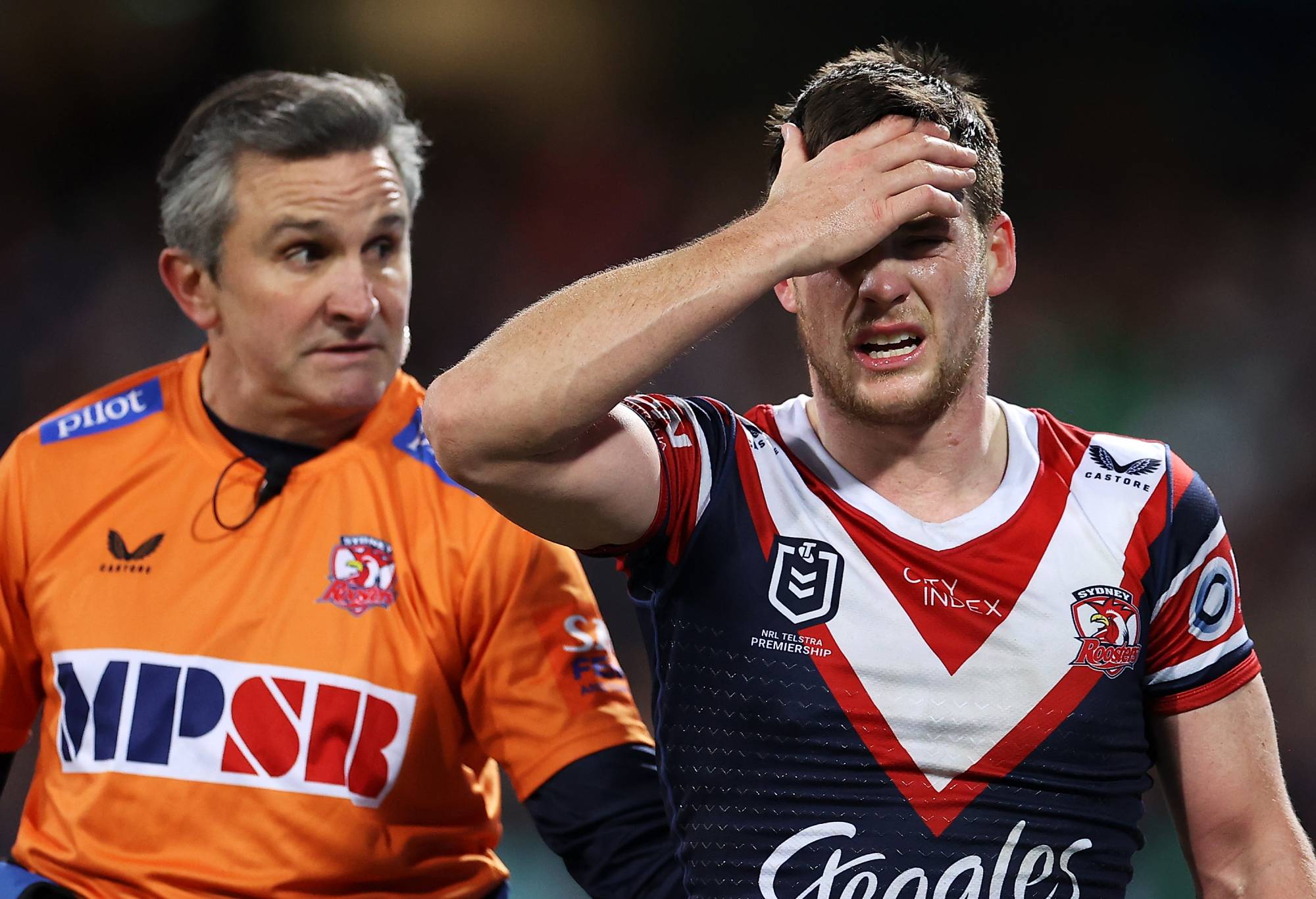 “He went to five-eighth against Melbourne and had a really good impact. He’s played there before. We thought, ‘let’s get him out there.’

“We always try to put a guy in a place, but Joey will find a way to play footy, whichever position you put him in.”

Manu is faced with an unenviable task in taking on the premiers in their own backyard, but he presents a potential solution to the ongoing halves issues that Robinson faces.

He might have found his way into the No.6 jersey thanks to the unfortunate concussion problems Keary is going through, but as ever with these things, necessity can be the mother of invention.

It’s hard to remember how the Roosters set out to win this year, because they’ve been smashed so badly by injuries.

The initial plan was clearly to run the attack through Victor Radley, with his numbers in the key metrics for a ball-playing lock being right up there with Cameron Murray and Jake Trbojevic, which would have allowed Keary and Sam Walker to be stationed further out wide and more suited their strengths.

Radley would play as a link between wider halves, who were given licence to join up on both sides and create.

It also gave license for Hutchison, deputising Verrills at 9, to use his excellent long pass to get wide of the ruck, and for Connor Watson, with his running game, to change the tempo from the bench.

One recalls a try that Keary laid on for Nat Butcher late in the win over Manly in Round 2 that saw Hutchison feed Walker wide, who got it wider still to Keary, with Butcher taking a crash line enabled by Radley running support out the back. The plan worked to a tee.

The last time that Keary, Walker, Verrills and Radley all started together was in their demolition of the Titans in Round 9.

We’re now in Round 16, almost half a season later. Not many spines would survive losing their best choice 9 and 13 for extended periods, and indeed, the Roosters haven’t: they’re 2-4 since then.

Now, with Keary out and likely out for a while, Robinson has made his move, and his words about getting the footy in his star centre’s hands more often certainly have a lot of sense in them.

Manu is, clearly, one of the best centres in the comp. I could dig stats out but I don’t think we need to.

He’s also one of the best fullbacks in the comp, but surplus to requirements in that position given that James Tedesco exists. 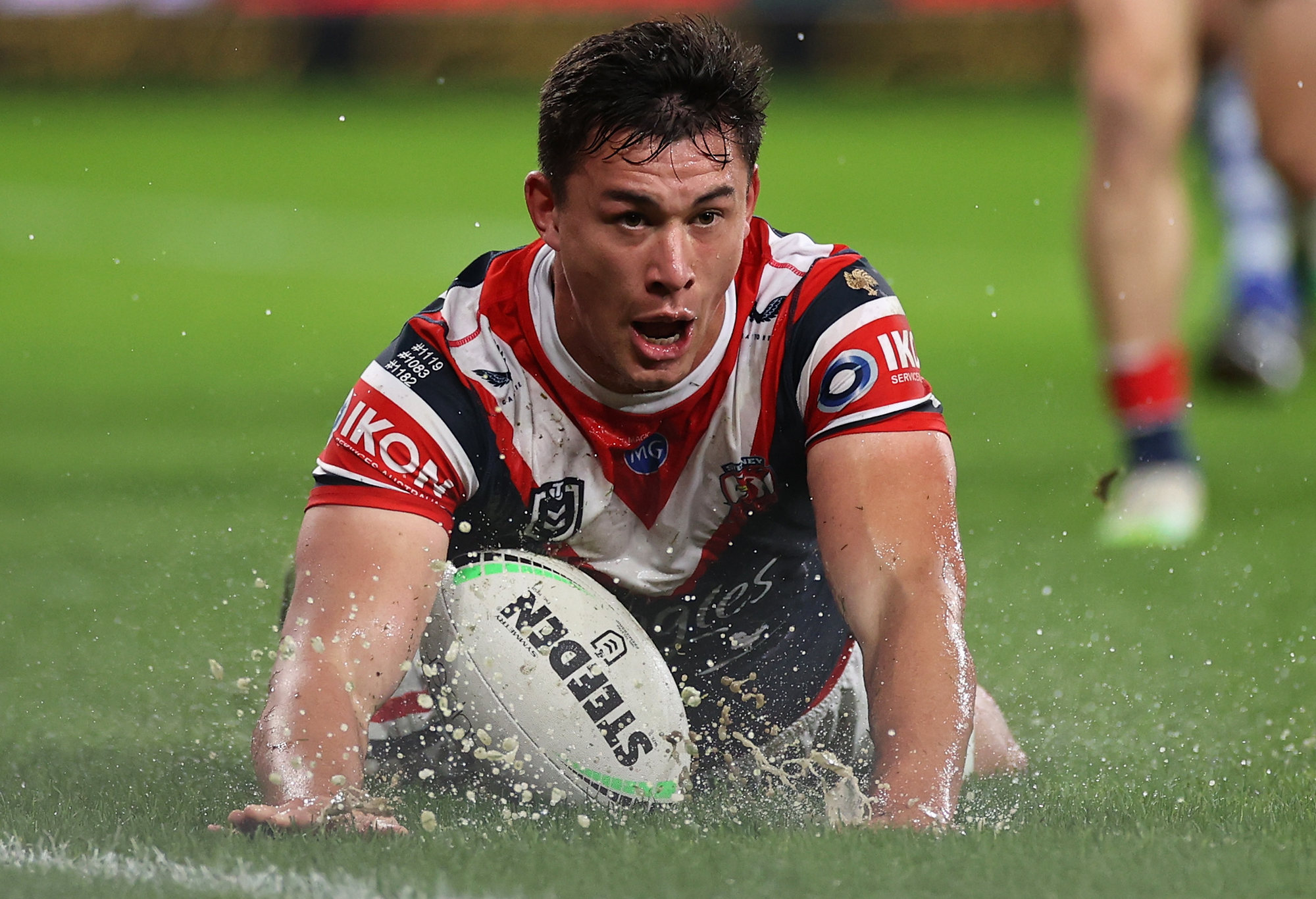 This will only be his second game ever in the halves, but he has such a huge potential. One of the knock-on effects will be Walker moving to halfback, which will bring much-needed clarity to the role.

Neither Walker nor Keary is a pure halfback, or indeed, a pure five-eighth, and while Keary has done the bulk of the traditional 7 role, I’m not sure he’s better at it than his younger counterpart.

Keary has played almost all his career as a five eighth, save for this year, three games at the start of last year, and half of 2016 with Souths. His career win percentage as a 7, for what that is worth, is less than 50%, while at 6, it is closer to 65%.

Walker has split roughly 50/50 between five eighth and halfback, but was clearly told to take second fiddle to Keary where possible. He has fewer touches, does less of the kicking and triple the running of his partner.

The touches are emblematic. Keary averages 51, which is pretty much in the middle for a 7, with Walker on 35, Tedesco on 32 and Manu way down on 20.

That means Walker doesn’t really get the ball enough for a 6 – compared to other five eighths in the league, at least – while Tedesco gets it quite a lot for a fullback relative to his peers.

Manu gets it, on average, about as much as a regular centre and one would hope, given the exceptional talent, that he had an above-average share, because almost all Roosters attack should really focus on him and Tedesco.

When Manu gets the footy, he’s obviously exceptional: his stats for tackle breaks, line break assists and line breaks for himself are all in the top 5% of the NRL. In terms of an efficiency player, he’s right up there with the very best in offensive production per touch. 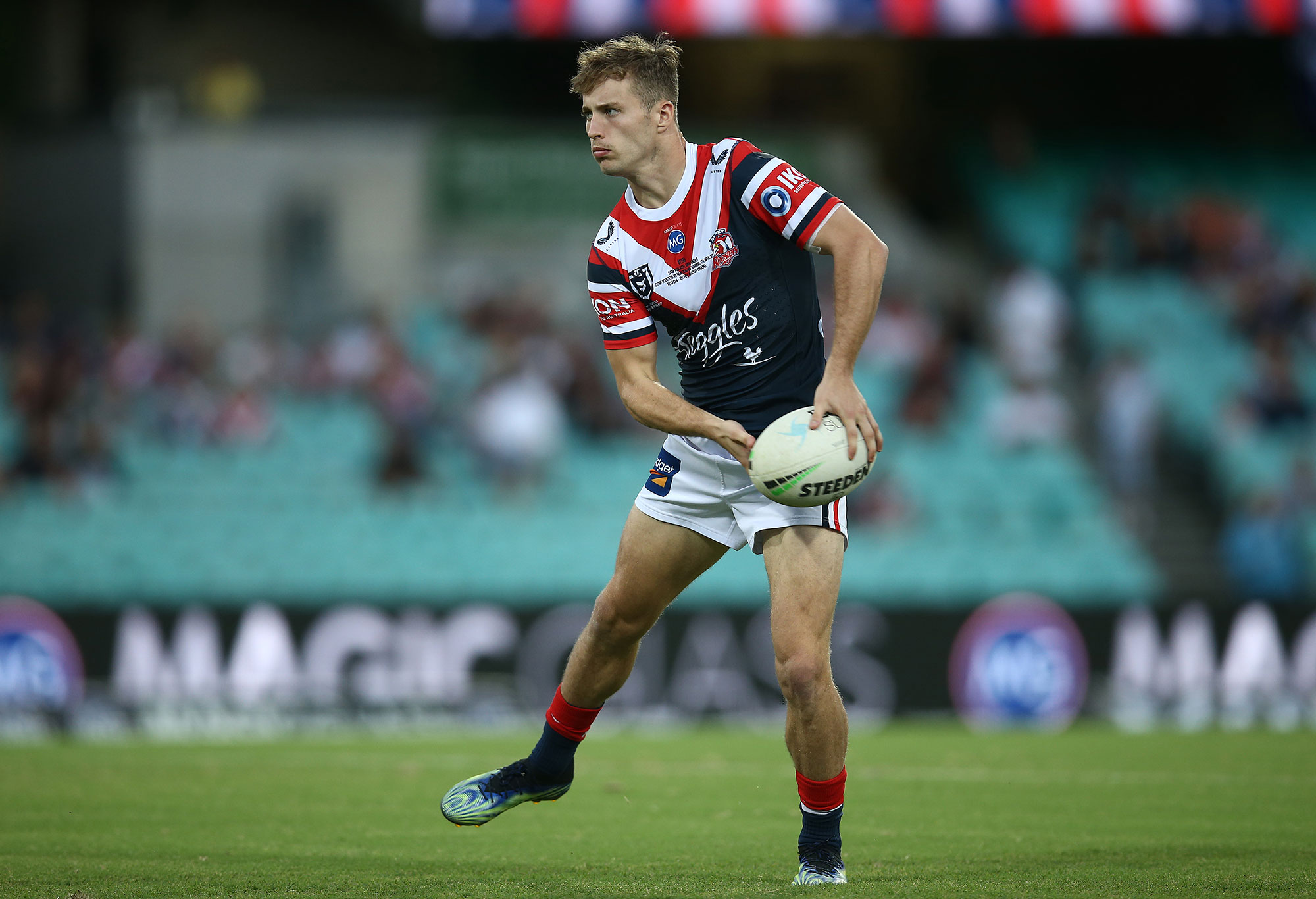 In the admittedly small sample size of two games played at fullback – an Origin-affected loss to Canberra and New Zealand’s win last week over Tonga – his numbers were insane.

Off around 40 touches in each, he topped the metre charts (including his world record 404m), broke 17 tackles against the Raiders and generated offloads, line breaks, assists and more.

There’s been no evidence that Manu gets worse the more that he touches the ball, and indeed, some evidence that he gets better when asked to do more.

Prior to the start of the season, I thought that Robinson would actually empower his star centre to roam the field and find stuff for himself to do, especially in mid to good ball, but that hasn’t really been the case.

Indeed, he touches the ball about as often as whoever is playing centre on the other side of the field – and while, obviously, it is not good to have a massively imbalanced attack (just ask the Tigers or Bulldogs) there is some benefit to getting the ball in the hands of your most dangerous players.

Manu is a significant upgrade physically on Keary – again, obviously, given that the Kiwi is much taller and heavier – and that might help bolster the failing go forward, with the added carries, quick play the balls and offloads available in a run-first, big bodied 6.

If Walker can do his part of the bargain, which is taking up Keary’s slack in organisation and kicking, then the Roosters might solve their big issue. It might not happen against Penrith, but it might help the Chooks no end going into the race for finals footy.