The A-League Women’s is finally getting its long-awaited expansion, with two more teams to be included in the competition over the next two years.

Western United will debut in the 2022/23 season, which is due to kick off on November 18, while the Central Coast Mariners will make their return to the league for 2023/24, bringing the total number of clubs in the competition to 12.

The latter season will also be extended to a full 22 round home and away season, with 132 matches total. It finally brings the league in line with many other domestic football leagues across the globe.

It’s a massive boost for women’s football, with the hope that more teams and matches will bring in more fans and supporters.

The schedule has also been adjusted to more viewer-friendly time slots (COVID and weather permitting), with 18 rounds in the upcoming season being played over the weekend, and mid-week games to feature during the school holidays.

The Australian Professional Leagues (APL) is hopeful the ALW can capitalise on the hype and build-up surrounding next year’s FIFA Women’s World Cup, to be jointly hosted by Australia and New Zealand.

A-Leagues CEO Danny Townsend said they want to make sure women and girls have the support and opportunity “to build and grow a lasting relationship with football, the country’s most participated in sport”.

Catering to the casual football fan is something that the A-Leagues historically haven’t been good at.

Faith and support in our national teams has never been higher, with football enthusiasts getting firmly behind the Socceroos with their qualification into the Qatar World Cup later this year, and expressing their frustration at the Matilda’s poor form against Spain last week. 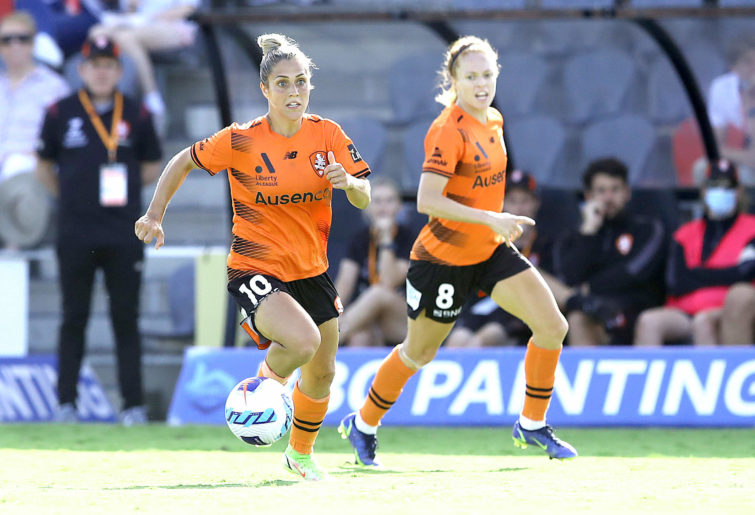 Jumping onto the patriotism bandwagon is a fantastic move, and one they should have made across all leagues a long time ago.

They’ve also decided to try a new tactic in engaging audiences for women’s football. The APL will target women’s football-specific fans, and tailor their fan-engagement initiatives towards them.

They’ve outlined several areas of growth and redesign for the ALW, which includes more active brands and sponsors to cater towards women’s sport fans.

It’s extremely promising to see all levels of Australian professional football research and recognise the unique circumstances surrounding the game, as well as the fans that watch it.

The introduction of the Club Championship last season made the women’s game slightly more enticing, but the promise of grass-roots support and proper engagement strategies will only continue to build the sport.

Female players will also be getting a significant pay rise, in an effort to close the wage gap to their male counterparts.

The minimum salary for the competition will increase by over 50 percent over the next two years. It’s hoped that more attractive salaries and a more intense competition schedule will entice and retain not only international players, but show younger players that a career in women’s football is possible.

Professional Footballers Association Co-Chief Executive Kate Gill confirmed players were central in the new competition design, and that having a “strong and sustainable league … will develop the next generation of Australian talent.”

It is an extremely promising and exciting time to be a football fan, especially a women’s football follower. If the APL, FA and World Cup organisers can continue to effectively work together to bring these promises to fruition, women’s football, from grassroots to the Matildas, can become one of the best national women’s football competitions in the world.