In a massive upset that would easily be a contender for upset of the year, Jai Opetaia (22-0, 17 KOs) has defeated now former long-reigning three-time Cruiserweight champion Mairis Breidis (28-2, 21 KOs).

Breidis put his IBF and Ring Cruiserweight titles on the line against Opetaia in a fight that many, including myself, thought would be an easy routine defence of his titles, but how wrong we were.

In a performance that would rival any championship performance by any challenging Australian for a world title, Opetaia shocked the world by dominating Breidis in a clinical and brutal performance that saw Opetaia break Breidis’s nose in the fourth round, a moment that changed the course of the entire fight.

Furthermore, it was revealed by commentator Ben Damon after the fight that Opetaia had his jaw broken in two places and spent the majority of the fight with a broken jaw.

With his footwork, power and skill set, Opetaia was able to use his distance to keep Breidis away from him and control the tempo of the fight while rarely getting into a brawl with Breidis, despite there being some moments where Breidis would have taken command, Opetaia was in control of the fight.

After 12 brutal rounds that will go down in Australian boxing history as some of the best, the judges unanimously gave the fight to Opetaia with the scorecards reading 116-112, 115-113, 116-112 all for Opetaia.

The only question now is what’s next for Australia’s new boxing champ?

Obviously first a long recovery to heal his broken jaw, but after this many opportunities exist, first obviously a rematch with Breidis or a unification bout with the other Cruiserweight champions. 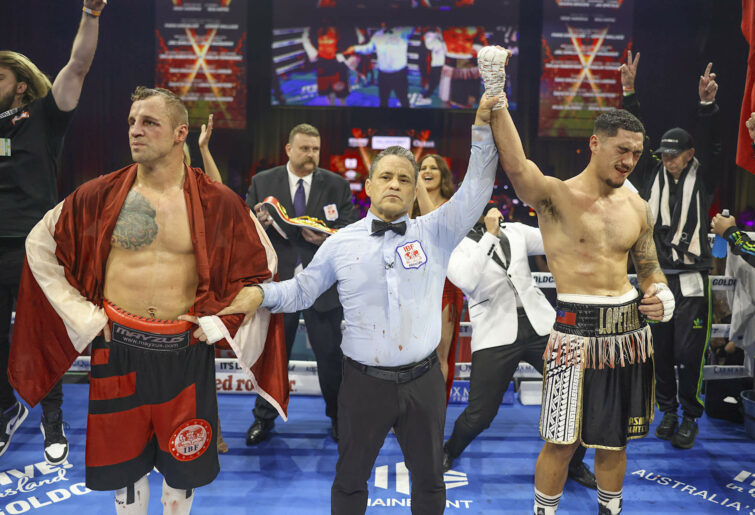 WBO champ Lawrence Okolie, who had been lobbying to fight Breidis for near two years now could be a real possibility, as his promoter, Eddie Hearn of Matchroom Boxing, has just broken into the Australian market with the upcoming Paro versus Jarvis bout in September.

WBC Cruiserweight Champ, Ilunga Junior Makabu, a Don King fighter (that’s right, Don King is still around), would be the easiest of the unification bouts for Opetaia (with the size and age advantage to Opetaia) while WBA champ Arsen Goulamiran would be an interesting fight as Goulamiran defeated Australian fighters Kane Watts and Mark Flanagan previously.

With the historic win, Opetaia joins the ranks of huge upset wins including Lionel Rose win over Fighting Harada in 1968, George Kambosos Jr’s win over Teofimo Lopez in 2021 and Jeff Horn’s win over Manny Pacquaio (ironically enough exactly five years to the day).