Can one of these three sides dethrone Penrith?

The NRL is reaching the pointy end of the season, as things begin to heat up and teams look to solidify their place in the finals.

The reigning premiers will be attempting to win back-to-back premierships, whilst other clubs fancy their chances to become the new champion.

Here are my top three teams who could knock off Penrith, listed from 3-1 (least likely to most likely).

The Brisbane Broncos are delivering a historic turnaround season, as they’re currently sitting in fourth on the NRL standings, after finishing in the bottom three in the past two seasons.

Brisbane are playing outstanding footy and they officially have launched their premiership bid after dominating the Parramatta Eels last Thursday night.

The Broncos have lost just two of their past 12 matches, which shows they’re very consistent.

Adam Reynolds has led me to believe that he is certainly the signing of the year and has made not just himself better, but others around him as well. Souths are missing a big piece and the Broncos have finally found themselves a high-quality halfback. 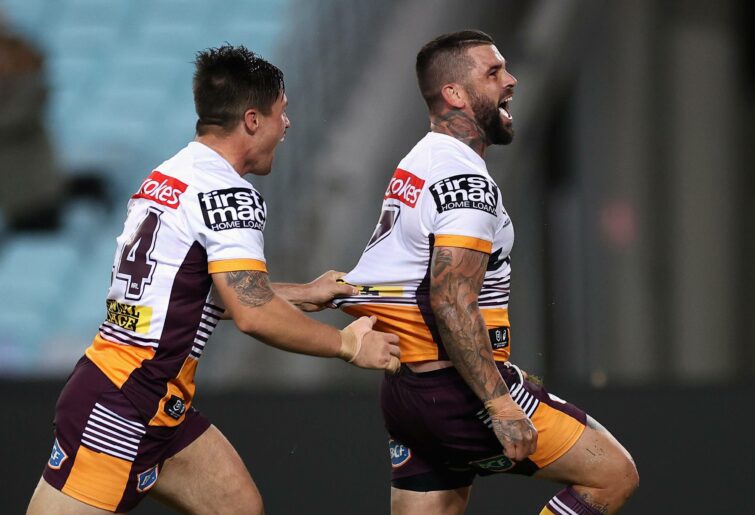 The two games they recently lost were at the hands of the Melbourne Storm and North Queensland Cowboys. Those clubs are both very high quality and will pose a threat during finals time, although that’s no excuse, given it’s likely Brisbane will have to play both those sides if they want to make a deep finals run.

Despite having the benefit of the doubt against a proclaimed ‘robbed’ Tigers, North Queensland are another Queensland team who are thriving and have made unbelievable improvements.

The Cowboys have been the most impressive and improving team throughout the season and continue to put on an exhilarating show for their fans each week.

Many players were also featured in this year’s State of Origin series and had a major impact on the result. It’s incredible how far this team full of young guns has come. The player development and club management need to give themselves a good pat on the back.

The Cowboys are currently the team sitting closest to Penrith on the ladder, however they were left scoreless against the reigning premiers earlier in the season.

I believe they’ve improved since then and will find themselves deep in the hunt for a premiership.

The South Sydney Rabbitohs were a sideline conversion away from sending the most recent grand final into extra time.

The first half of this season didn’t meet the expectations set for Souths, as they were sitting in eighth spot on the ladder and held a .500 record after 12 rounds. Since then, Souths have lost just one of their past seven matches and are arguably the most in-form team in the competition at the moment.

Latrell Mitchell is adding the 2021 Tom Trbojevic effect on the Rabbitohs, as they’ve displayed their best performances of the year after the fullback returned to the side.

Latrell is mesmerising to watch and he’s one of those players who apply full effort in every game situation and sometimes that’s the type of individual a club needs to help get their season back on track.

The Bunnies have an enticing test against Cronulla on Saturday and a win can give them a massive confidence boost, heading into the final stretch of the season and of course finals time.

It will be very hard for anyone to beat Penrith, especially in September, although if there’s any team that can do it, it’s Souths.

They can change the game in an instant, and I believe they can flick a switch and put Penrith on the back foot. The Bunnies may not finish in the top four, however, another grand final appearance is on the cards.