'Advertising a sin': A Christian perspective on Manly's pride jersey

There has been much debate and outrage at the seven Sea Eagles players refusing to play in the Manly Pride jersey.

This has lead to many personal attacks on these players and on religion from media personalities, fellow sports stars and political commentators; yet there hasn’t been any real perspective from a Christian.

I will attempt to speak to those who are not religious to try and explain where we are coming from.

The biggest issue I have is that the point of the jersey is to encourage inclusiveness, which I find ironic as almost half of the Manly team are excluded from the team.

How can you want all people to feel like they are accepted, yet force them to wear jerseys which oppose beliefs so sacred to them?

Will a gay athlete wear an Islamic-themed jersey? Islam is quite explicit in its opposition to homosexuality. If the gay athletes refuses to wear will they be an Islamophobe?

I don’t agree with this sentiment; I understand why a gay athlete would not wear the jersey as it antithetical to their views.

The same logic can be applied to the Manly players. Sonny Bill Williams refused wearing a jersey with a betting sponsor as it went against his religion. The same goes for AFLW player Haneen Zreika, who refused wear GWS’ pride jersey earlier this year on religious grounds; yet it seems Christians are the ones who cop the scrutiny.

Another piece of irony is that prayers by players kneeling in a circle are broadcast on TV after every game. Hymns sung by the Fijians before every game are often applauded and bring up no controversy.

These are all Christian forms of worship. This is the same religion now confronted by ridicule, yet happily shown on TV.

Futhermore, I challenge the so-called hypocrisy people accuse Christians of for picking and choosing what parts of the religion to follow.

Despite players wearing a jersey with “Pointsbet”, a gambling company, on it and playing in a stadium sponsored by a beer company “4 Pines”, they have no objection to either.

So having a beer or wine (Jesus drank wine) or putting on a bet while avoiding being greedy and being a slave to money is fine.

However, homosexuality is something that has been classified as sin in both the Old and New Testament, hence why it’s still forbidden in Christianity.

Now we have established why Christians can drink alcohol and gamble but not engage in homosexuality.

We firmly believe that we should treat homosexuals no differently to anyone else; we believe “love thy neighbour” and Jesus encouraged us to help and care for the prosecuted.

In fact, my priest two months ago urged us to not judge homosexuals as we ourselves are sinners, but to stand up for them when they are subjected to abuse and homophobic slurs, and I actively do that.

Despite our differences, we are all human. We are just against the sin itself not the sinner; the act not the person. That’s why there is such objection to wearing the pride jumper, as it is a form of advertising a sin.

This would be no different to wearing a jersey advertising adultery or stealing. We cannot encourage sin.

But just because we don’t promote homosexuality doesn’t mean we can’t coexist and be civil.

Kyle Sandilands has said some outright offensive rhetoric about our religion but is protected by freedom of speech; I ask can we be afforded that same luxury? 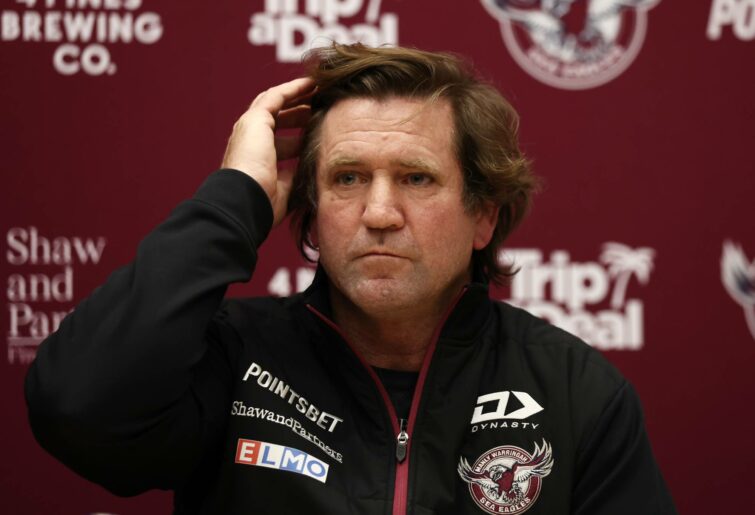 I work with a Sikh, a Buddhist and someone who might be described as being from the ‘alt left’. We get along fine, as we acknowledge and respect our differences without the need to force it upon each individual.

I am going to conclude with my experience with Pacific Islanders, in particular Samoans and Tongans, who hail from nations where 97 percent of the population is Christian – and homosexuality is illegal.

They have grown up with their family and friends who go to church every week, pray together and read the gospel, sing hymns and many more things.

Chances are you would probably have the same views as the seven players if you grew up in the same environment. I imagine those seven players are similar to me, in that we believe God is real and the Bible is the truth, which means you must do your best to follow it as there is a danger of going to hell and burning forever if not followed correctly without repenting.

I understand most readers will laugh this off but we believe this with all our hearts. So please learn to respect our faith.

It’s vital there is dialogue between all involved parties, where we can all practice our beliefs with a mutual understanding of respect regardless of our diametrically opposed views.