Will Alex Twal ever score a try?

Rugby league is fast emulating that other great Australian game, cricket, with a growing interest in statistics, records and milestones.

We all marvel at Alex Johnston’s try-scoring feats as he races up the all-time try scoring ladder; some of us long for the days when a club could win 11 premierships in a row; and most of us pretend to celebrate Cameron Smith’s records for just about everything.

Unfortunately, every now and then, a milestone can be reached and almost slip by unnoticed. Well not on my watch!

Rugby league aficionados, and the few dozen remaining Wests Tigers supporters, will no doubt be aware that on 20th May this year, the Tigers’ own Alex Twal set a benchmark that stands a good chance of lasting as long as the great game of rugby league itself, when he played his 100th game in first grade without scoring a try.

He’s now moved that mark along to 102 games, and with his current injury, we may not see him back on the field this year.

Hopefully the big forward will be back to full fitness sooner rather than later, as the Tigers need wholehearted players like him, but when he does return, he’ll need to be careful to keep his record intact.

Recent history shows that inattention to detail can see even the least gifted attacking players cross for a four pointer when they least expect it. 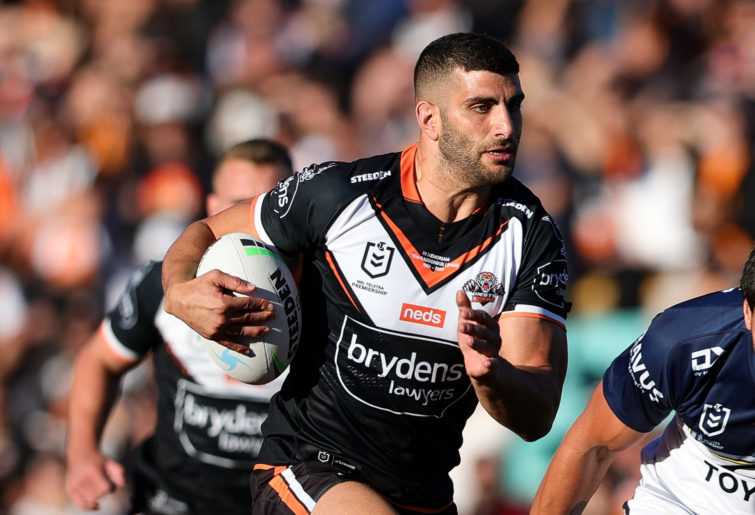 The Dragons human pie van Blake Lawrie crossed for his first try this year after 91 games in the top grade, NZ test forward Jason Lowrie racked up 139 games back in the 1990s before he eventually stumbled across the line for his first try, and even ambling dolts like Dylan Napa (6) and Kane Evans (9) have got across the line on multiple occasions.

For history buffs, Alex Twal went past the now forgotten Canterbury fullback Lin Johnston from the war years to claim this record. Johnston played 91 games for the Dogs between 1940 and 1946 without ever crossing the stripe, although he did manage to kick 144 goals.

That’s some effort from a fullback.

Get well soon Alex, the Tigers need you and the greatest game of all needs you. Let’s hope you make it back onto the field soon and push the barrier out to a truly unassailable position over the rest of your career.

Personally, I believe you can get to the 150 try-less game mark, and if you do, that record will never be beaten. Don’t go changing Alex, be proud of your record, hold your head high, chin up and chest out.

Ignore the sniggering behind your back, the quizzical looks, the clueless pundits, and the pathetic keyboard warriors.

This record is yours to lose. In years to come, when the latest Tiger’s coaching master plan fails, and the club is forced to merge with the Bulldogs, your record will stand out like a beacon in Wests Tigers folklore.

Stay strong Alex, stay focused, and most of all… stay away from the bloody ball!